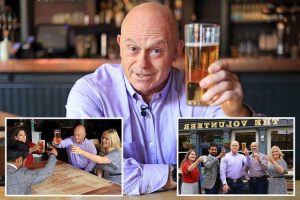 ROSS Kemp is raising a glass to the valiant volunteers who have stepped forward to help Britain through the pandemic.

After a year of witnessing the dedication of selfless members of the public – including our amazing Jabs Army recruits – the former Eastenders star swapped the Queen Vic for the The Volunteer pub in Baker Street to join pandemic volunteers for a well-deserved drink in the sun. 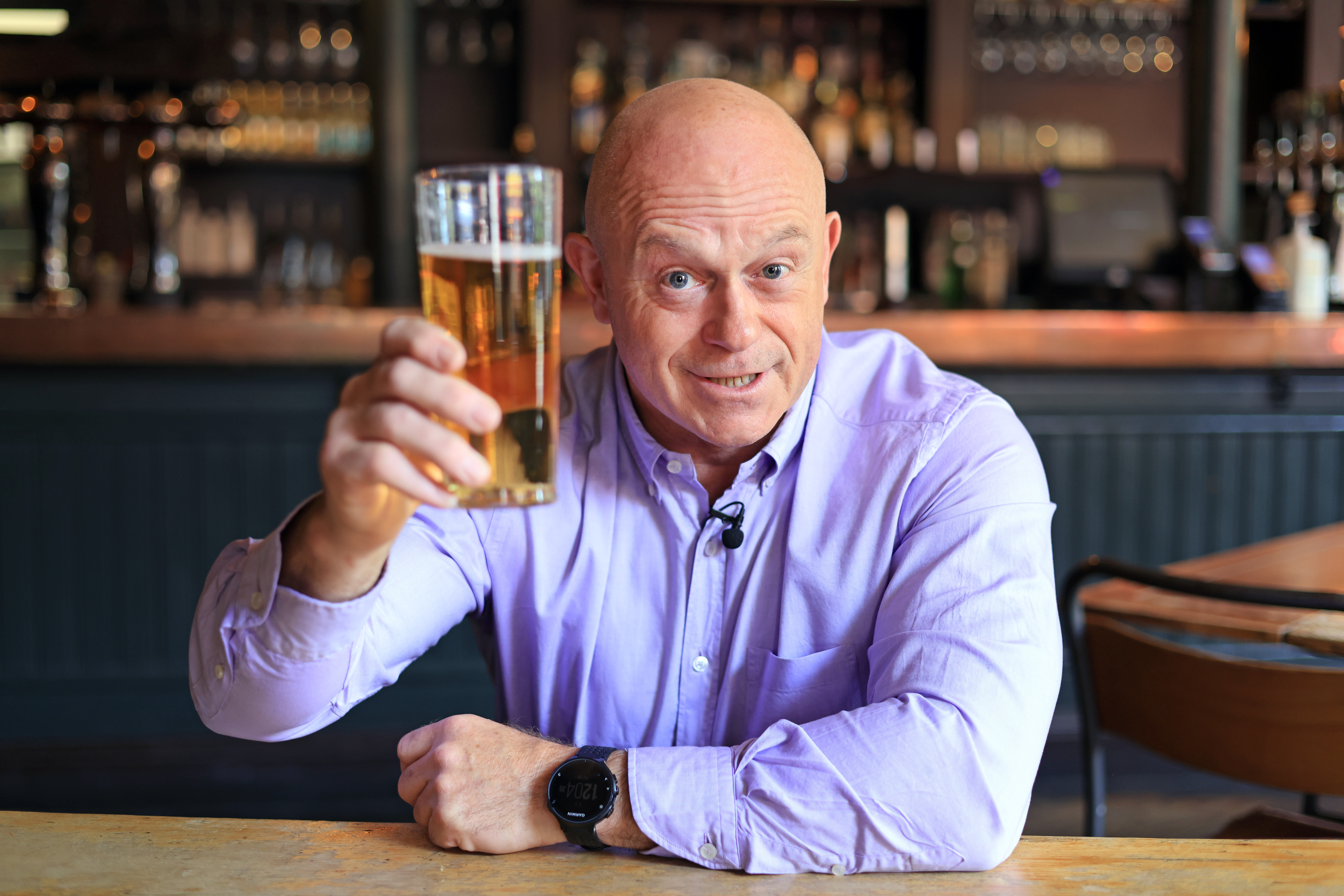 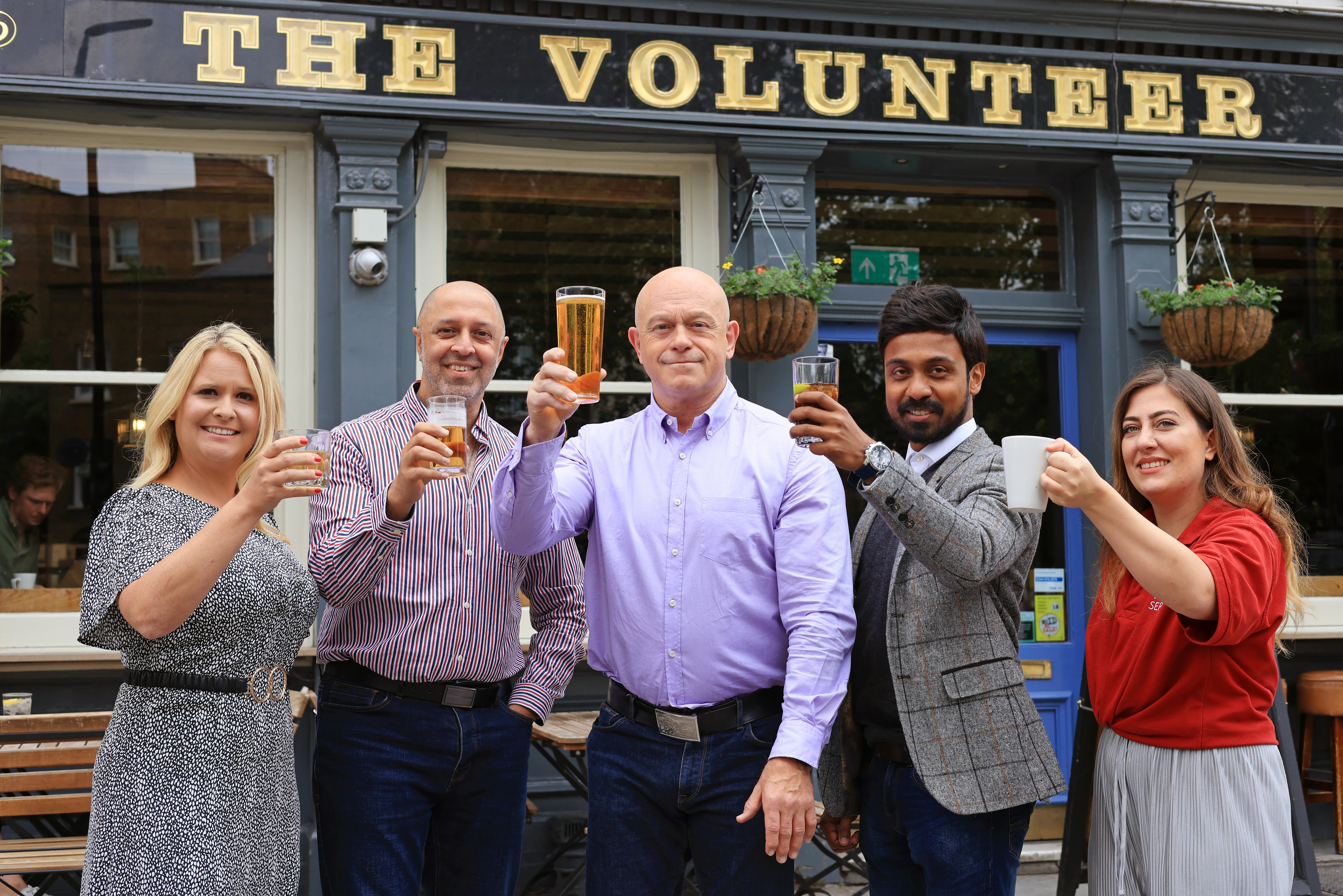 Chatting over a pint, Ross said: “It’s really quite emotional and heartwarming to see the generosity of spirit in volunteers.

“For people to actually step up, risk their own health to help others has been quite overwhelming for me.

“I don’t want to talk about Blitz Spirit, I think you just call it Covid Spirit.”

Now, Ross wants you to raise your glass, or cuppa, to thank people up and down the country who have supported others over the past year.

To kick off Volunteer Week, Ross is joining forces with the Royal Voluntary Service and Together Coalition to say ‘Cheers for Volunteers’.

And as part of National Thank You Day, held on July 4, the public will be asked to toast Britain’s incredible 12.4 million pandemic volunteers at 5pm. 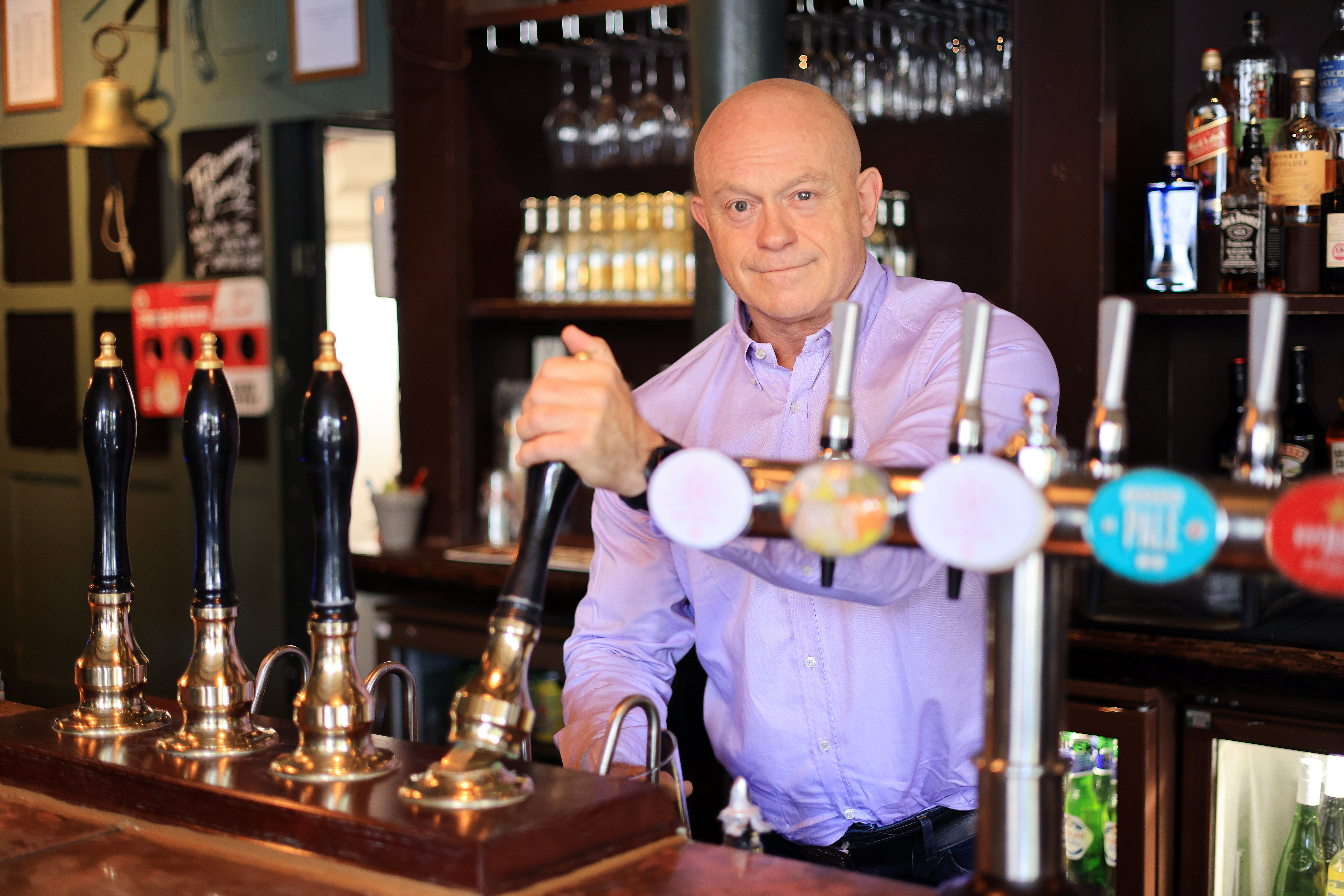 Ross, who made the documentary Ross Kemp and Britain’s Volunteer Army at the height of the crisis,  says: “The last year has been hard for all of us, but we also saw it bringing our communities closer together.

“Whatever happens next in the pandemic, we’re going to need to keep that community spirit going.”

“But let’s take a break on July 4 and just say thank you to the people who have helped us get through. 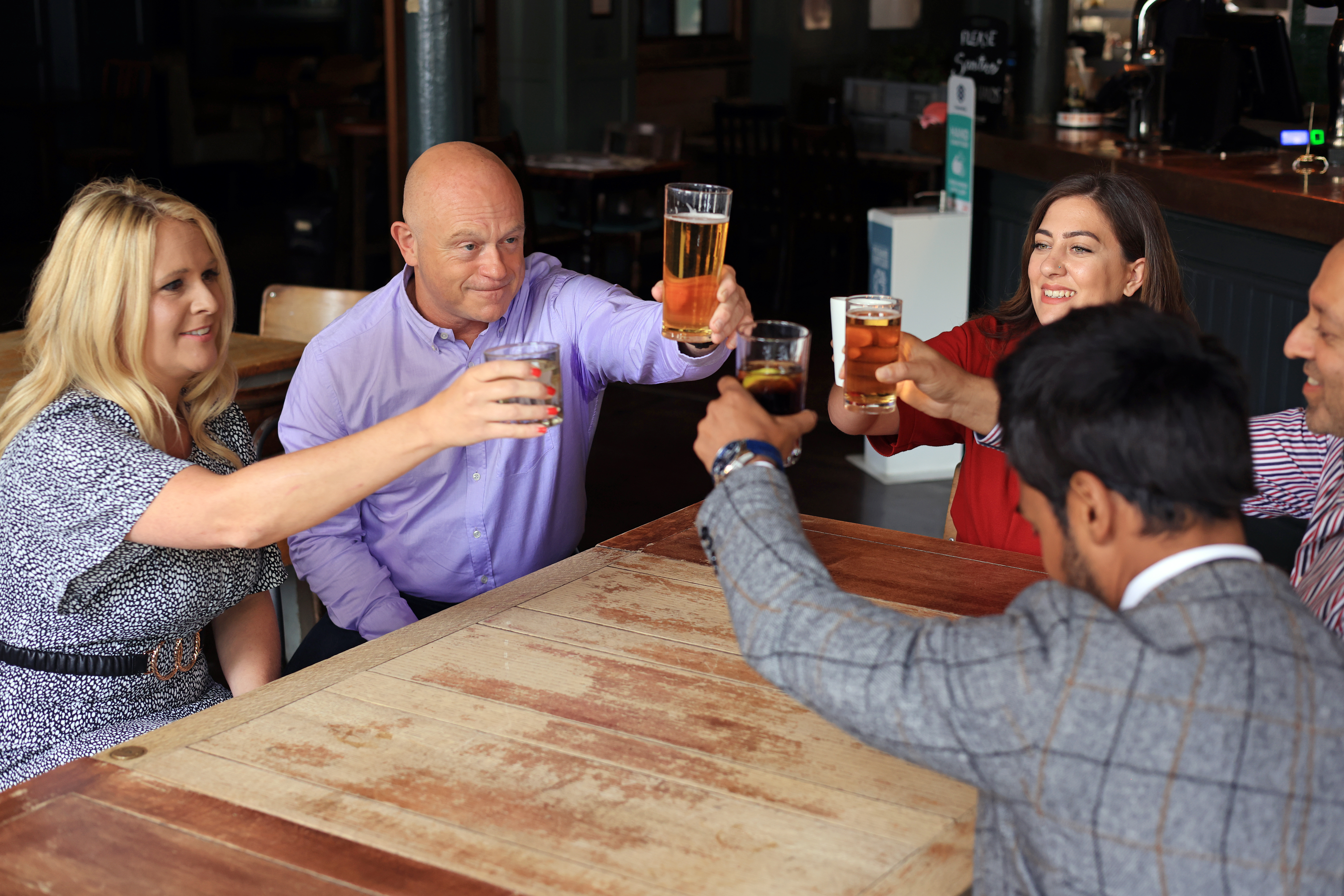 Famed for venturing into some of the most dangerous parts of the world, Ross Kemp has filmed documentaries everywhere from frontlines to the hideouts of the world’s most notorious gangs.

But in the face of the pandemic, the investigative journalist spent a year on Britain’s home front meeting NHS workers and the volunteers engaged in the battle against Covid-19.

Speaking to The Sun, Ross says: “I have been to war zones around the world and I have seen extreme things.

“Covid is also an extreme thing and it happened on my front door. I saw it in hospitals and I saw it on the streets.”

Ross knows full well how debilitating Covid-19 can be. 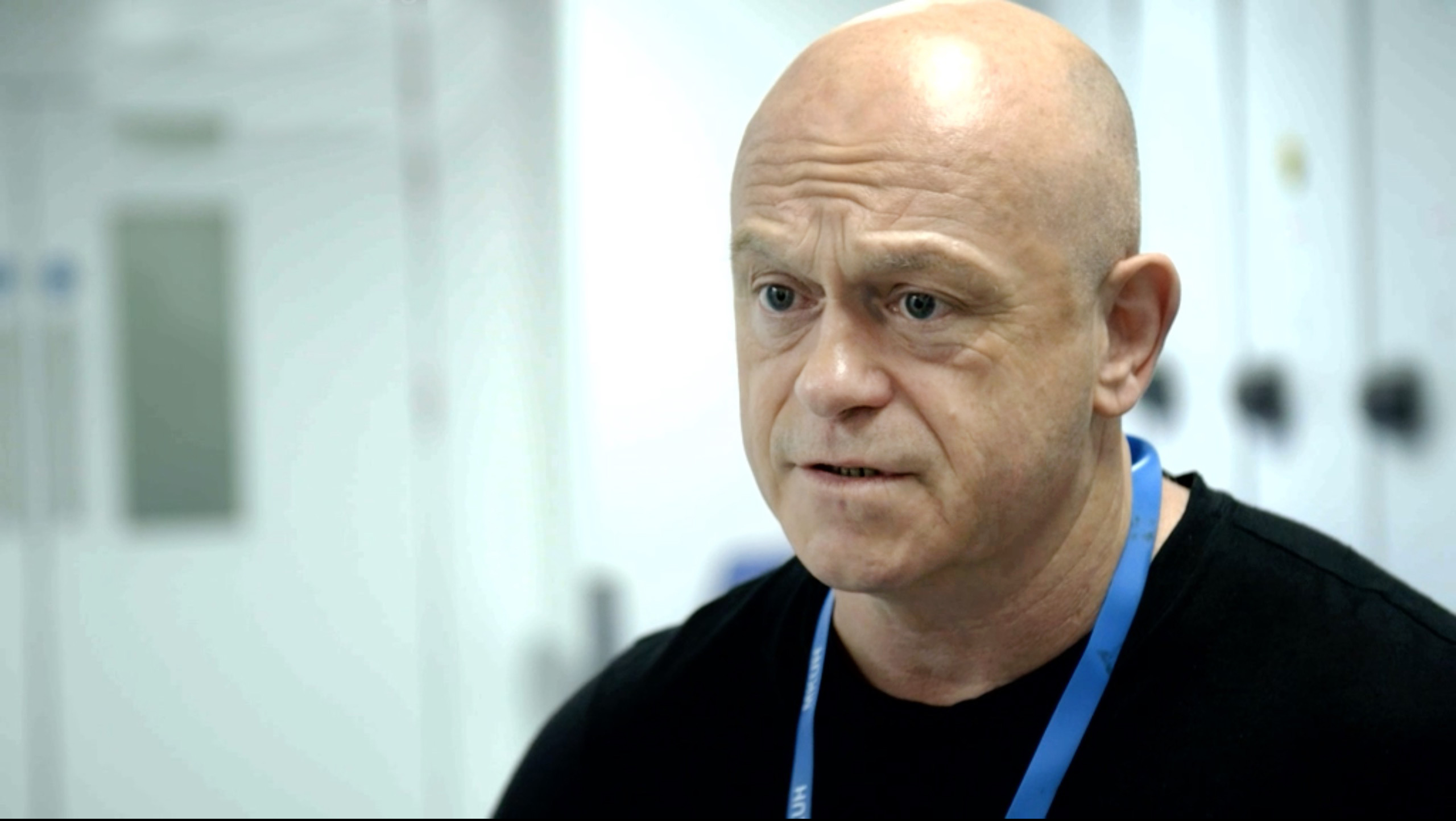 In September 2020, the investigative journalist had his own brush with the virus while filming a documentary on Britain’s most dangerous animals.

He says: “Last year, I went to have a private test because I knew I was going over to see my parents at a distance, and it came back positive.

“On Friday morning I felt absolutely fine and by Saturday morning I was lying on the bed, counting my heartbeat.

“I was very lucky. There are people my age who’ve died from Covid.”

But for Ross, it was witnessing the dedication of NHS workers in hospitals and the hard work of volunteers that really brought home the nationwide effort to halt the pandemic.

While filming last year’s ‘Ross Kemp and Britain’s Volunteer Army’, the former actor was blown away by the dedication of the British public in helping those most in need. 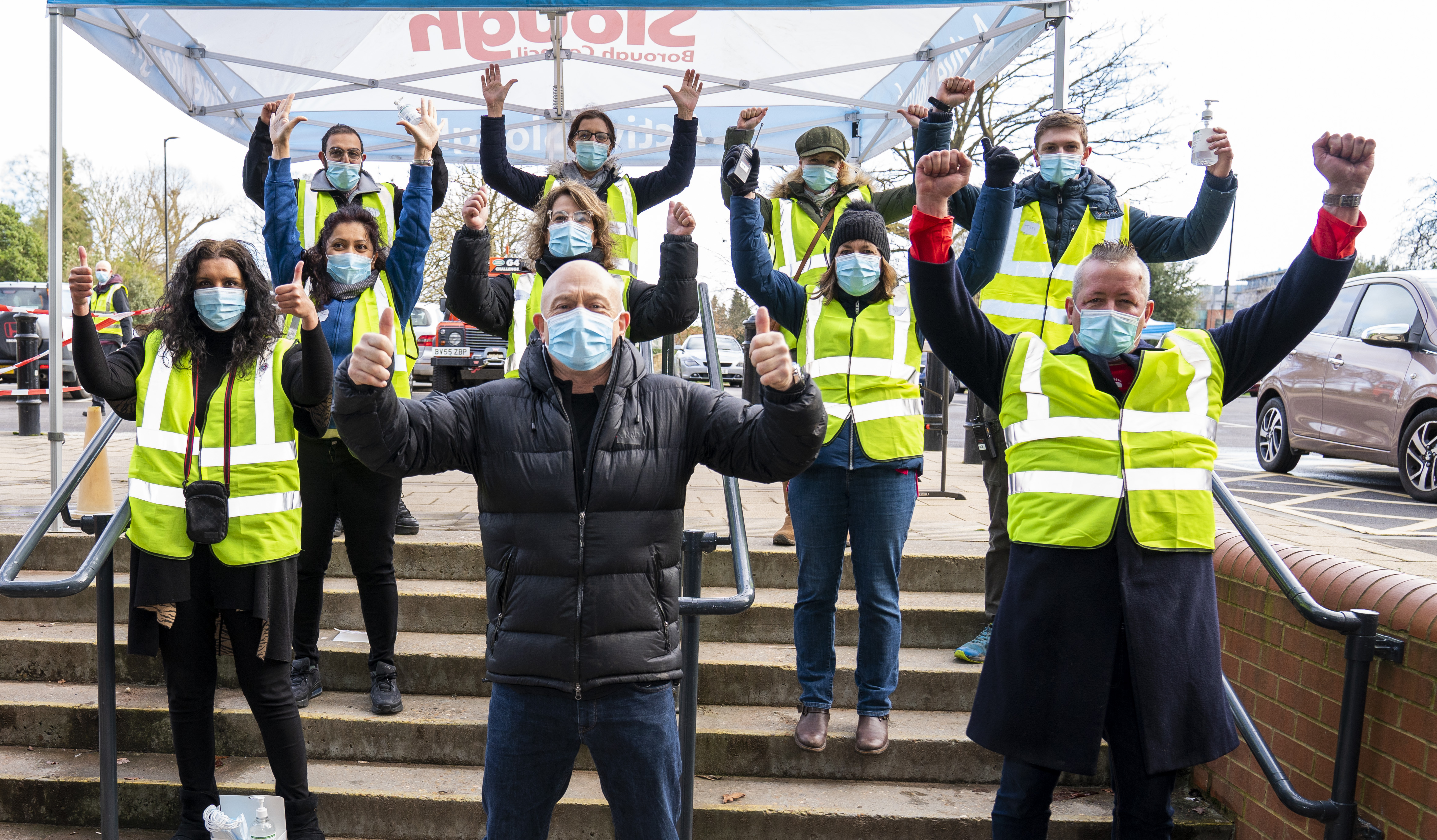 From families gathering supplies for food banks, to groups of women stitching PPE, over 12 million people are believed to have volunteered in some way to help support the vulnerable.

Ross says: “I’m immensely proud of anybody who has volunteered during the pandemic, who quietly got on with it in that very British way of not wanting praise.

“Treating people with respect, understanding that they are just as vulnerable as you are.

“There is also something deep within us as human beings that makes us feel good if we help other people.” 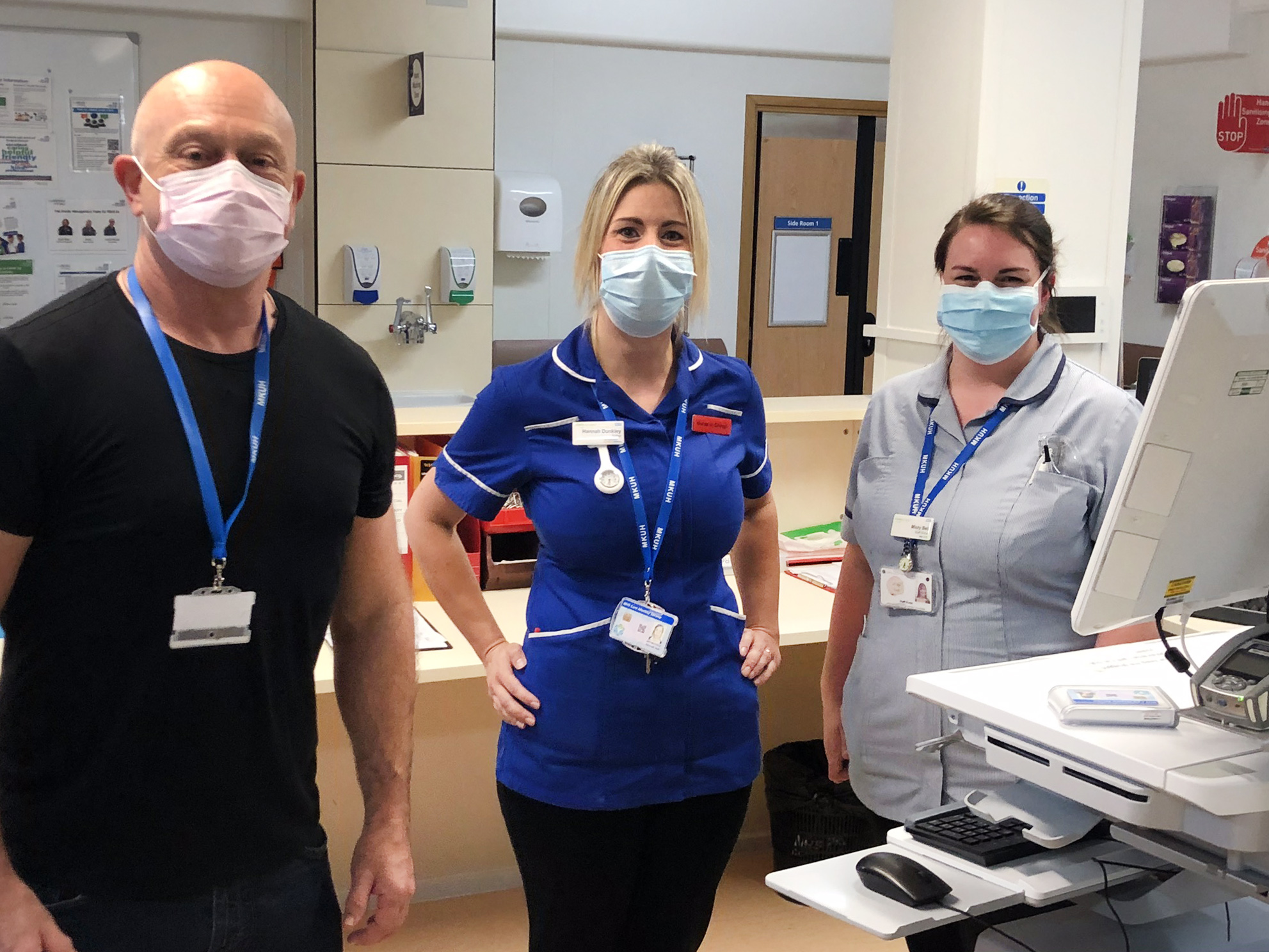 After expertly pulling a round of pints at The Volunteer bar, Ross heads over to chat with the volunteers who have valiantly helped their communities throughout the pandemic.

Kelly, who has helped out at the Wickford vaccination centre in Essex, tells Ross about her last six months of volunteering.

Kelly says: “I’ve been doing three shifts a week at the vaccine centre since January and I’ve absolutely loved it.

“Especially in the early days when we saw all the over 80s come in their Sunday best for their vaccine. 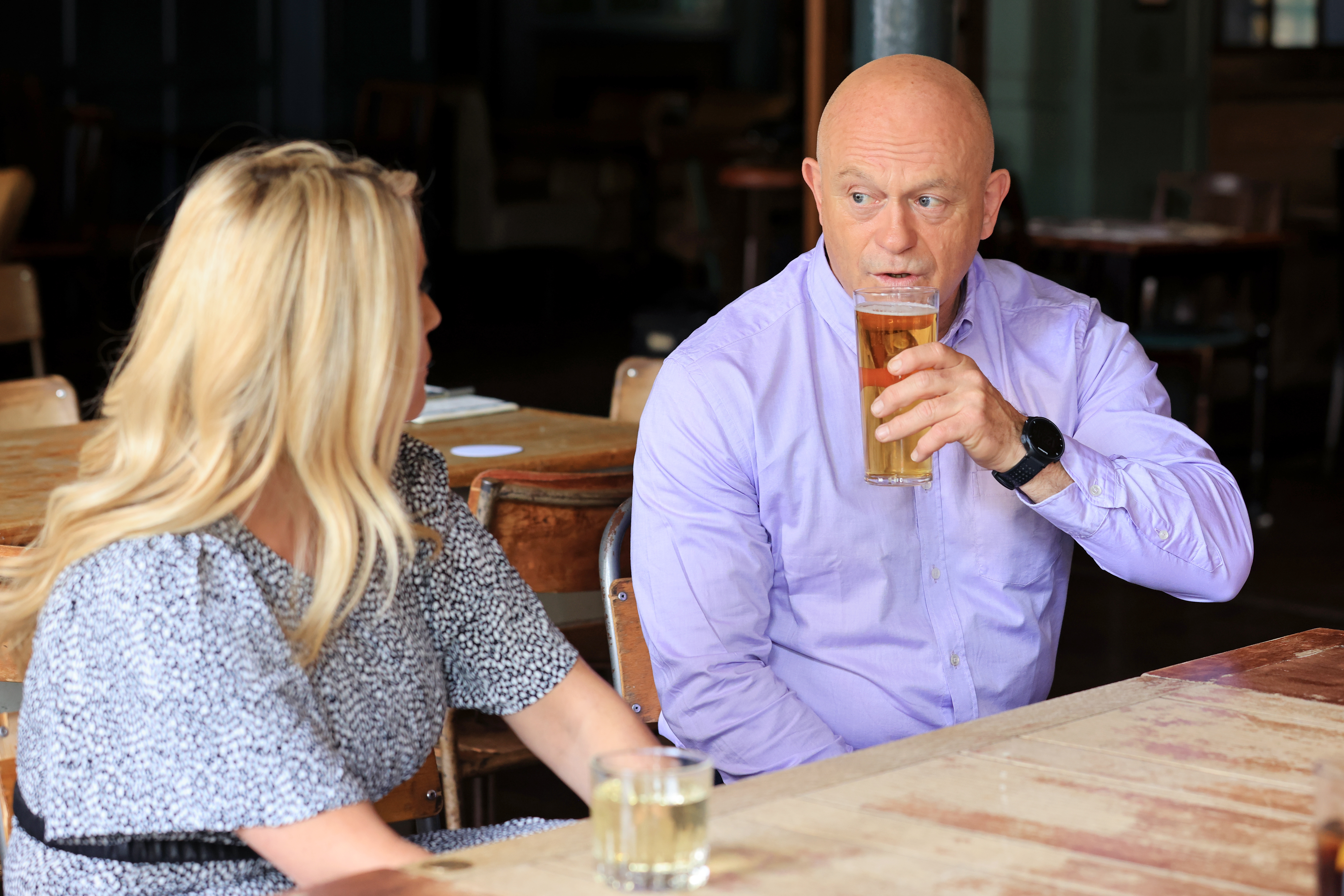 “I was helping marshal people and checking them in. A lot of people were nervous so talking to them and making them at ease was important.

“For some arriving for their vaccine, it was the first time people had seen their family members in months.

“It is emotional, especially when some of the elderly say thank you. I wanted to say thank you to them for being so amazing.”

Congratulating Kelly and her fellow volunteers on all their work, Ross says: “You can’t quantify the difference you’ve all made to people’s lives. And you do feel so much better if you help someone.”

For Ross, the chance for the British public to start volunteering isn’t over – there are still so many ways to get involved with the effort to beat the virus.

He says: “It’s very easy to sit and do nothing, but if you do get involved and volunteer you may find new friends. 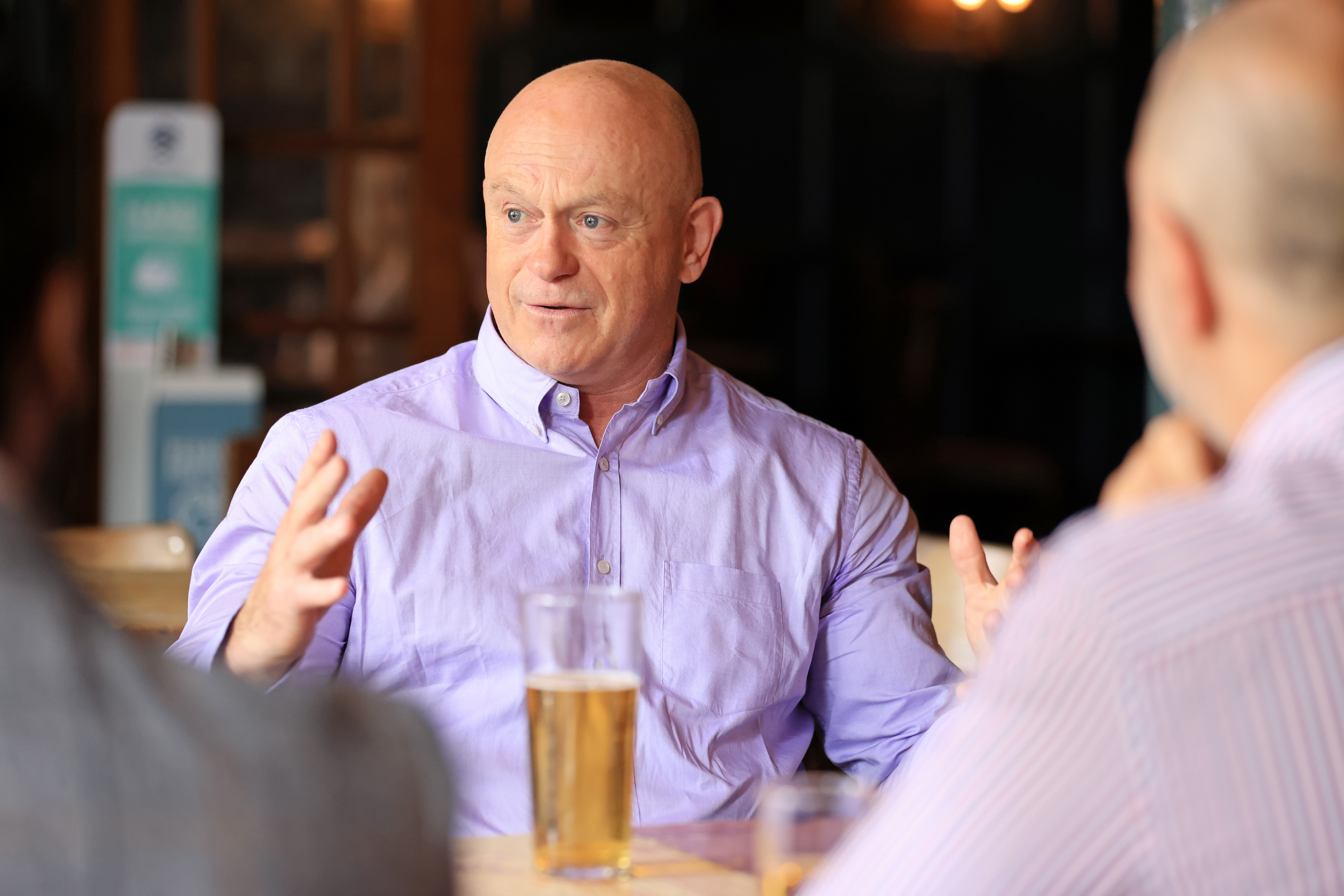 “You will form friendships and bonds that you may never have done before.

“You will also be helping people and I can assure you, it makes you feel good. It’s a human instinct.”

Whether it’s helping out at your local vaccine centre, dropping off supplies at a food bank or just calling someone for chat, there are plenty of ways to take part.

Ross explains: “There’s all sorts of volunteering you can do. It can just be ringing people up and asking if they’re ok.”

Pint in hand, Ross raises his glass to the four volunteers who have tirelessly helped their local community over the past eighteen months.

“Now, let’s Cheers for the Volunteers.” 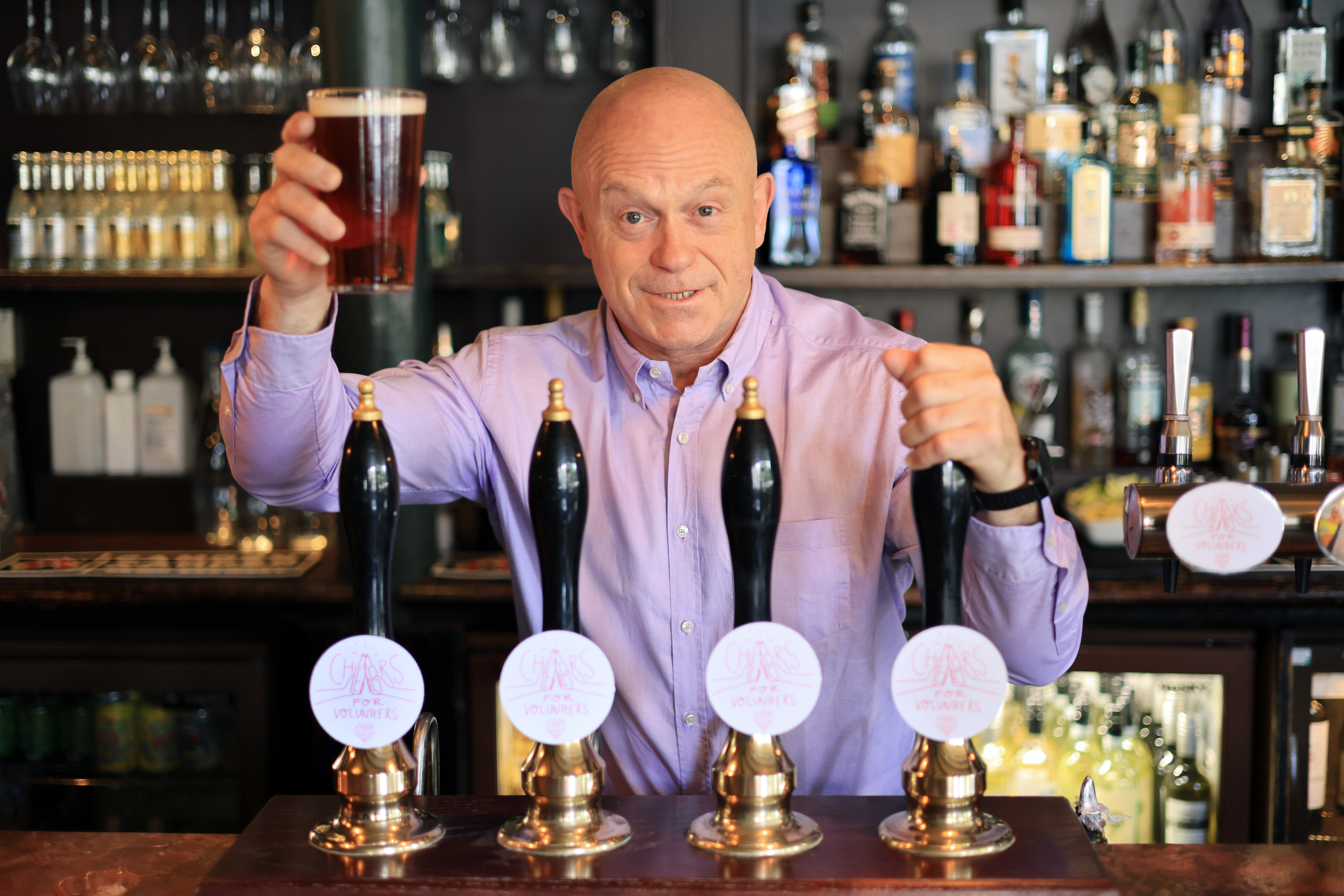