Search launched for family of fallen hero of the 'forgotten Dunkirk' 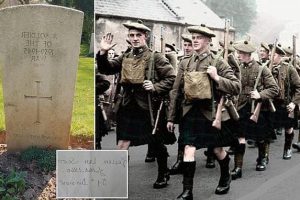 A search has been launched to trace the family of a fallen British hero who died in France following ‘the forgotten Dunkirk’ more than 80 years ago.

The 51st Highland Division soldier evaded capture during the battle of St Valery-en-Caux in Normandy and was hidden by a French family, but was later discovered by the Germans and shot.

The Second World War battle on June 12 1940, known as ‘the forgotten Dunkirk’, led to around 10,000 mainly Scottish soldiers from the 51st Highland Division being captured.

They continued the fight on the Continent in support of the French after the Dunkirk evacuations had been completed, but a flotilla of ships sent to rescue the troops was unable to reach them due to fog and the proximity of German artillery above the town. 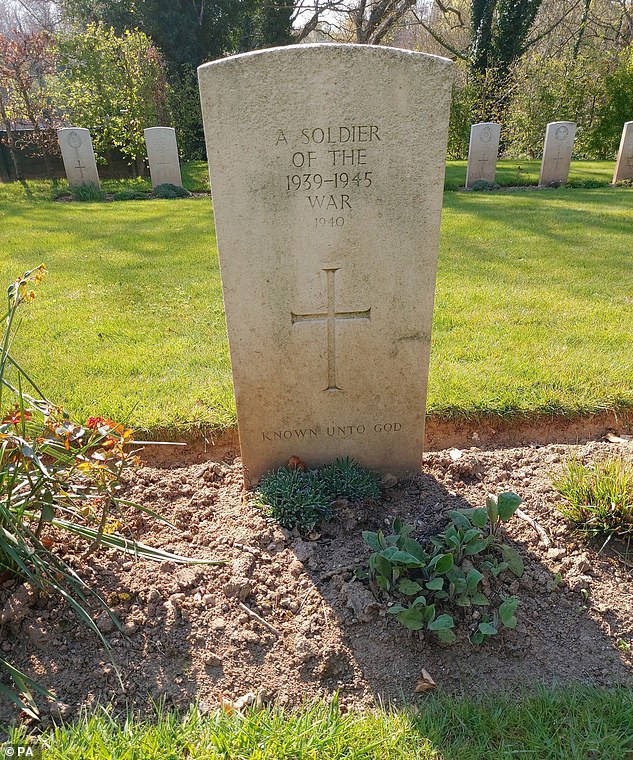 Patrick Prieur is taking on his late father’s quest to find the family of the man, whose name was Keller Len Scott. The man’s grave is marked as ‘Known unto God’

Following the commemorations to mark the 80th anniversary of the battle last June, St Valery resident Patrick Prieur contacted veterans charity Poppyscotland and other organisations for help to trace the relatives of a soldier who was sheltered by a local family.

He is taking on his late father’s quest to find the family of the man, whose name was Keller Len Scott.

Mr Prieur, 65, whose grandparents and father remained in the town throughout the war, said: ‘A soldier from the 51st Highland Division was hidden by a local family in the village. 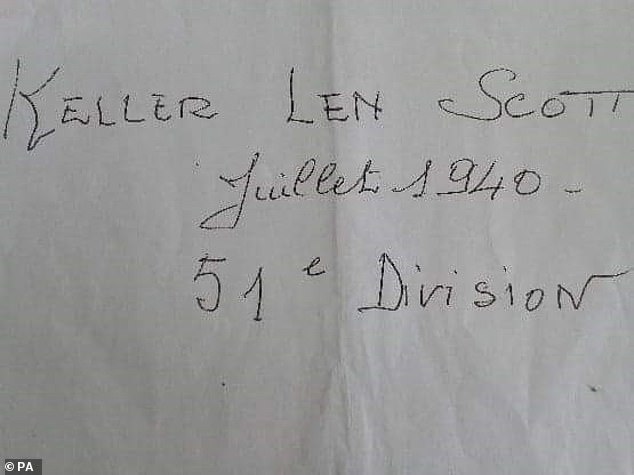 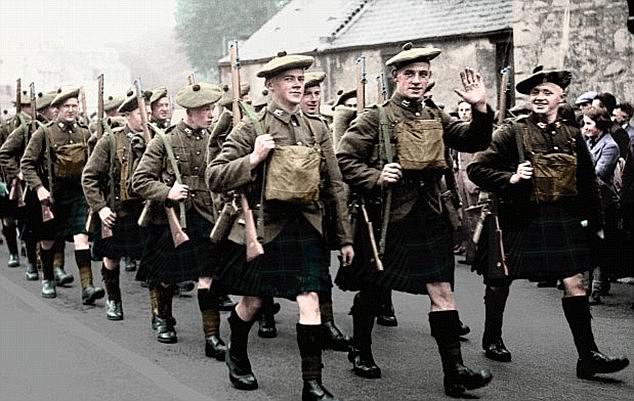 The 51st Highlanders (pictured) were 20,000 British troops who were left behind after Dunkirk to slow down the German advance

‘The forgotten Dunkirk’: The battle of St Valery-en-Caux

On June 12, 1940, Just days after the legendary evacuation of 300,000 men of the British Expeditionary Force from the beaches at Dunkirk, 20,000 of our troops were left fighting for their lives in France.

The 51st Highland Division were under orders from the War Office to fight on, bolstering the French for as long as they could to prevent a total over-run of France by Hitler – making a heroic last stand when all seemed lost.

They were massively outgunned. With just a few rounds of ammunition per man, the Highlanders’ chances of survival seemed almost nil. This was the forgotten army.

He sent a desperate signal to Downing Street, saying, ‘It is sheer murder to keep us on a 19-mile front 24 hours longer.’

Churchill sent back, ‘We will fight on, whatever happens.’

Continuous fighting ensued for ten days, until the division was surrounded at St Valery-en-Caux.

Abandoned on foreign soil, thousands of British troops lay down their arms and went into captivity.

At least one British soldier put a gun to his head rather than be taken prisoner.

One thousand men were killed in the battle, and 5,000 wounded. A further 11,000 men of the 51st Highland Division were also captured. They spent the rest of the war as PoWs.

Apart from a handful of escapees, they did not return home until the war was over.

‘They bonded, and the family learned that he was a married man, with a wife and two daughters waiting for him to return home.

‘For several weeks, the soldier remained hidden, but regretfully he was eventually discovered by German troops and marched through the town to the municipal cemetery.

‘After being forced to dig his own grave, he was positioned against the cemetery wall and shot.

‘His death deeply upset the townspeople, who had been aware of his hiding, and especially my father, who was only 11 at the time.

‘In later years, the Franco-British military cemetery was built, and his body was moved there.

‘His grave is marked as ‘Known unto God’, and my father and other villagers tended to it for decades after the war ended.

‘My father had been gifted a piece of paper on which the soldier’s name was written, ‘Keller Len Scott’, and this became his prized possession.

‘He desperately wanted to find the soldier’s family to tell them what had happened to their beloved and where he was laid to rest, but, having very little information, he struggled.

‘In 2014 my father passed away and, being eager to finish what he started, I recently contacted Poppyscotland and the Highland Reserve Forces’ and Cadets’ Association to ask for help.’

Michelle McKearnon, head of engagement at the Highland Reserve Forces’ and Cadets’ Association, said they were only able to get so far with their research into the soldier’s identity, and appealed for help.

She said: ‘We believe the name order on the piece of paper may have been written in military fashion, with the surname preceding any given names, so the family name might be Keller.

‘We’re now at an impasse, struggling to find additional information through our own resources, so we need the knowledge of the wider community to continue our efforts.’

Last year, pipers from across the world took to their doorsteps at 10am on June 12 to perform Heroes Of St Valery in an event organised by Legion Scotland, Poppyscotland and Royal Caledonian Education Trust: Scotland’s Armed Forces Children’s Charity, and pipers are being urged to take part again this year on the same date at 10am.

Dr Claire Armstrong, chief executive of Legion Scotland, said: ‘As we approach the 81st anniversary of the battle, we hope to identify this Scottish hero, give him the recognition he deserves, and bring peace to his family.’ 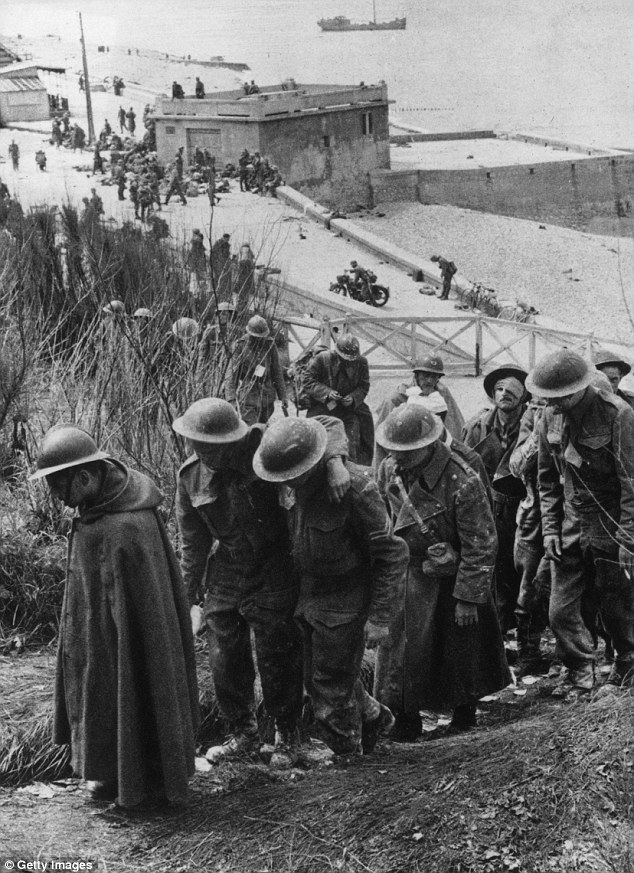 Around 1,000 troops died in the battle of St Valery-en-Caux, with more than 11,000 of them captured by German troops and kept as prisoners of war 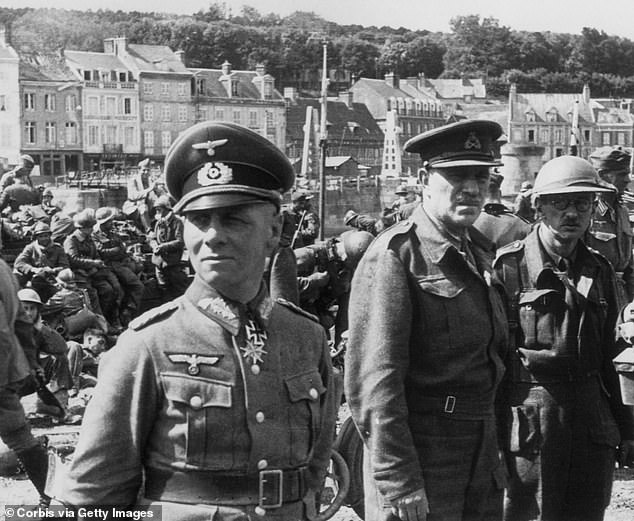