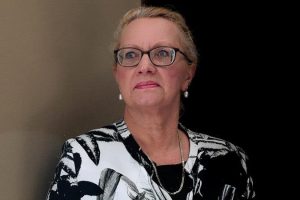 The chief executive of the disability service provider being scrutinised by a royal commission has admitted to failing to protect three residents of a care home from violence and abuse.

Sunnyfield Disability Services chief executive Caroline Cuddihy faced the Royal Commission into Violence, Abuse, Neglect and Exploitation of People with Disability in Sydney for a third consecutive day on Friday, in response to claims of systemic issues at her organisation. 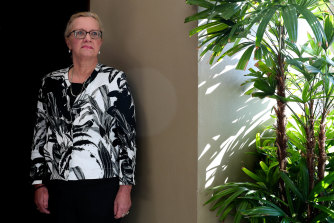 Ms Cuddihy defended Sunnyfield’s failure to spell out the violence and abuse allegations against two employees in their termination letters.Credit:Janie Barrett

Ms Cuddihy accepted responsibility for failing to prevent violence and abuse to disabled residents Melissa, Carl and Chen* inside their own home in western Sydney.

The commission heard evidence that Carl was punched and kicked in 2018 and 2019, and Melissa received an eviction notice after Sunnyfield assessed her sister as a reputational risk to the organisation.

Throughout the hearing, Ms Cuddihy sought to paint Sunnyfield as victims of the “deceitful” conduct of two individuals, support workers known as SP1 and SP2 who worked at the house before they were fired in December 2019 and January 2020.

The crux of the hearing was unpacking how much fault lay with the two sacked workers, and how much Sunnyfield’s systemic governance failures contributed to the crisis that developed inside the house.

Senior counsel assisting the commission Kate Eastman SC asked Ms Cuddihy whether Sunnyfield had ever apologised to either the residents after SP1 and SP2 were terminated.

“And there was no apology in relation to any of the familiar members?” Ms Eastman asked.

“Yes, and I regret that as well,” Ms Cuddihy said.

“And you, yourself, have not personally met with any of the family members in relation to the events concerning SP1 and SP2 to apologise have you?” Ms Eastman asked.

“No, and I regret that also.” Ms Cuddihy said.

“Has at any time Sunnyfield sought to apologise for its responsibility in relation to these events occurring?”

“Only in this statement and that also I regret.”

“Is that because it took having to come to the royal commission to make an apology?”

Ms Cuddihy denied her failure to meet with the families was based on legal advice.

Ms Cuddihy also defended Sunnyfield’s failure to spell out the violence and abuse allegations against SP1 and SP2 in their termination letters.

Ms Eastman asked whether this omission could mislead a prospective employer who would not be aware of SP1 and SP2’s true work history.

Ms Cuddihy said the reason the allegations – many of which were upheld by an independent investigator but were dismissed in court – were omitted based on legal advice to prevent SP1 and SP2 from launching unfair dismissal claims.

Instead, their termination letters referred only to more benign code of conduct breaches.

Ms Cuddihy also denied shielding Sunnyfield’s board from the brutal allegations against SP1 and SP2, which included kicking and punching Carl.

The commission heard Ms Cuddihy wrote a draft board note in more explicit terms, before toning down her language in the final report.

Ms Eastman grilled Ms Cuddihy on whether she toned down her report to be “more palatable” rather than providing her “true and frank opinion”.

“You wanted to shield the board from what might be bad news.”

Commission chair Ronald Sackville, QC questioned whether it was appropriate for Sunnyfield – which receives $93 million a year in public funds – to be governed by a board and led by a management team without anyone with a lived experience of disability.

The next royal commission hearing will begin on June 7.

*Melissa, Carl and Chen are all pseudonyms agreed by the commission to protect their privacy.