Sydney in top 10 list of world’s most expensive cities 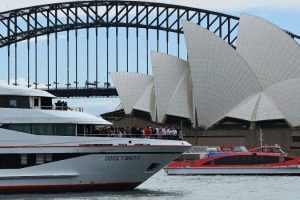 New York: Singapore and New York have emerged as the joint-most expensive cities to live in, according to a new worldwide survey.

The cost of living in 172 of the world’s major cities rocketed an average 8.1 per cent over the past year, driven by factors including the war in Ukraine and supply chain snarls, according to the Economist Intelligence Unit’s Worldwide Cost of Living report. 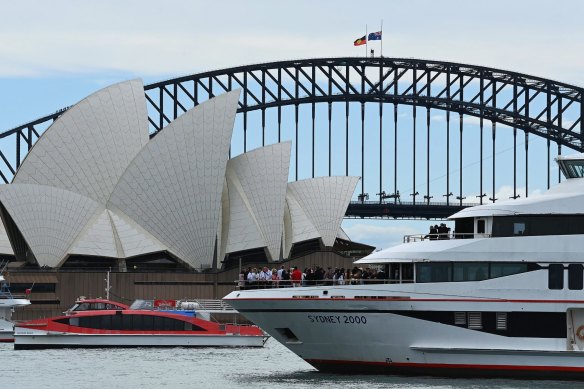 People stand on the deck of a Captain Cook Cruise vessel near the Opera House and the Sydney Harbour Bridge, while flags fly at half-mast for Queen Elizabeth II.Credit:Kate Geraghty

Tel Aviv, which topped the rankings last year, was bumped into third position, while Hong Kong and Los Angeles rounded out the top five priciest places.

Asian cities tended to escape the steep price rises seen elsewhere, with the average increase in the cost of living at 4.5 per cent, although individual country performance varied due to government policies and currency moves.

Sydney jumped into the top 10 as strong exports buoyed the Aussie dollar.

San Francisco leaped into eighth place, from 24 last year The six most expensive Chinese cities all rose up the ranks, with Shanghai entering the top 20.

Tokyo and Osaka tumbled down the rankings, dropping 24 and 33 places respectively, as interest rates stayed low.

Upasana Dutt, head of worldwide cost of living at EIU, said: “The war in Ukraine, Western sanctions on Russia and China’s zero-COVID policies have caused supply chain problems that, combined with rising interest rates and exchange-rate shifts, have resulted in a cost-of-living crisis across the world.

“We can see the impact in this year’s index, with the average price rise across the 172 cities in our survey being the strongest we’ve seen in the 20 years for which we have digital data.”

The survey, which was carried out in August and September this year, compares more than 400 individual prices across over 200 products and services in 172 cities globally.

These are the top 10 most expensive cities in the world, with their 2022 ranking. Some cities are tied.