MEGHAN and Harry look blissfully in love as the Archbishop of Canterbury performs a ceremony for their secret vows — dressed as ELVIS.

Meghan said on their Oprah Winfrey interview last month that Justin Welby allowed them a “backyard service” three days before the 2018 royal wedding.

👑 Read our Meghan and Harry live blog for the latest news... 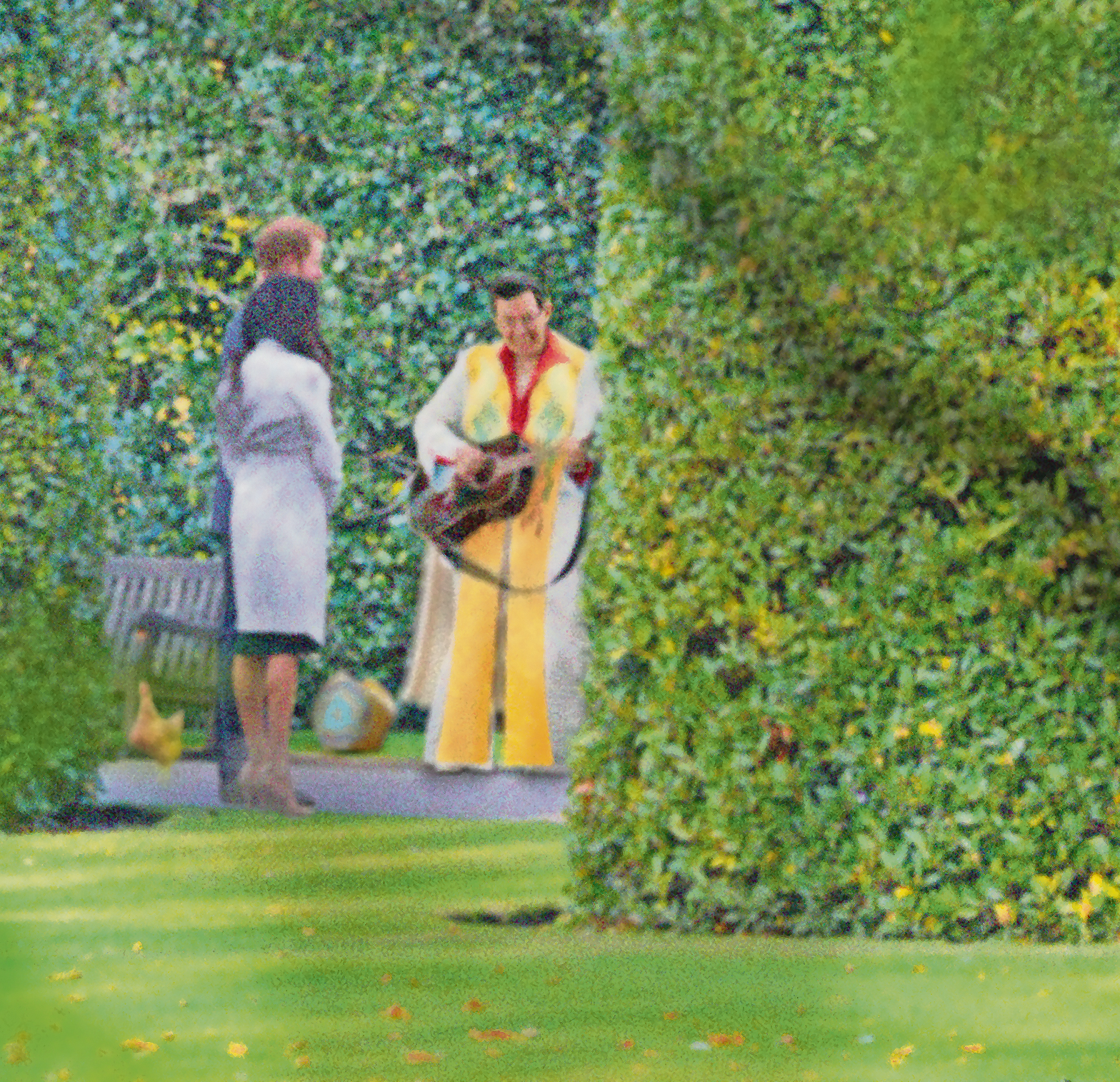 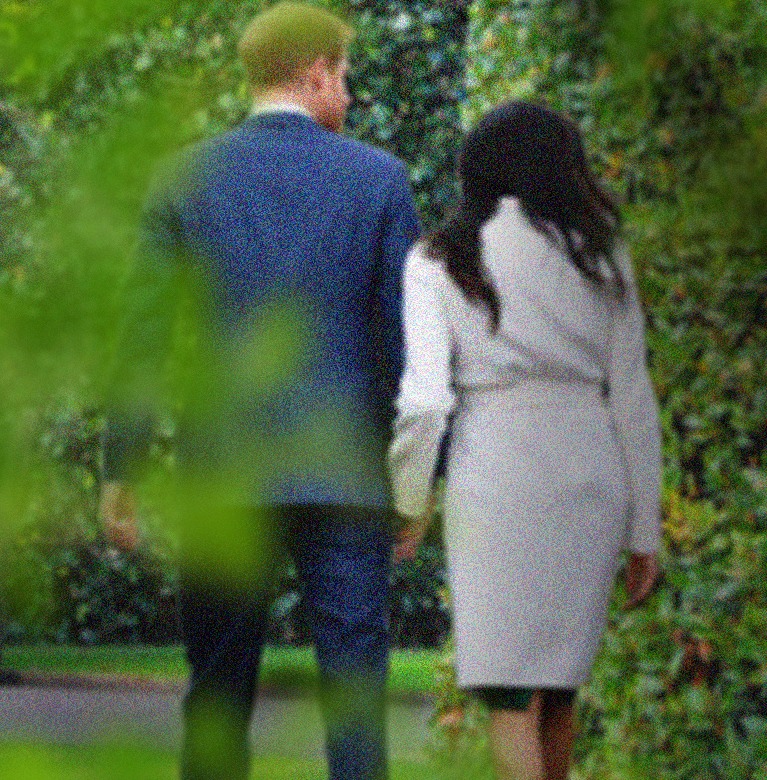 Archbishop Welby has since denied giving the pair a full wedding. But today The Sun can reveal what really happened in the hush-hush ceremony.

Our sensational pictures show how he donned an Elvis quiff, sideburns and shades to strum a red guitar in tribute to Meg’s love of The King.

The images were taken by an aide at Kensington Palace, near where the couple were living in Nottingham Cottage.

The flunkey, who has asked not to be named, said: “It was such a beautiful moment — but also, I think, a little bizarre.

“Meghan and Harry were wearing normal clothes but standing close together while the Archbishop was in full Church regalia and speaking quietly to them.

“There was no one else around and it was so quiet. All you could hear at first was a chicken pecking the ground nearby. 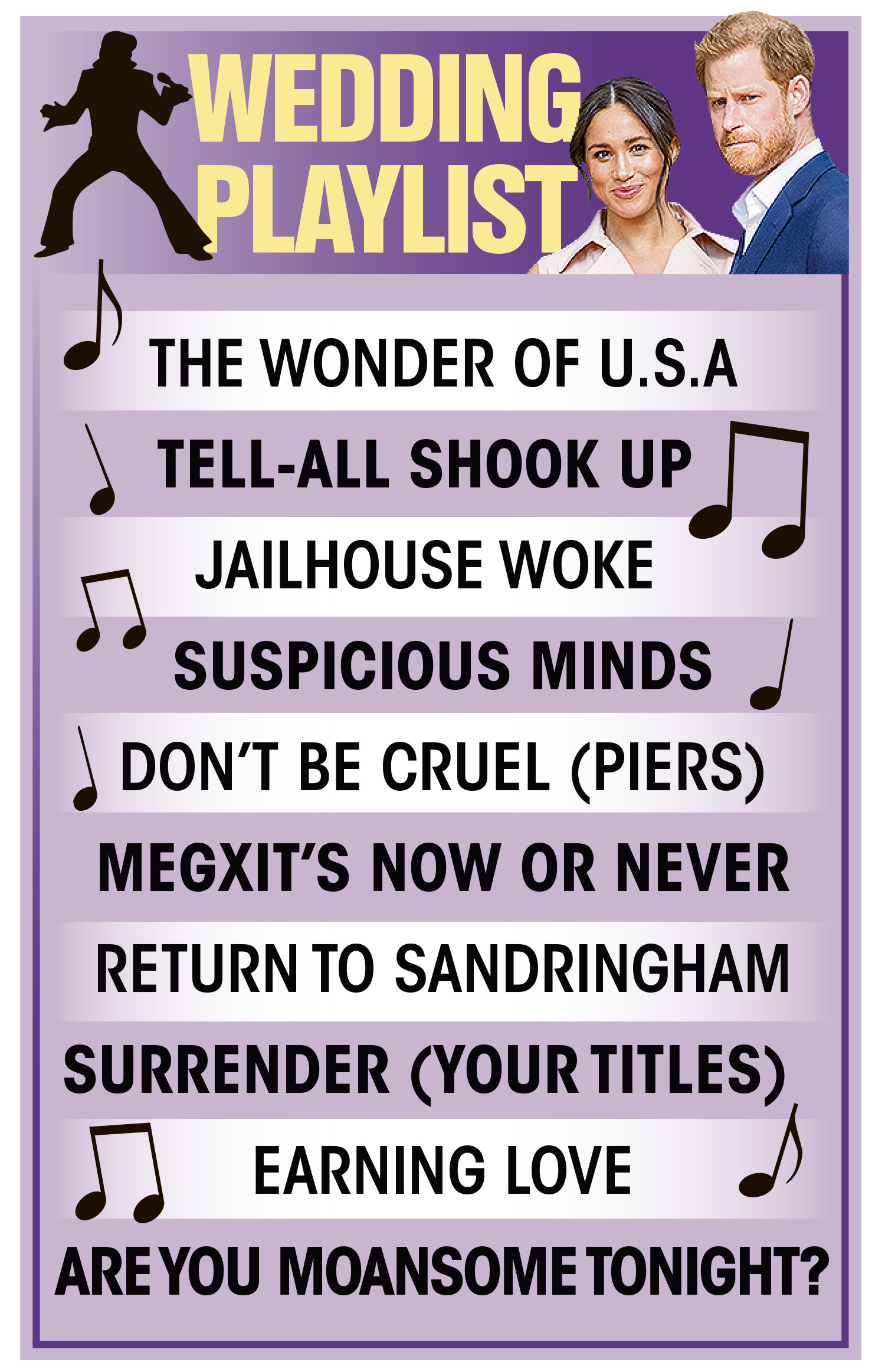 “I crept closer and could hear them exchanging vows like at a wedding ceremony.

“Meghan pledged to love and honour. And then Harry vowed to obey.”

The aide said once the vows had been exchanged the Archbishop took off his mitre to reveal a quiff and sideburns.

Meghan pledged to love and honour. And then Harry vowed to obey.

The aide, who no longer works for the royals, said: “That’s when I got my phone out and took the picture. I just wish I had shot a video.

"Mr Welby was singing all these Presley songs — I Can’t Help Falling In Love, Love Me Tender and It’s Now Or Never.

“Then Meghan asked him to play her favourite: Suspicious Minds. The Archbishop was great. He could make a good living as an Elvis impersonator when he hangs up his crook. 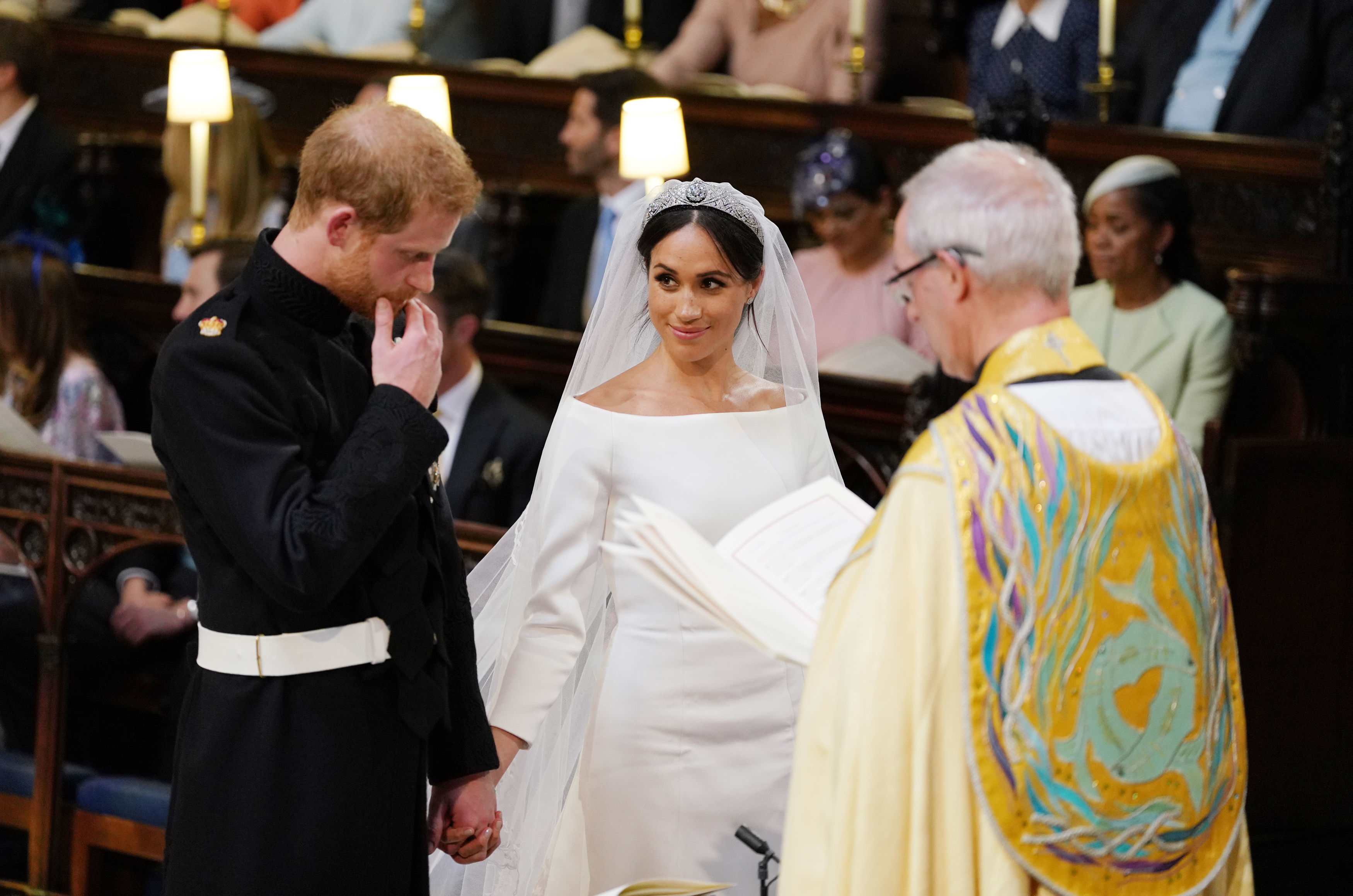 "At the end of the last song he muttered in a deep voice, ‘Thank you very much’, and walked off.”

Royal expert Avril LeFou believes the aide was the only person in the world who saw the ceremony.

She said: “People have accused poor Meghan of using the Oprah interview to make up these things. But she was there and it appears it definitely, definitely happened.”