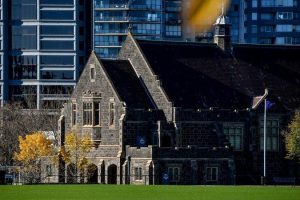 The Victorian schools with the highest-paid parents have been revealed, and those who are better off will have their funding cut this year.

Melbourne Grammar, Lauriston Girls’ School and Scotch College top the list of private-school income data, based on the capacity-to-contribute data that is used to allocate federal funding to non-government schools.

High-fee Balwyn girls’ school Fintona and Leibler Yavneh College are among 137 schools who had their capacity-to-contribute score reduced, meaning they were entitled to more funding.

Overall, that entitles 19 per cent of the state’s non-government schools to more funding and 36 per cent to less, federal education department figures show. Close to 45 per cent will have their funding remain stable.

The private schools are given a capacity-to-contribute score based on how much their students’ parents can afford to pay. Previously, Catholic and independent schools’ capacity to pay was based on socio-economic information from the Census, which is held every five years. 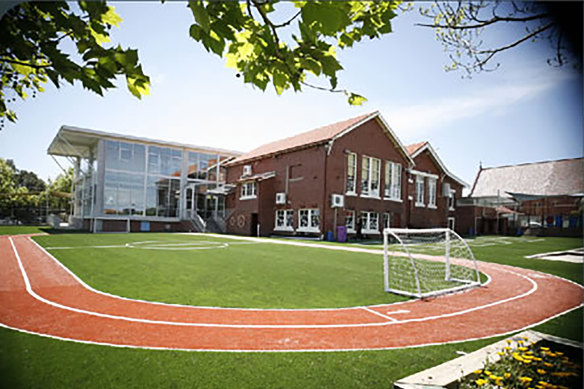 St Joseph’s in Hawthorn has among the highest-paid parents but charge lower fees.

Senior education lecturer at Deakin University Dr Emma Rowe welcomed the use of income data to assess parents’ capacity to contribute. “But it is problematic that the Catholic system can determine their own distribution of funds because it opens it up to lower levels of transparency and less oversight,” she said.

The Victorian median capacity-to-contribute score is 96. All schools that score 125 or more get the minimum government funding.

There is also some overlap between the schools with the highest-earning families and those that perform best in VCE, highlighting questions about equity in education.

Victorian public schools remain among the lowest-funded per student in Australia. The Andrews government has committed to fund non-government schools fully in 2023.

The concentration of Australian students from low socio-economic backgrounds in government schools has increased since the 1970s, according to the Gonski Institute for Education.

Of Victoria’s 687 non-government schools, 301 received the same capacity-to-contribute score as last year, entitling them to the same federal government funding this year.

State schools are funded to less than 90 per cent of the student resourcing standard, an estimate of how much public funding a school requires to meet educational needs. For Victoria, this is currently set at about $15,000 per student.

The state government has agreed to increase its share to 75 per cent by 2028, and the Commonwealth to 20 per cent, but there is no agreement on the 5 per cent gap.

Government schools are not assessed for capacity to contribute, although the MySchool website ranks the educational advantage of all schools according to students’ family background (their parents’ education and occupation), where the school is located and what proportion of students are Indigenous.

Fascinating answers to perplexing questions delivered to your inbox every week. Sign up to get our Explainer newsletter here.