Rome: From ancient Roman statues depicting muscular warriors to oil paintings featuring languorous, half-clothed courtesans, they are some of the finest examples of Western art, united by their generous displays of flesh. 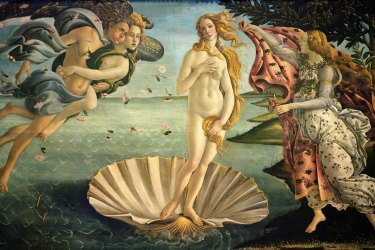 Sandro Botticelli’s The Birth of Venus, painted in 1485.

The paintings, which have been given a new, explicit lease of life by a pair of amateur pornographic actors who call themselves My Sweet Apple, are held by the National Gallery in London, the Louvre and Musee d’Orsay in Paris, the Uffizi Galleries in Florence, the Prado in Madrid and The Metropolitan Museum in New York.

Paintings that are featured include the Venus of Urbino by Titian, The Birth of Venus by Sandro Botticelli and Bacchus by Caravaggio, all held by the Uffizi Galleries in Florence.

“The use of all this content is totally illegal and has been done without permission,” a spokesman for the Uffizi said.

“If anyone wants to use this material, they must make a formal request. If the request is granted, then they have to pay. None of this procedure was followed. 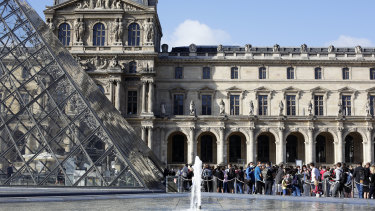 “We will not be taking any action that directly or indirectly raises awareness of this project.”

The Louvre’s press office had not responded to a request for comment by Monday night (Tuesday AEST).