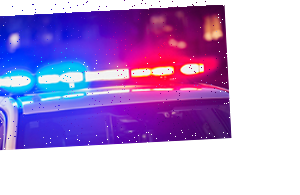 Two sheriff’s deputies in Colorado were shot and wounded Friday after responding to the home of a suspect who allegedly had been making threatening calls to officials in Tennessee, according to a report.

Both Pueblo County deputies were treated for their wounds and eventually released from a hospital, KOAA-TV of Pueblo, Colo., reported.

One deputy suffered a head wound while the other was struck in his left shoulder, the report said.

The deputies initially visited the suspect’s home in Pueblo on Friday morning but were unable to contact him, the report said. When they returned around 3:30 p.m., they faced multiple shots directed toward them, KOAA reported.

The deputies were identified as Deputy Nicolas Berumen and Sgt. Josh Rude.

The suspect, identified as Eddie Lovins, was previously familiar to authorities. He was taken into custody after authorities struck him with a non-lethal round intended to "neutralize" him, the KOAA report said.

Authorities said they believe alcohol may have been a factor in the incident.

In a separate incident Thursday, a different suspect in Colorado Springs was arrested for allegedly making threats to use explosives on government buildings, the station reported.

That suspect, identified as Shawn Wallace, was arrested during a traffic stop following a tip, according to KOAA, but responding officers found no explosives in his vehicle.

Wallace had an outstanding warrant from Virginia for obscene communication, the report said.