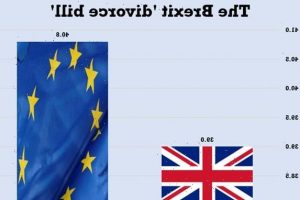 UK rejects EU demand for Brexit ‘divorce bill’ payment of £40.8billion saying it ‘does not recognise’ the figure – setting up new battle with Brussels

Britain and the EU clashed today over Brussels’ demand for a Brexit ‘divorce payment’  than is billions of pounds more than the UK is willing to pay.

No 10 insisted the figure Britain owes remains within the range of its previous estimates of between £35 billion and £39 billion.

Downing Street said it does not accept the revised sum, but the EU insisted that the figure was ‘final’, setting up a potentially combustable legal battle over the cost of Brexit.

‘We don’t recognise that figure, it’s an estimate produced by the EU for its own internal accounting purposes,’ a No 10 spokesman told reporters today.

‘For example, it doesn’t reflect all the money owed back to the UK, which reduces the amount we pay.

‘Our estimate remains in the central range of between £35 and £39 billion and we will publish full details in Parliament shortly.’ 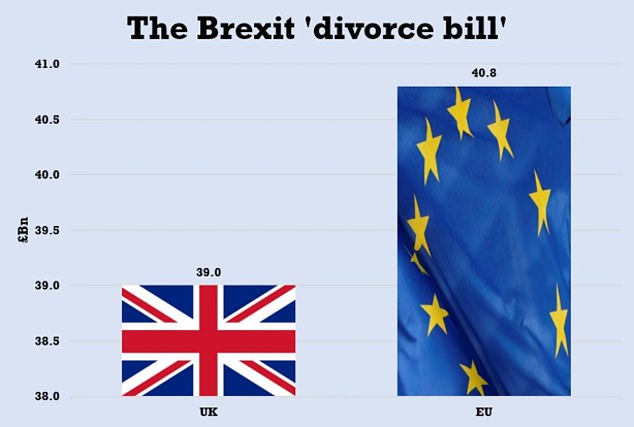 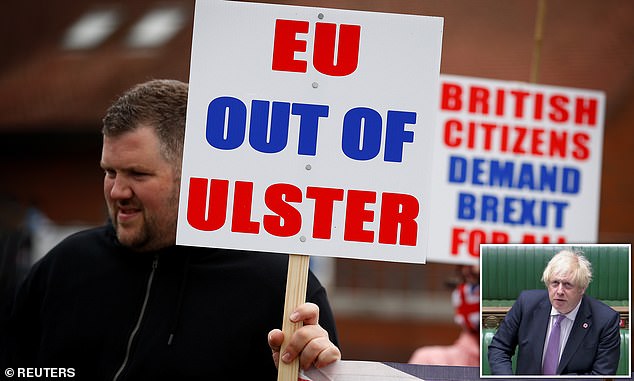 The so-called divorce bill covers spending commitments made during the 47 years of the UK’s membership of the bloc.

A methodology for calculating the sum was agreed during negotiations for the Withdrawal Agreement that paved the way for the UK’s departure, but an exact figure was not agreed.

The Office for Budget Responsibility (OBR) estimated it to be £37.1 billion in 2018.

But accounts published last month by the European Union give a figure of 47.5 billion euros that Brussels says it is owed by the UK government, to be paid over several years.

European Commission spokesman Balazs Ujvari said the first instalment of Britain’s 6.8 billion euro bill for 2021 had been paid on time and in full.

‘The report is final,’ Ujvari said, referring to the 200-page EU annual accounts published on June 30. ‘And the calculations were made in line with the withdrawal agreement.

He said the bill amounts to ‘47.5 billion euros, which the United Kingdom is going to have to pay into the European Union budget over the course of the next years.’

The EU spokesman said Britain would receive two bills this year totalling 6.8 billion euros and that a first instalment covering part of this sum had been paid in June.

‘Everything that had to be done was done. Therefore, we have no indication whatsoever that the overall figure would be contested,’ Ujvari said