A 'BERMUDA blowtorch' heatwave will bring summer blazing back this weekend.

A tropical blast from the Atlantic will thrust Britain into the furnace over the coming days – with the mercury soaring to a sizzling 32C. 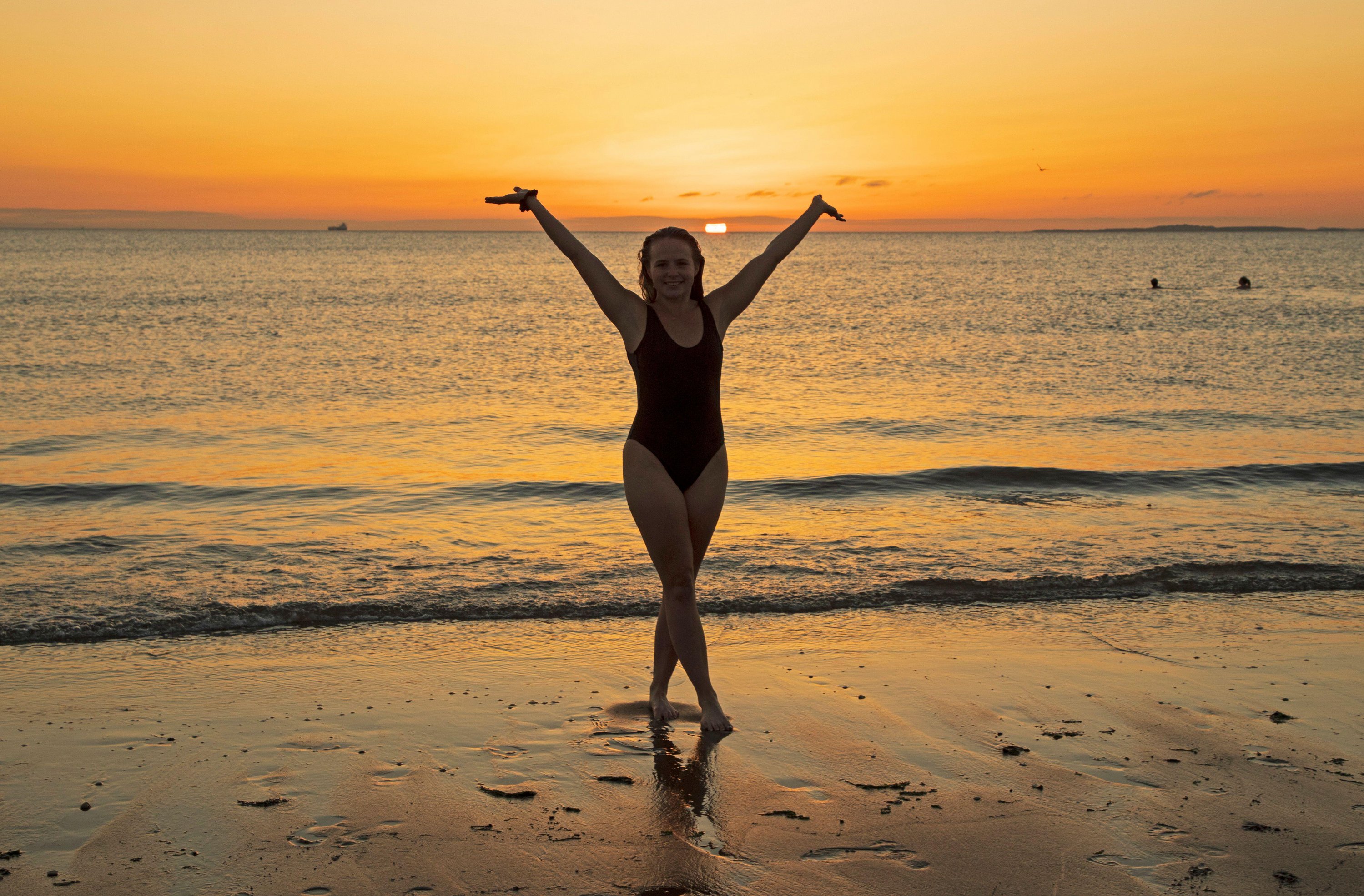 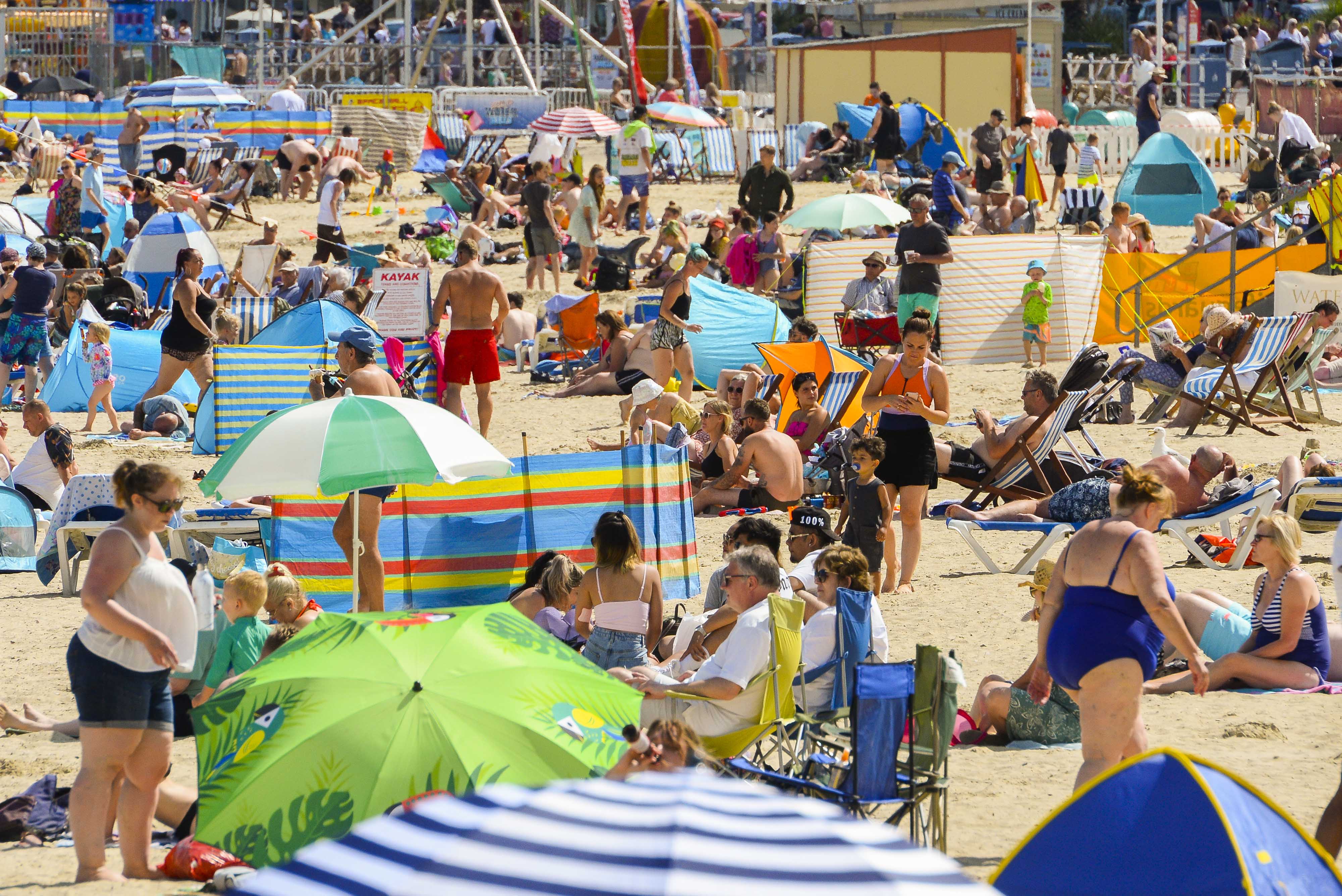 Glorious sunshine will last into next week as Covid restrictions lift, pushing the national spirit to fever pitch.

The summer sizzler will be driven by an ‘Azores High’ weather pattern, also known as a ‘Bermuda high’, experts say.

“We are looking at a spell of extreme heat driven by the Azores-Bermuda high and could see maximum temperatures in the mid- to high-20Cs holding out consistently through the coming days.

“Get ready for the Bermuda blowtorch.”

Jim Dale, meteorologist for British Weather Services, said: “The driver for the hot weather which could see temperatures push past 30C on Sunday will be an Azores High.

“This region of high pressure which stretches from the sub-tropical Atlantic will sit right over the UK letting us really feel the power of the sun, particularly this weekend but also through the start of next week.”

🔵 Read our UK weather live blog for the latest forecasts 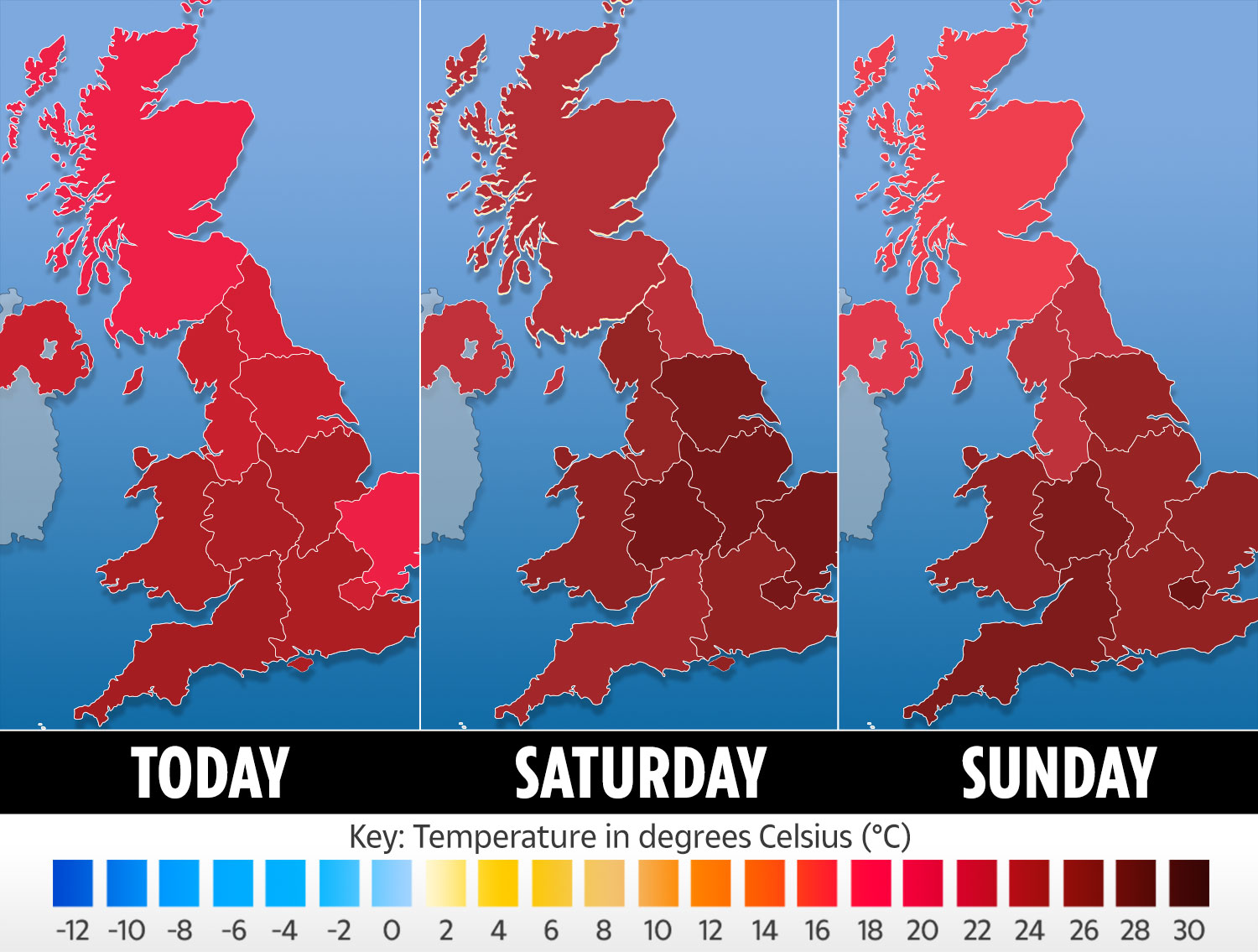 Sun-lovers should make the most of the baking heat with a thundery eruption forecast later next week, Mr Dale warned.

He said: “From about mid-week it looks like the high pressure will give way and as is usual after periods of very hot weather we could see something livelier in the way of downpours.”

Thermometers will rocket into the high 20Cs or beyond on Saturday before breaching 30C on Sunday.

The highest temperatures will be across southern Britain, although most of the country will feel warmer than of late.

Netweather spokesman Paul Michaelwaite added: “Saturday sees another rise in temperature, with 30C potentially being breached in a few spots.

“Typically, maximums of 24C to 28C will be likely in all parts away from western and central Scotland, where it's liable to be cooler and cloudier.

“Sunday is likely to bring another step upwards, with a peak of 30C to 32C or so not out of the question, with similar values possible on Monday too.”

The Met Office predicts the mercury could remain high enough for official heatwaves in parts of the country – defined as "an extended period of hot weather relative to the expected conditions of the area at that time of year, which may be accompanied by high humidity".

And it could see the record for the hottest day of the year so far be beaten.

The current highest temperature of 2021 was recorded on June 14 when it reached 28.4C at London's Heathrow.

Forecasters have warned of "high or very high" UV levels which "can have serious effects on your skin and eyes".

Hay fever suffers have also been warned that pollen levels will be "high or very high" across most of the UK at the weekend.

Hot weather will hold out through Monday, dubbed Freedom Day, when after almost a year and a half Covid restrictions will be lifted.

The rule of six will finally be scrapped indoors and social distancing and table service in pubs is also getting left behind.

Face masks are becoming optional in many venues, and large-scale events like festivals, concerts and nightclubs are making a comeback. 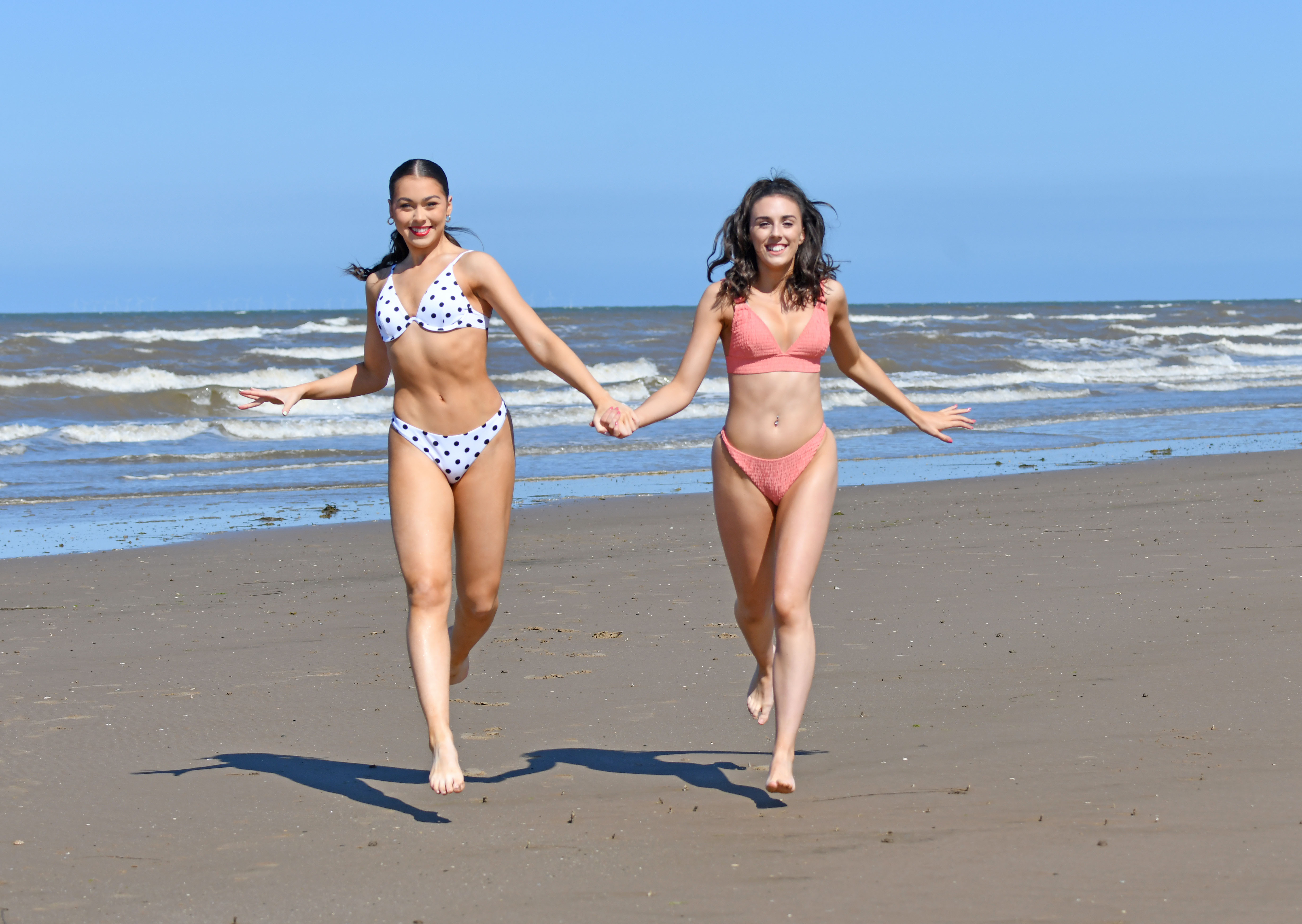 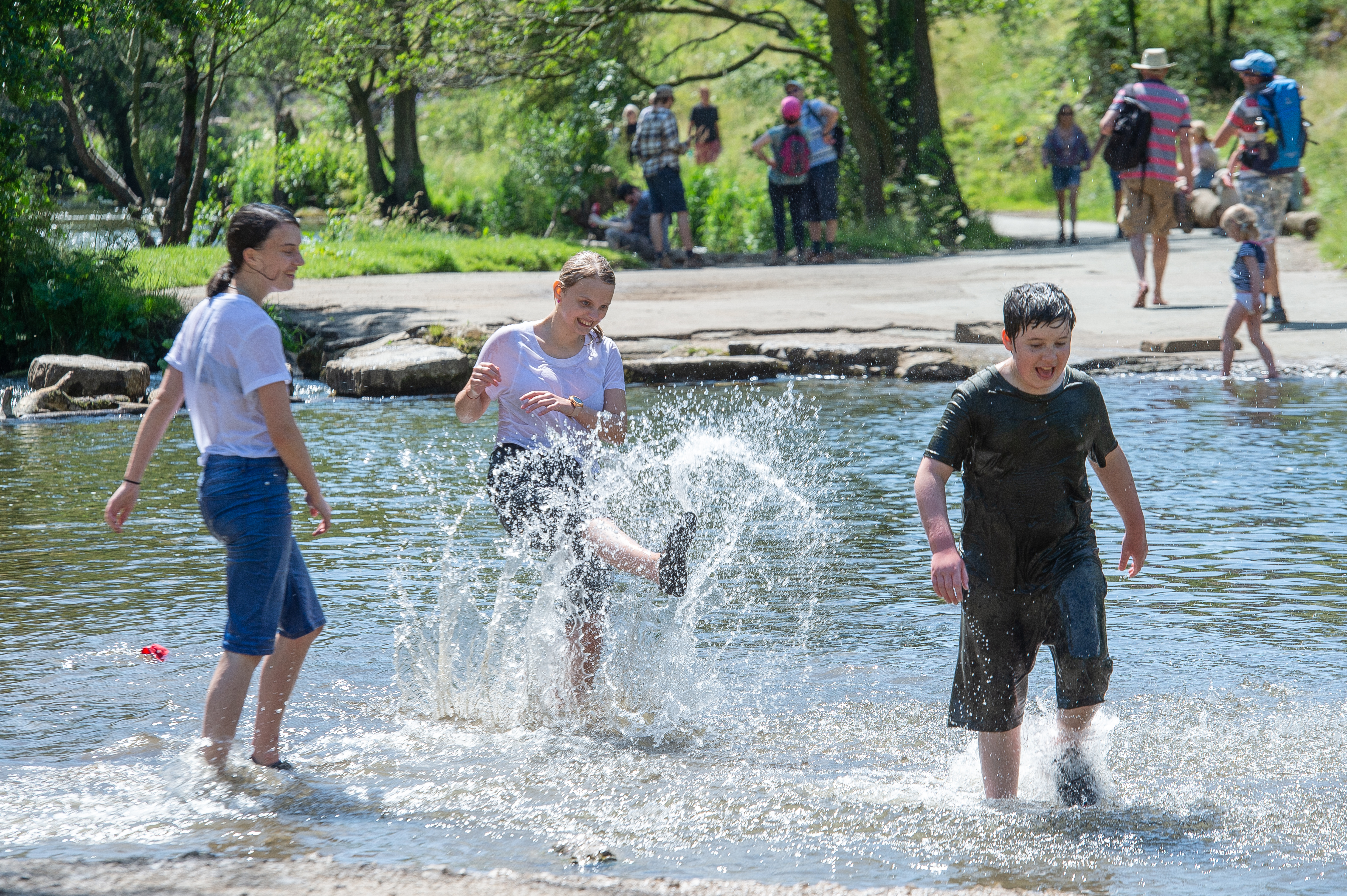