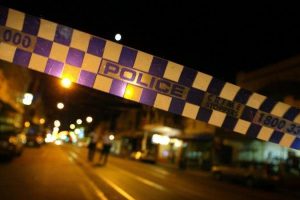 A notorious underworld figure was shot several times in the legs in front of two young children while stopped at a busy suburban rail crossing last week.

It is the third time in 18 months that unknown gunmen have targeted Douglas Mikhaeel, who has been feuding with a host of organised crime players including Middle Eastern and southern European gangs, outlaw motorcycle clubs and his former associates in the Notorious Crime Family. 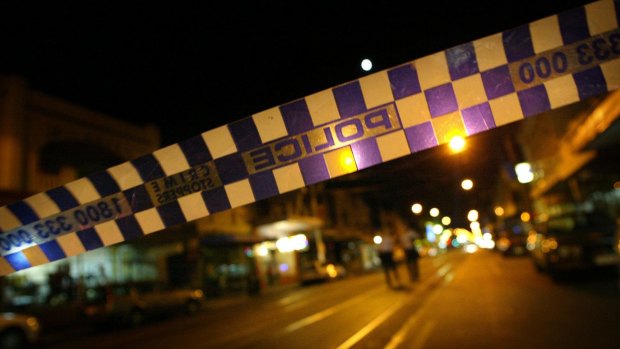 An underworld figure was shot in front of two children on Friday.Credit:Paul Harris

Police say the 27-year-old was stopped in his car at boom gates at the Deer Park train station level crossing on Mt Derrimut Road when he was ambushed at 9.12pm on Friday.

The assailants opened the driver’s door and shot Mikhaeel at least three times while his partner was in the passenger-side seat and his young niece and nephew were in the back. There were other cars waiting to cross the tracks.

Police are seeking multiple suspects, who were wearing balaclavas at the time.

Mikhaeel, who received non-life-threatening wounds, drove to Sunshine Hospital about 10 minutes away. Police learnt about the shooting after the hospital reported the wounds.

No one else was injured in what police have called a targeted attack.

“Any use of a firearm is incredibly concerning for Victoria Police, no matter the circumstance, but particularly where young children are present,” said Detective Superintendent Jason Kelly of Victoria Police’s anti-gangs division.

“We do believe this incident was targeted. However, it would have been incredibly frightening for the other people in the car and had the potential to impact other innocent parties.”

It is believed the shooters tailed Mikhaeel from a family event nearby and seized the opportunity to ambush him when his car stopped at the level crossing.

“In front of kids. No respect,” a source said.

The incident is reminiscent of the 2003 murders of Jason Moran and Pasquale Barbaro, who were gunned down inside a van, with children in the back seat, at an Auskick footy clinic in Essendon.

Victoria Police are appealing for witnesses to the Deer Park shooting to come forward.

“We know there were a number of other cars stationary at the crossing when the shooting occurred, so we are keen to speak to anyone who was in those vehicles at the time, as well as anyone with CCTV or dash-cam footage,” Kelly said.

The incident on Friday marked the first time Mikhaeel has been injured despite being targeted in two other gun attacks in the past 18 months.

In July 2021, a brawl at the Love Machine nightclub triggered a drive-by shooting at the home of Notorious Crime Family member Jimmey Barkho, with Mikhaeel allegedly returning fire on the car before his gun jammed. Mikhaeel had allegedly bashed and glassed several men in the club’s VIP area before security ejected all the warring parties earlier that night.

In a court hearing late last year, Detective Senior Constable David Clarke said Barkho and Mikhaeel were well known to police. Mikhaeel pleaded guilty over his involvement in the affray at the nightclub and received a community corrections order after spending a month in remand.

In 2017, Mikhaeel pleaded guilty to weapons offences after being caught with a handgun and ammunition, according to court records.

Sources say Mikhaeel is no longer on good terms with Barkho or the Notorious Crime Family, which is a drug trafficking and standover syndicate founded by jailed murderer George Marrogi in 2019. The group has been linked to shootings and assaults.

Last year, Barkho’s home in a north-west inner suburb was sprayed with bullets, in another drive-by shooting that remains unsolved.

Despite the publicity generated by high-profile attacks against Mikhaeel and Sam “The Punisher” Abdulrahim at a funeral in June 2022, the number of non-fatal shootings in Victoria has fallen 37 per cent. There were 41 recorded in 2021, compared with 26 last year, according to police data.

Anyone with information is urged to contact Crime Stoppers on 1800 333 000 or submit a confidential report online at www.crimestoppersvic.com.au