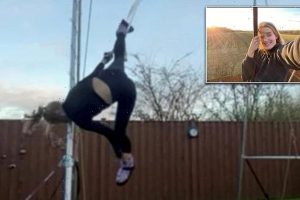 Acrobattering! Painful moment aerialist swings off course and smashes her face into metal frame as she practises a new trick

This is the moment a wannabe acrobat lost control during practice – and smashed her face.

Millie Short, 22, from Nottingham, was performing stunts using aerial straps on December 15 when she whacked into the frame she was attached to.

She set up a video camera so she could watch her practice back – but ended up filming herself face planting a pole. 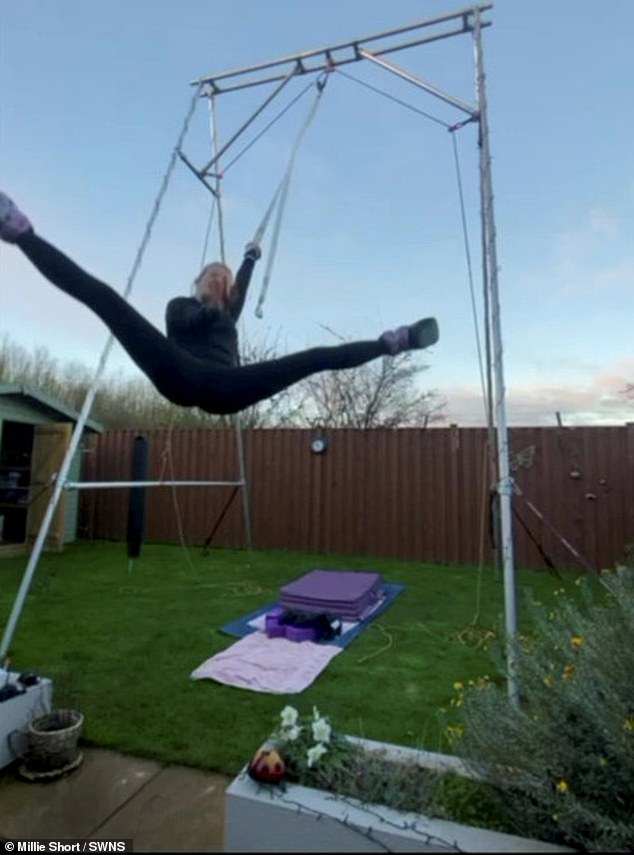 Millie Short, pictured, was practising acrobatics in the back garden of her home in Nottingham 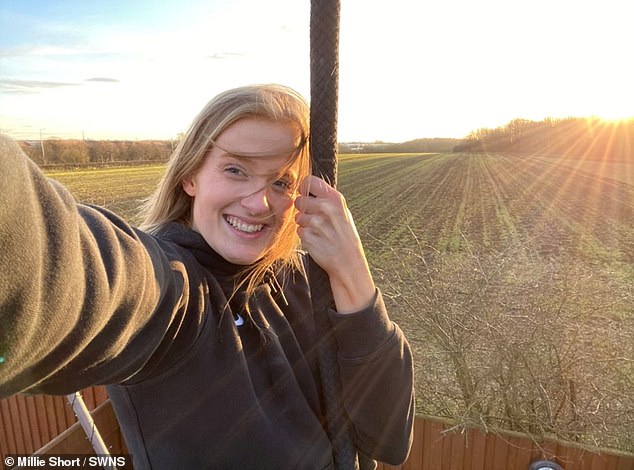 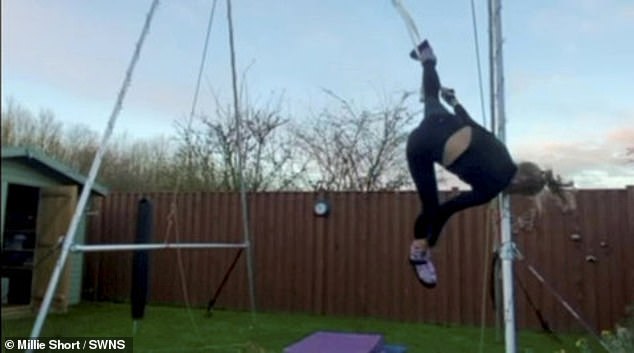 After hitting the pole, Ms Short walked across the garden holding her face. She told the camera: ‘I need to sit down.’

Speaking after the incident, she said: ‘I went to go upside down, but moved to the side without realising – and smacked my face!’

Ms Short, from Nottingham, is currently working at Nike but hopes to become a full-time aerialist performer

The footage shows Ms Short dangling using one hand while trying to build up momentum.

Ms Short makes several attempts to launch herself higher off the ground, but running on a mat underneath the frame.

She then was able to rotate upside down in order to begin her acrobatic routine.

Unfortunately, as she began to rotate, she was sent swinging in a diagonal direction.

Ms Short had set up her phone on a table outside the back door of her home which showed her edging ever closer to the aluminium pole.

She stopped dead after slamming head first into the pole. 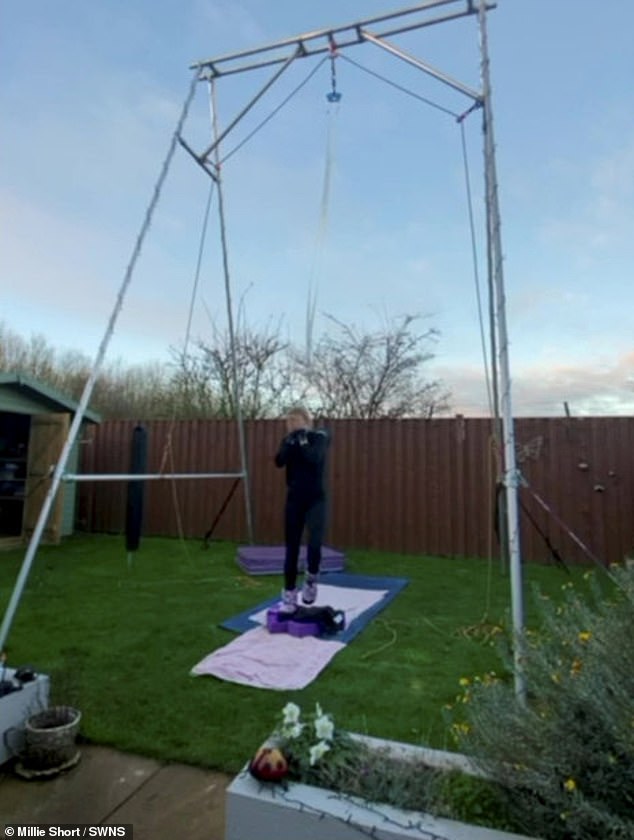