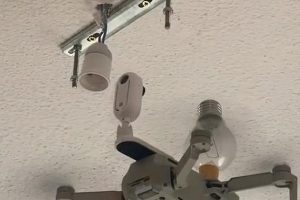 How many drones does it take to change a lightbulb? Just the one… Bulb is flown up to the socket and even screwed into place by remote control

This is the moment a drone pilot fitted a lightbulb using a quadcopter and a tiny action camera.

The stunt, set up by drone manufacturer DJI saw a lightbulb attached to a wine cork which was stuck to the body of the device.

A small action camera was fitted to the rear of the body – as drones are not fitted with cameras showing the top of the device. 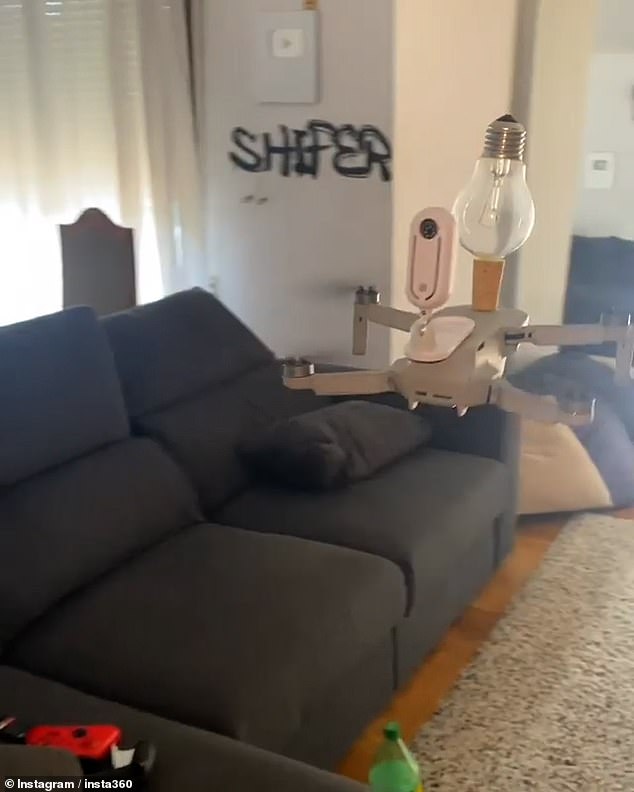 The drone pilot fitted the lightbulb to the top of his machine using a wine cork and balanced that weight with a Insta360 Go2 action camera attached to the rear. The operator needed the camera to monitor the exact position of the bulb in comparison with the fitting 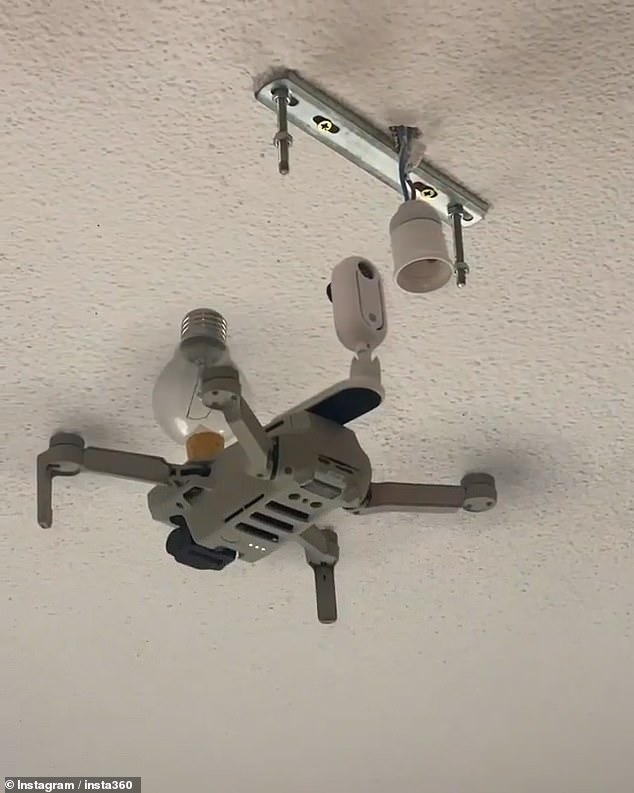 When approaching the target, the operator had to be careful that the drone’s rotors did not hit the light fitting which would send the device plummeting to the ground, possibly shattering a blade

In the footage, the drone is manoeuvered through a living room, dodging furniture while approaching the light fitting.

The Insta360 action camera on the back of the drone allowed the operator to see the threads on the screw-in light bulb and line it up with the fitting.

The operator had to be incredibly careful when approaching its target as the drone’s rapidly spinning blades are above the device’s body and were at risk of making contact with the light fitting.

The one-minute long video shows the drone carefully move into position below the light fitting, gradually inching towards its target.

When the lightbulb is directly below the fitting, the drone’s operator increases power gradually to dock the bulb into the fitting.

Once the bulb is inside the fitting, the pilot spins his drone anti-clockwise to tighten the connection.

After a couple of rotations, the bulb flickers to life.

The dramatic footage has been shown more than three million times on TikTok, using some audio featuring Matthew Mcconaughey from the hit Hollywood movie Intersteller 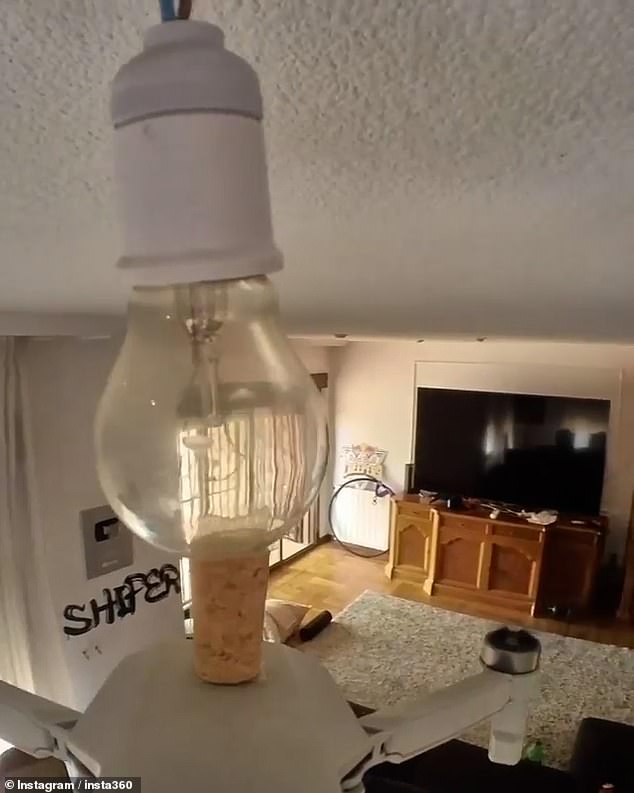 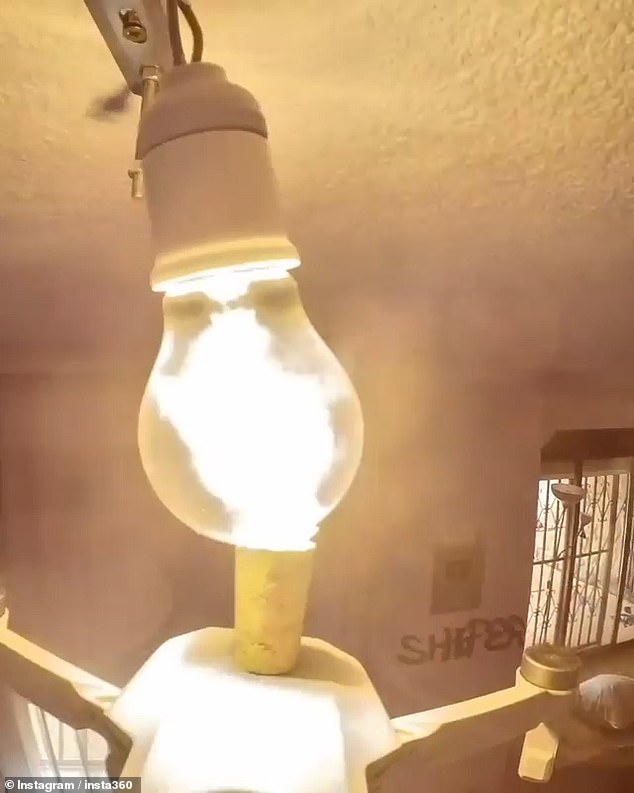