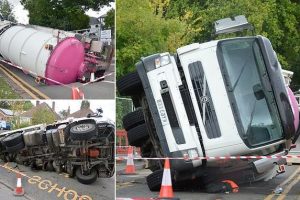 A huge lorry, carrying tons of sewage, has fallen into the road after it was swallowed by a sink hole just a few steps away from a primary school.

The giant water tanker, carrying thousands of gallons of waste, capsized after its wheels fell into a 20ft hole on a road in Wokingham, Berkshire.

Police and fire crews were immediately called to the scene on Friday evening where the closed off the road and scratched their heads about how to get the multi-ton lorry out of the sinkhole.

The collapse happened as Thames Water workers were dealing with a blocked sewer. 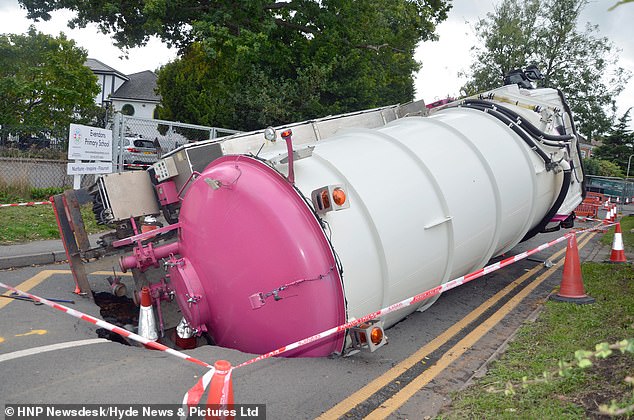 A huge lorry carrying tons of sewage was swallowed into a sink hole in Wokingham, Berkshire on Friday evening 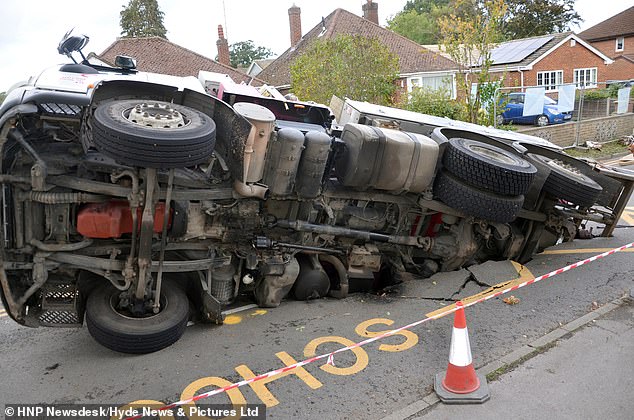 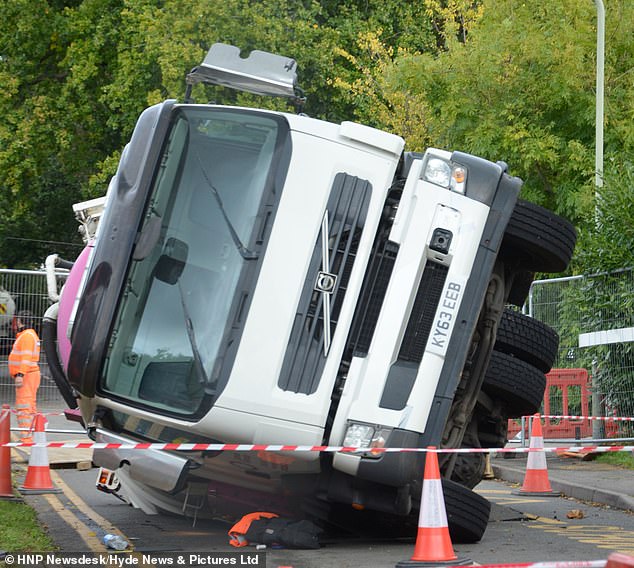 The water company had called on the massive tanker to assist with taking away the foul water that had built up and blocked the pipes.

Fortunately the incident occurred in the evening, so no school children were harmed.

Workmen have speculated that a huge crane will be required to remove the tanker out of the ditch, believing the vehicle could be stuck in the road until Tuesday.

An announcement is yet to be made about whether pupils from Evendons Primary School will be turned way tomorrow.

There are also fears that further parts of Evendons Lane might collapse under the weight of the crane, especially when it tried to lift out the tanker.

One local resident said that there had previously been sink holes in the lane but nothing as dramatic as the latest incident.

A spokesman for Thames Valley Police said that although officers supervised the road closure, the incident had since been handed over to the Royal Berkshire Fire and Rescue Service and Thames Water.