What happened to Naples Zoo's Eko the tiger? 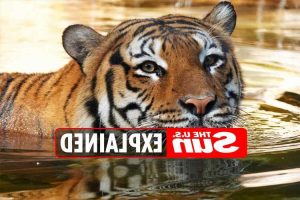 A MALAYSIAN tiger is dead after a man was dragged into the enclosure at a zoo in Naples, Florida on Wednesday.

The man, whose name has not been released, was airlifted to a hospital and is reported to be in serious condition. 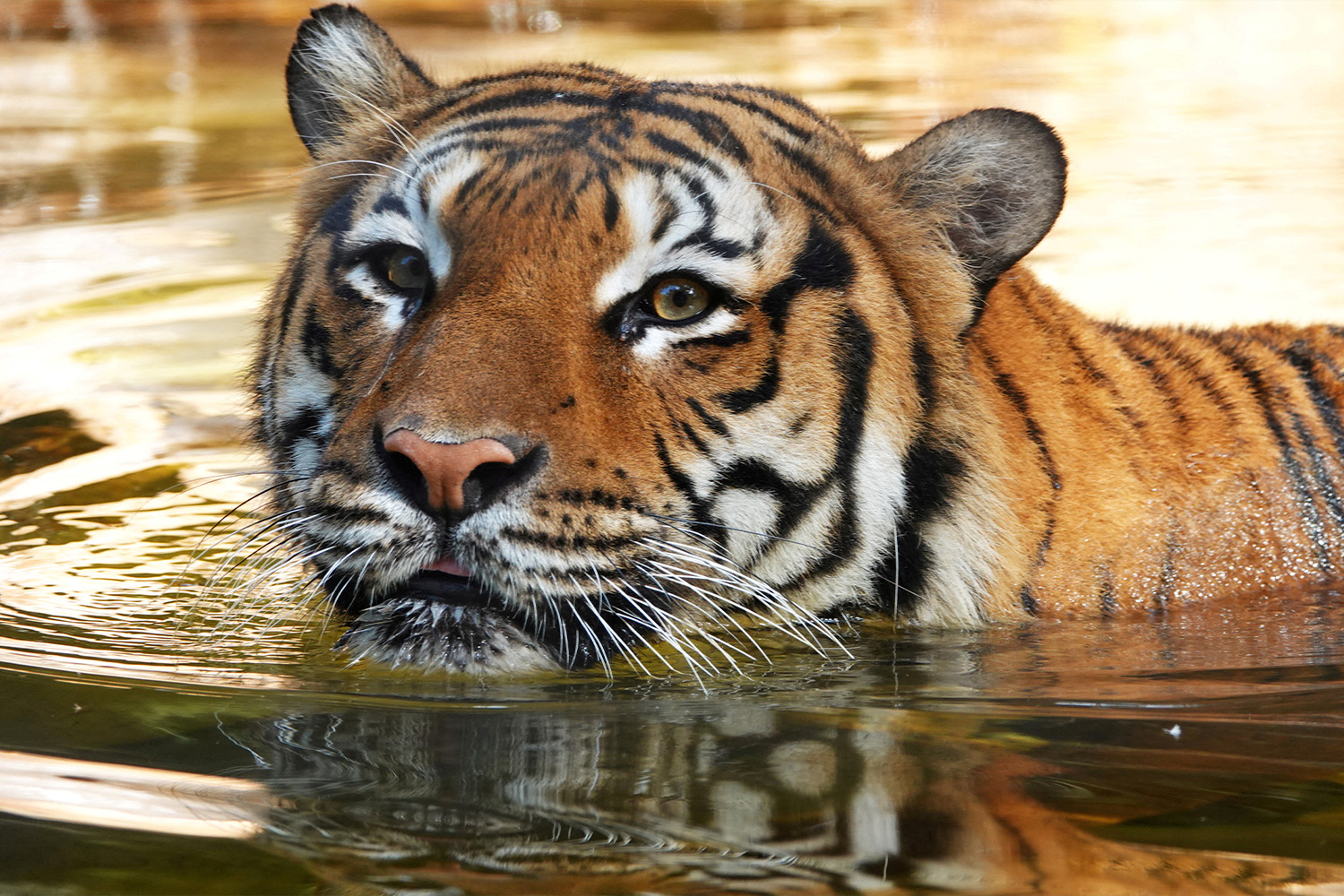 What happened to Eko the tiger?

A man entered Eko the tiger's enclosure at Naples Zoo at Caribbean Gardens in Naples, Florida on Wednesday without authorization, according to a spokesperson for the zoo.

Upon entering the unauthorized area, the tiger grabbed the man's arm and pulled him into the pen.

Police were called to the scene at about 6.30pm, and a deputy tried to get Eko to let go of the man by kicking on the enclosure.

When he was unsuccessful, the deputy fired at the tiger, who died later that day.

Collier County Sheriff’s Office said in a statement, "The deputy was forced to shoot the animal" when Eko did not release the man's arm. 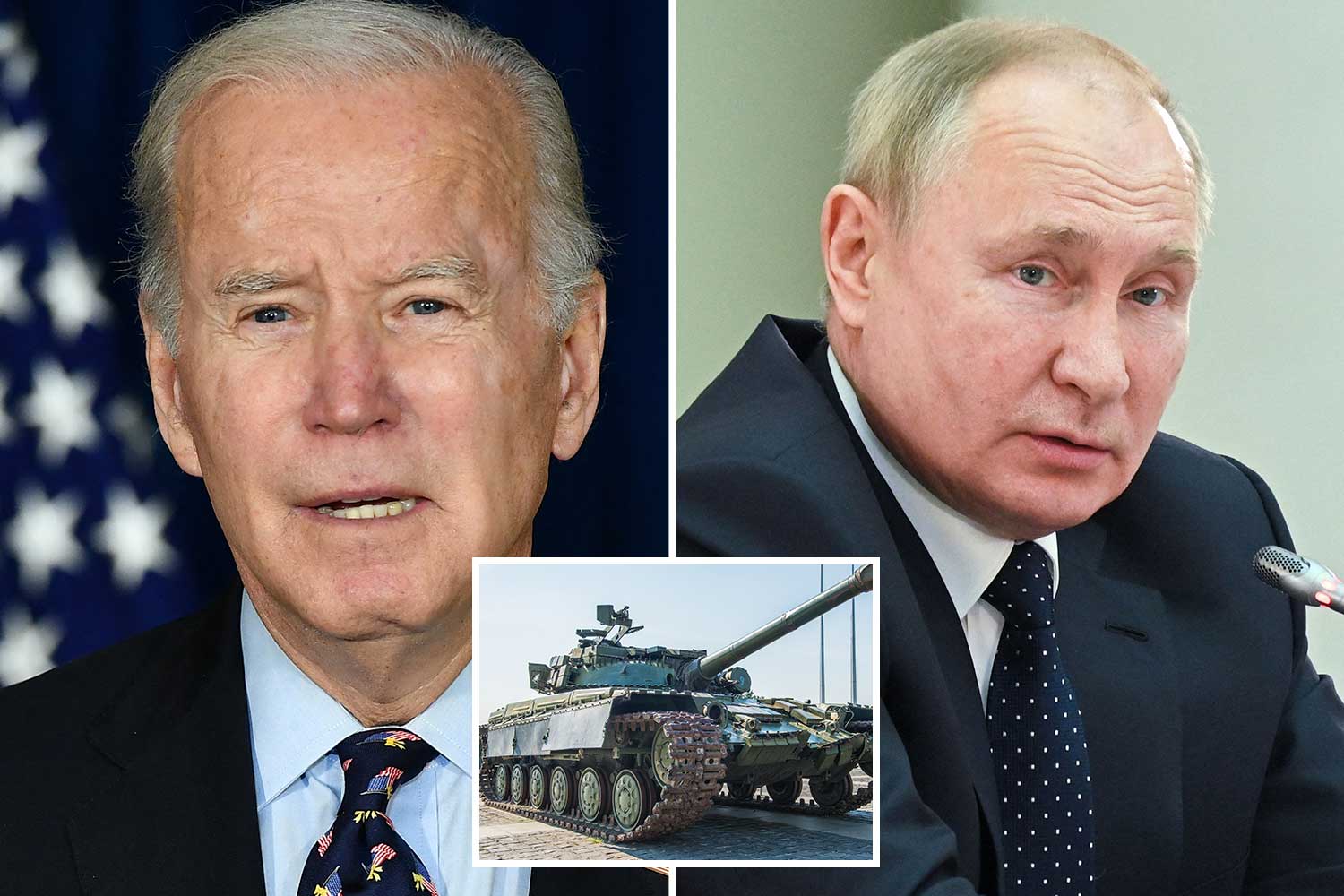 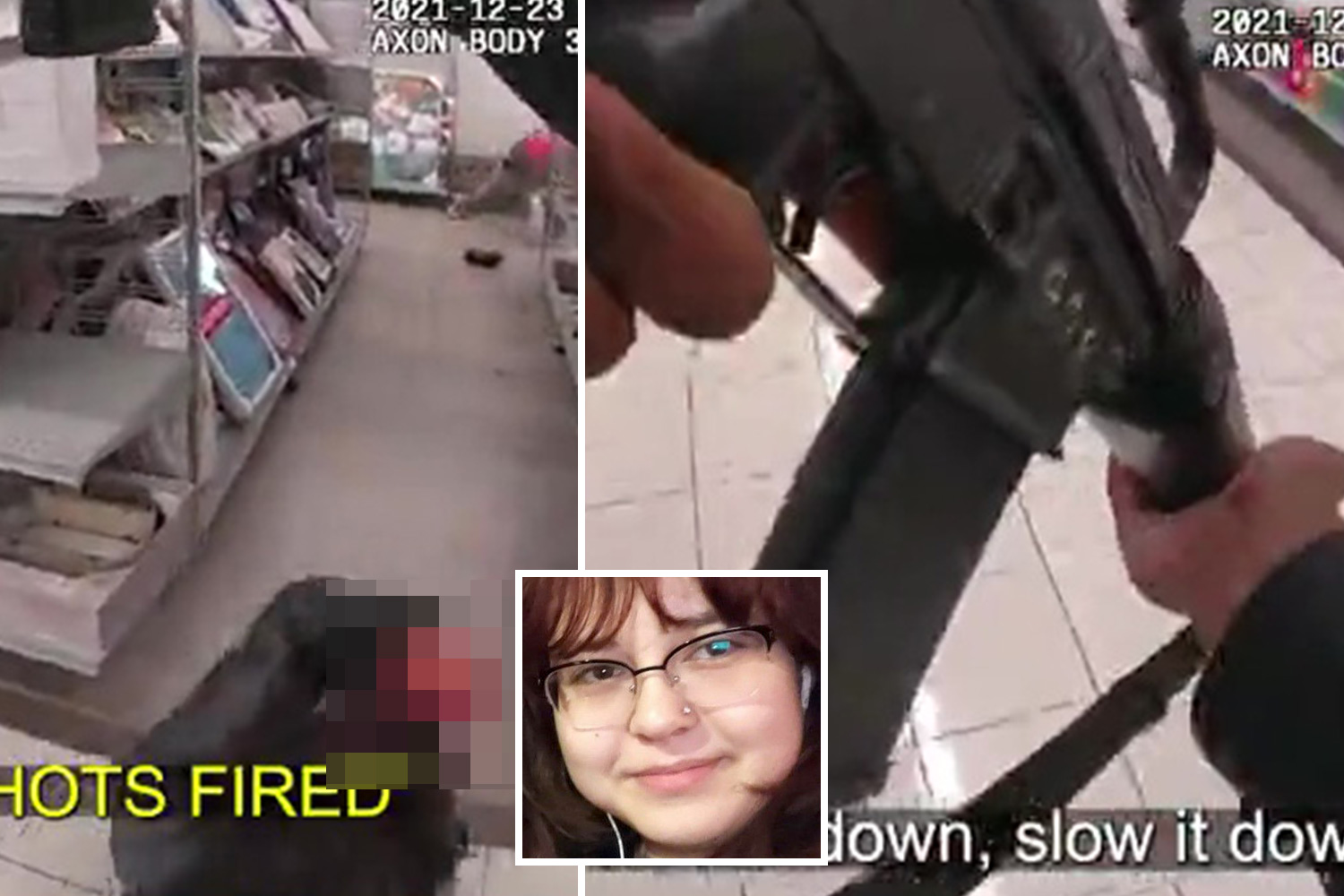 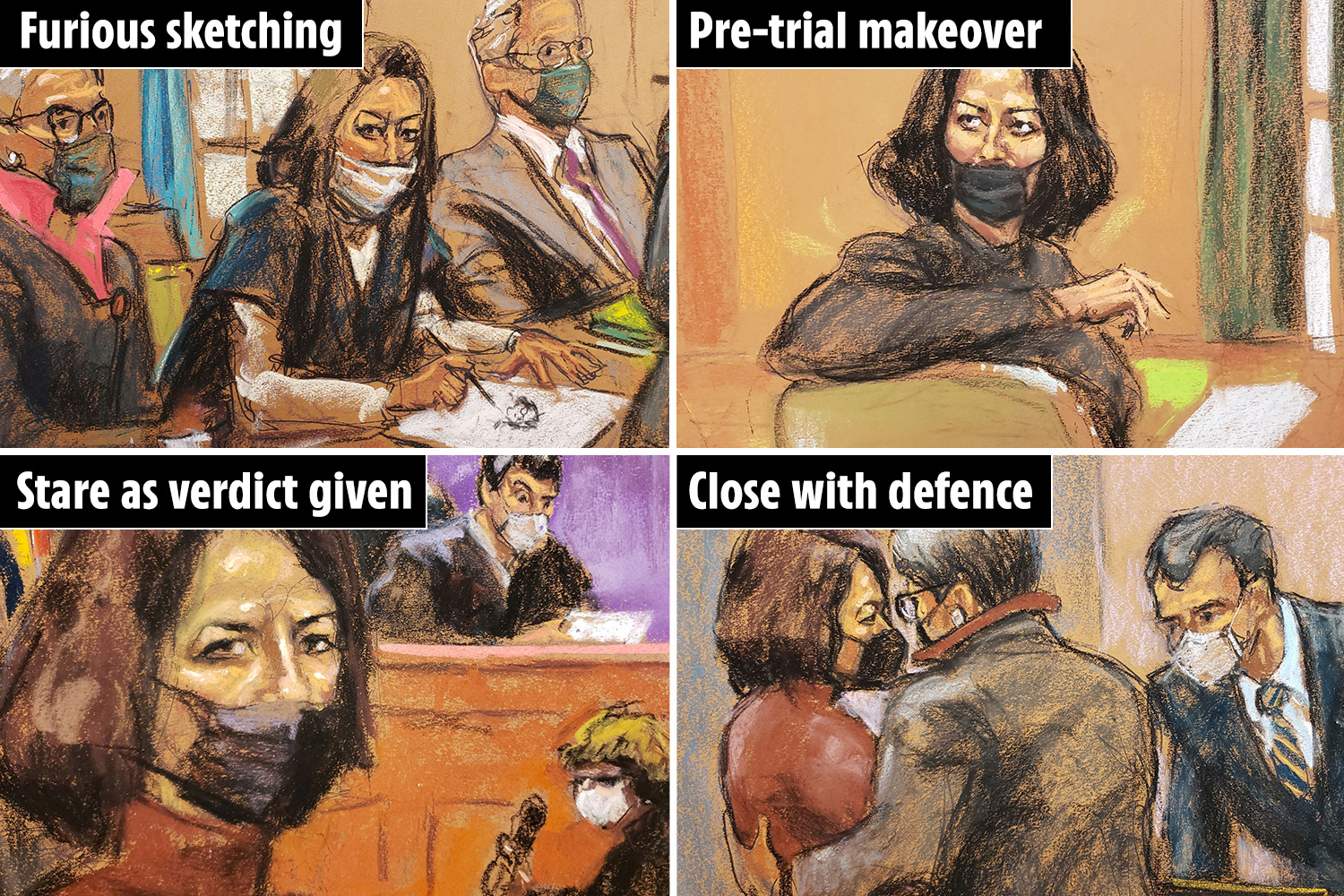 Sheriff Kevin Rambosk of the Collier County Sheriff's Office said, "The man was either petting or feeding the animal, both of which are unauthorized and dangerous activities."

He added, "Initial reports indicated that the tiger grabbed the man’s arms and pulled it into the enclosure after the man traversed an initial fine barrier and put his arm through the fencing of the tiger enclosure."

The man was brought to Lee Memorial Hospital via helicopter. No additional information has been released.

What was the man's position at the zoo?

The man, who is in his twenties, is a contracted cleaner for the zoo and was supposed to only be cleaning the bathrooms and gift shop, according to the zoo.

The zoo said it was closed for the day and it is still unknown why the man decided to enter the tiger's enclosure.

In a statement, the zoo said the man "entered an unauthorized area near a tiger that was inside its enclosure.

"The cleaning company is responsible for cleaning restrooms and the gift shop, not the animal enclosures." 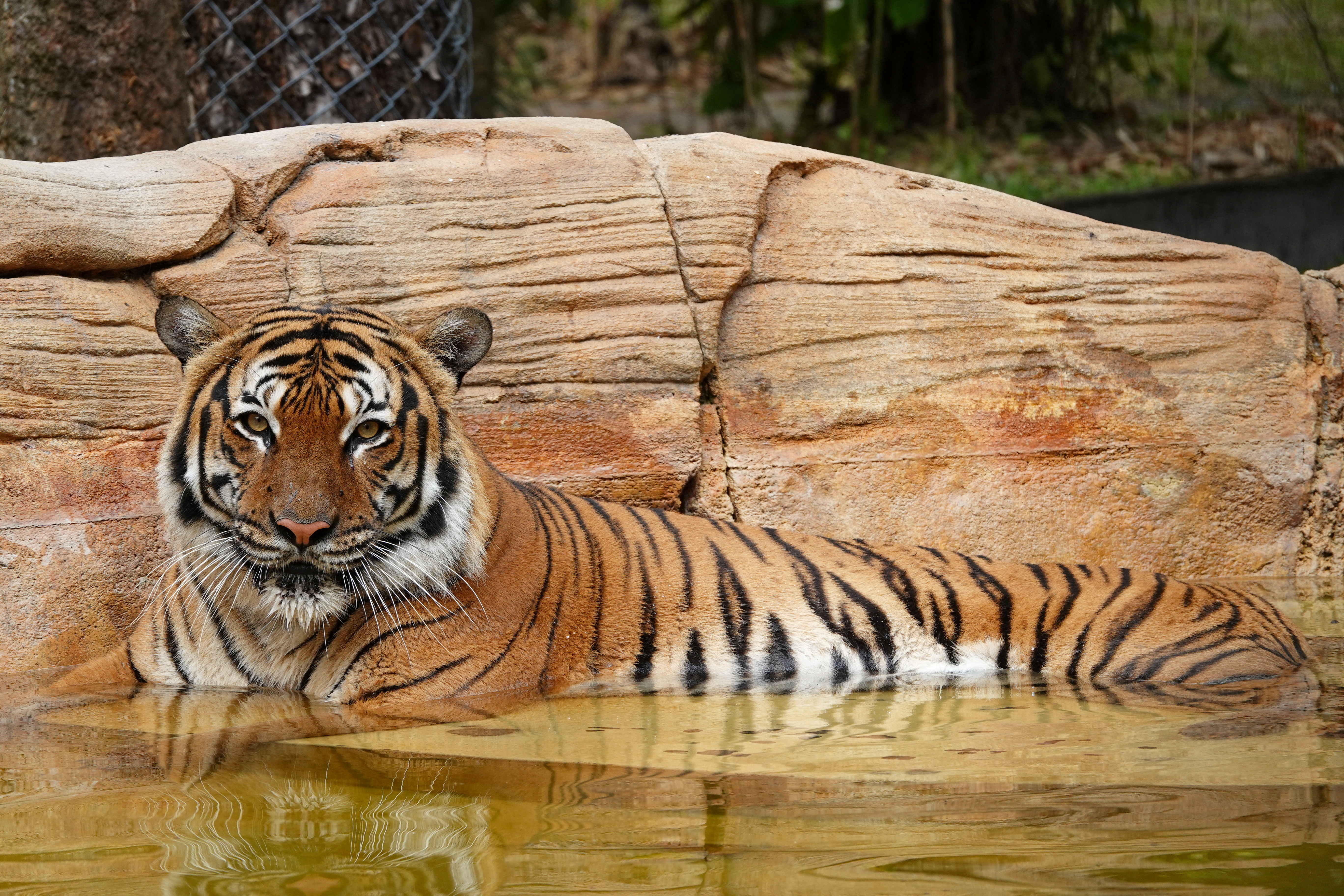 Was Eko the tiger an endangered species?

Eko is an eight-year-old Malaysian tiger whose species is critically endangered. It is estimated that there are less than 200 Malaysian tigers worldwide, according to a 2020 study.

This tiger's breed is partially endangered because of deforestation and land lost to development.

The World Wide Fund for Nature (WWF) says the breed has significantly dwindled from the 1950s when there were 3,000 Malaysian tigers worldwide.

The Malaysian tiger is protected under the 2010 Wildlife Conservation Act and if nothing is done to preserve the species, the Embassy of Malaysia says they will be extinct in five to ten years.