The Republican former president, who was impeached twice in the House, recently said in an interview that he received a booster shot, and called the COVID-19 vaccines “one of the greatest achievements of mankind”. 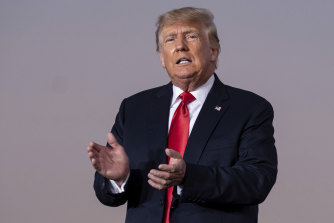 “We’re grateful that the former president got the booster, and we’re also grateful that he made clear in a recent interview that they work and they’re safe,” Psaki told reporters in a briefing on Thursday.

Just 62 per cent of Americans are fully vaccinated, one of the lowest rates among rich nations, thanks in part to a Republican-led pushback against Democratic President Joe Biden’s year-long vaccination campaign.

Trump revealed on Sunday during an interview with former Fox News personality Bill O’Reilly that he received a booster shot of the COVID-19 vaccine, triggering jeers and hectoring from the live audience. 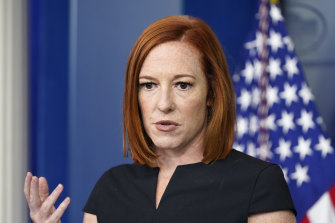 Public support of boosters represents a change in tone for Trump, who said in September that he likely would not get one.

More than 800,000 Americans have died from COVID-19, the most of any nation. The vast majority of deaths this year have been among the un-vaccinated.

Trump was impeached twice by the US House: first in 2019, for his dealings with Ukraine, and the second time in January 2021, for “incitement of insurrection” following the January 6 Capitol riot. In both cases, Republicans in the Senate for Trump’s acquittal, preventing his conviction for the charges.