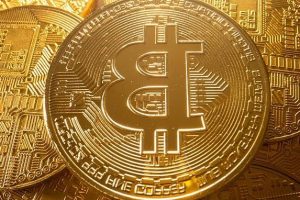 The dress code was baggy shorts and T-shirts when the rich and famous jetted over to the Caribbean two weeks ago for Crypto Bahamas.

The four-day conference in a luxury resort for leading creators and investors in Bitcoin and other cryptocurrencies featured talks by spotty computer nerds and such well-known financial luminaries as Tony Blair and Gisele Bundchen.

Actor Orlando Bloom and his pop singer wife Katy Perry were among other celebrities who flew in for a private dinner with fellow investors.

In between sessions with titles such as ‘Winning’ and ‘How Crypto Empowers Global Citizens’, attendees could attend ‘Sunrise Yoga’ and a ‘VIP pool party’.

The mood was self-congratulatory, but how could it not be, given that everyone involved in ‘crypto’ — the controversial digital currencies that exist only online — have spent the past few years being reassured that they are the prophets of the future. 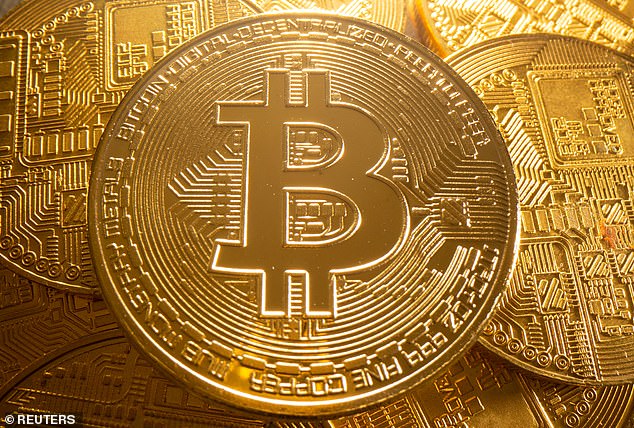 Financial analysts predict a ‘crypto winter’ for Bitcoin and other cryptocurrency rivals such as Ethereum and Solana. Some believe the horrendous slump in the cryptocurrency market could be the one that ends the party for good

They’ve been riding a wave of hype that has seen Bitcoin and its ilk hailed as a revolution that will transform how economies function and governments govern.

In the process, some people have made a fortune from a gigantic speculative bubble.

But this glitzy celebration, in one of the world’s most notorious tax havens, was just a little ill-timed.

Financial analysts predict a ‘crypto winter’ for Bitcoin and other cryptocurrency rivals such as Ethereum and Solana.

Sceptics have often been proved wrong — or at least premature — as the currencies have suffered yet another precipitous crash in value, only to recover.

Now, some believe the horrendous slump in the cryptocurrency market could be the one that ends the party for good.

A perfect storm of circumstances, not least a looming fall in tech stocks that many fear will turn into a historic crash, has led to predictions that we are about to see another repetition of the fate of the dotcom boom.

And cryptocurrencies are slap bang in the firing line — along with a spin-off fad for digital art, known as NFTs, or non-fungible tokens.

The crypto ‘bear market’ (technically a prolonged fall of at least 20 per cent in share or market prices) has so far seen Bitcoin, the most popular cryptocurrency, more than halve in value since its peak in mid-November. It is now worth an estimated £24,000.

Other cryptocurrencies have experienced even worse decline, dropping as much as 80 per cent.

The amount of business done by crypto exchanges, which hold the ‘blockchain’ ledgers that record transactions, is also dropping heavily.

This has happened many times before, only for buyers to purchase the crypto coin in the expectation that its value will recover. And when they pile in, it often does bounce back.

This time, however, sceptics say that trend hasn’t been repeated, as speculators see less potential for making a fast buck.

Rising interest rates around the world are a major part of crypto’s problem. The pandemic was a golden time for cryptocurrencies, as central banks pushed interest rates down to record levels to boost economies.

This low propelled investors to look for assets that provided a healthy rate of return and many inevitably targeted Bitcoin and its rivals, dubbed altcoin.

Meanwhile, rising inflation — up to a 30-year high in the UK — has exposed another weakness of cryptocurrency. 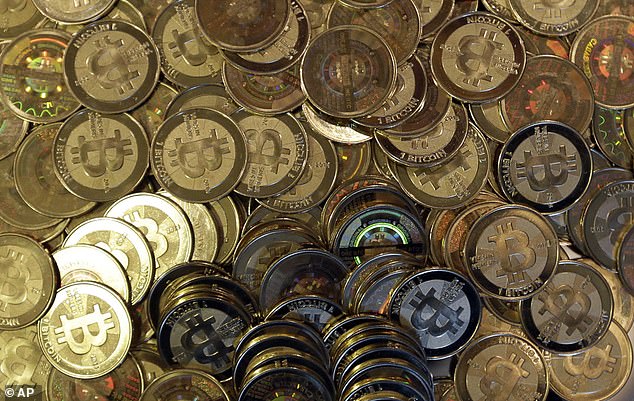 Bitcoin is designed so that there will only be 21 million coins. The cryptocurrency was hailed as a hedge against it that was more effective than gold, but cryptocurrencies have recently been falling in value even faster than ‘real’ currencies such as the pound

At the pandemic’s height, when fears of galloping inflation were rife, it was hailed as a hedge against it that was more effective than gold.

While central banks can print as many banknotes as they like, Bitcoin is designed so that there will only be 21 million coins.

There are currently about 19 million in circulation, owned by an estimated one million people. In fact, cryptocurrencies have recently been falling in value even faster than ‘real’ currencies such as the pound.

Cryptocurrencies have also seen governments undermine another of their perceived strengths — that the system’s anonymity protected them from official interference — by regularly finding ways of tracking crypto transactions to discover where the money is going.

China has also clamped down heavily on the industry, seeing it as a threat to its sovereignty, while the vast energy output used to mine the coins continues to cast a long shadow.

Some predict that the excitement surrounding cryptocurrency will wear off, laying bare its inadequacies — both as a means of exchange that is vulnerable to fluctuations in value and so secretive that many of its users appear to be criminals.

In the past, there’s been a healthy supply of investors and bankers with a vested interest in maintaining the cryptocurrency excitement.

Crypto speculators largely manufactured the hype over turning digital images into Bitcoin-like certificates of ownership, known as NFTs, bidding millions of dollars for pictures that anyone could copy for free. However, that sort of spending cannot last.

This week, El Salvador president Nayib Bukele — whose tiny country became the first to make Bitcoin legal tender — unveiled plans for his cryptocurrency city, harnessing the power of a nearby volcano to mine crypto coins.

The eccentric leader boasts that he wants it be a safe haven for Bitcoin investors.

If so, he had better start arranging some deals with cut-price airlines: his target clientele may not be quite so flush with cash as he hopes.