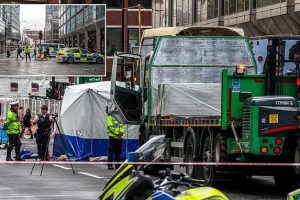 Woman, ‘in her 60s’, dies after being hit by lorry while crossing road near London’s Victoria Station

A woman believed to be in her 60s has died after being hit by a lorry while crossing a busy central London road today.

The crash took place at 9.45am this morning on Victoria Street in Westminster near Victoria Station, when an elderly woman was hit by a lorry while crossing the road.

A witness said: ‘An elderly woman was crossing the road before she was hit by a lorry.’

The Metropolitan Police has confirmed the collision was fatal and that she was found dead at the scene. 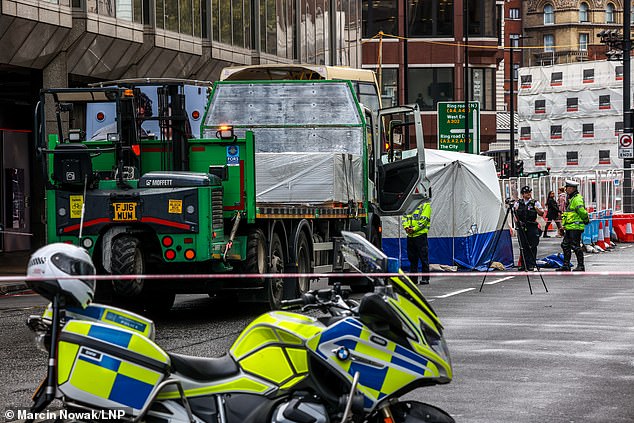 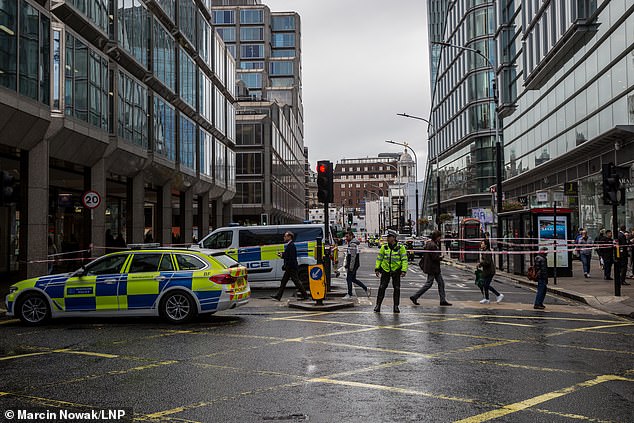 Victoria Street, near Victoria Station, in Westminster was closed by police after the collision

Police are investigating the fatal collision which was attended by officers, the London Ambulance Service and the London Air Ambulance.

Around the scene on Victoria Street, the road remains closed.

A spokesperson for the Met Police said: ‘Officers are investigating a fatal collision.

Police were called at approximately 09:45hrs on Tuesday, 27 September to reports of a road traffic collision involving a female pedestrian and a lorry in Victoria Street, SW1.

‘Officers, London Ambulance Service and London’s Air Ambulance attended. The woman, believed to be aged in her mid-60s, was pronounced dead at the scene.

‘Officers are working to inform next of kin. Road closures remain in place around the scene. Enquiries into the circumstances continue.’