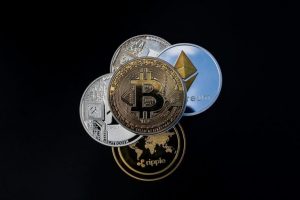 Crypto millionaires are moving in droves to the Caribbean island of Puerto Rico in order to take advantage of the U.S. territory’s tax benefits and lavish island lifestyle.

According to a report by CNBC, the crypto wealthy are flocking to Puerto Rico due to its crypto-friendly policies, including huge tax breaks for inhabits who spend at least 183 days on the island each year. Residents in the territory are able to hold onto their American passports, in addition to avoiding paying taxes on capital gains.

David Johnston, who has been involved in crypto since 2012, moved his entire family from Austin to Puerto Rico in March 2021, calling the decision a “no-brainer.” Johnston claimed most of his friends had made a similar decision.

That’s where all my friends are. I don’t have one friend left in New York, and maybe the pandemic accelerated this, but every single one of them has moved to Puerto Rico.

Johnston drew parallels between Puerto Rico and Austin, likening the small island territory to the Texas capital prior to its metamorphosis into a US technological hub.

Despite the excitement and influx of crypto entrepreneurs, some locals appear unhappy with the new residents. In particular, Puerto Rican citizens bemoan the capital gains tax exemption, which only applies to outsiders. The surge of wealthy newcomers has also led to a rise in real estate prices, which have outgrown the cost of living and contributed to resentment.