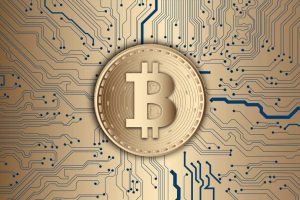 Despite the recent crash in the cryptocurrency market and Bitcoin moving below $36,000 for the first time in months, hash rate and mining difficulty have registered new highs. This shows that the network remains strong and ready to continue expanding in the future.

However, it is worth taking into consideration that the recent price data might not have yet been registered by the network. That means that the effects of this price drop should be seen by the network in early February, when the next Bitcoin difficulty adjustment takes place.

Things seemed to be going on very well for the underlying metrics of Bitcoin. Lightning payments have been growing over the last months and Bitcoin (BTC) mining difficulty has reached new highs. Additionally, the network’s hash rate has also reached new highs after a hard 2021 with China banning miners in the country.

According to Blockchain.com, the total hash rate has reached a new high of 198.864m TH/s. This is the highest level registered in history. This comes after several weeks in which Bitcoin has been traded between $43,000 and $40,000 per coin. However, things have recently changed, which could push the hash rate lower.

With an additional increase of Bitcoin’s difficulty to 26.64T on Friday, we have reached the highest value in history. This difficulty adjustment makes it possible for mining companies to create new and more efficient mining machines to secure the network even further.

As mentioned before, difficulty and hash rate have yet to report the recent price drop experienced by Bitcoin in recent days. This usually takes a few days to be reported due to different reasons. The first thing to mention is that the next Bitcoin difficulty adjustment takes place in early February. Furthermore, the hash rate has yet to fall from its recent highs. If it does not do so, it might not have an impact on difficulty.

Recent reports showed that Bitcoin mining profitability was close to $34,000 with the current difficulty. That means that we might not see a massively large drop in hash rate in the coming days. But this remains to be seen as miners do not immediately turn their machines off. Therefore, it could be a good idea to wait for some days before analyzing Bitcoin’s hash rate after this recent price action.

At the time of writing this article, Bitcoin is being traded close to $35,900 and it has a market capitalization of $680 billion.