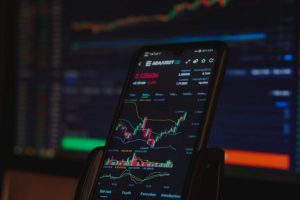 The Cardano ($ADA) network has reached a new milestone after processing over 20 million transactions since it was launched. The growing number of transactions comes as Cardano’s development moves forward.

The milestone was first spotted by a Reddit user who said out that the Cardano network has suffered no downtime for over 1500 days since it was launched. Replying to the user some said that in April the network endured a small amount of downtime in users “couldn’t make transactions” as the result of a technical bug. As CryptoGlobe reported, data has also shown that the number of active addresses on Cardano recently jumped from around 150,000 per day to over 480000, before plunging back to 200,000.

Similarly, the number of Cardano addresses staking the cryptocurrency grew by over 100,000 in just two months as more investors are betting on the cryptocurrency and its ecosystem. Data shows there are $37.67 billion worth of ADA staked across 2,957 active pools, representing over 72% of the ADA’s supply.

Earlier this year the price of ADA exploded ahead of the rollout of the widely anticipated Alonzo hard fork, which brings smart contracts into the network and allows it to compete with the Binance Smart Chain (BSC), Ethereum (ETH), and Solana (SOL).

ADA’s price started dropping amid a wider cryptocurrency market correction. While some cryptoassets have already started recovering, data from CryptoCompare shows ADA has kept on dropping and is now trading at $1.57.

On social media, users have speculated that activity on the Cardano blockchain will explode as lending and borrowing platforms built on top of it start getting new users. While DeFi activity on Cardano is slowly moving forward, the network’s on-chain transaction volume has nevertheless been notable.

As reported, data shows that Cardano’s on-chain transaction volume briefly surpassed that of Ethereum, at one point doubling it. In a 24-hour period, Cardano’s volume was $18.24 billion, while Ethereum’s was at around $9.3 billion.