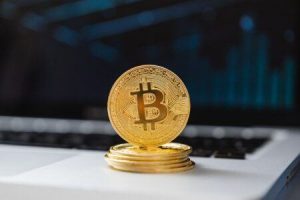 In a video (titled “Cardano Breaks $1 But $10 Is Possible In This Bull Cycle! Here’s Why!”) released on his YouTube channel yesterday (February 2), Van de Poppe told the 32K+ subscribers of his channel that the current market rally is dwarfing 2017’s bull run, which saw the price of Bitcoin leap to a then all-time high of nearly $20,000.

“Given that we are inside a very strong fundamental period for cryptocurrencies in general, overall this bull phase that we had in 2017 is going to be minimal to the one in the cycle that we have right now.”

Van de Poppe drew a parallel between the current craze for cryptoassets and the Dotcom bubble of the late 1990s to predict future market capitalization. According to the analyst, cryptoassets could grow another 600% in value, bringing the price of Bitcoin to the range $330K – $400K.

Van de Poppe was particularly bullish on Cardano, predicting the price could climb as high as $10 on the current rally.

The popular analyst continued, saying a price correction for ADA would offer a “massive opportunity” for traders to gain entry into the cryptoasset.