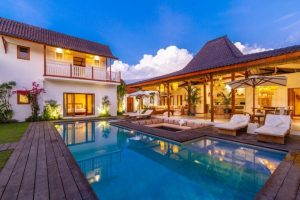 A cryptocurrency investor has revealed they have sold their apartment for 4 million Shiba Inu ($SHIB) tokens hoping that the meme-inspired cryptocurrency will rally in the future to allow them to become a billionaire.

According to TheSun, citing a Reddit user, they are hoping that one SHIB token starts trading at “at least” $0.01 or $0.10, even if the cryptocurrency takes “10 years or 15 years” to get to that price point. They added:

“And if I lose everything, I really don´t care, I have a good business that I can rely on, it´s not much, but I´ll play to get it better in the close future.”

The news outlet notes that other Shiba investors have recently tied up their life savings in the meme-inspired cryptocurrency and are refusing to sell until they become rich, even while being homeless.

The cryptocurrency has seen its price shoot up this year, so much so that at one point one investor who bet $8,000 on the cryptocurrency saw the value of the investment surge to $5.7 billion before the token’s price started dropping.

The meme-inspired cryptocurrency has become the biggest ERC-20 token holding among the top 1,000 Ethereum ($ETH) wallets, with a total value of over $2.37 billion, after flipping the Bitpand Ecosystem Token ($BEST) and OKEx’s $OKB.