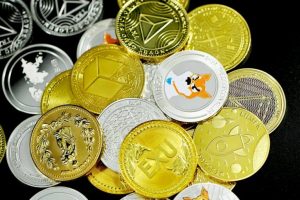 According to data from whale monitoring service WhaleStats, the largest Ethereum whales haven’t divested of their Shiba Inu holdings over the last few months, and keep SHIB as one of their largest holdings, behind Ethereum’s ether ($ETH) only.

The platform’s data shows that whales’ SIB holdings saw their dollar value decline amid a wider market sell-off that has seen investors retreat to the safety of the U.S. dollar. Year-to-date, the U.S. Dollar Index (DXY) has moved up roughly 18.3%, as other fiat currencies including the Euro and the Great British Pond have seen their value plummet.

WhaleStats’ data shows that the 1,000 largest whales on the Ethereum network currently hold, on average, $21.4 million worth of the network’s native $ETH token and $6.5 million worth of the USDC stablecoin, along with $5.9 million of USDT. Behind the stablecoins and the network’s native token is $SHIB, with an average holding of $1.75 million in the meme-inspired token.

As CryptoGlobe reported, SHIB flipped FTT to become Ethereum whales’ largest altcoin holding back in May. WhaleStats’ data shows that SHIB makes up 6.47% of the portfolio of the 100 largest whales on Ethereum, with their total holdings amounting to $175.6 million. Ethereum’s largest whales, in contrast, now hold $15.9 million in $FTT, equivalent to little over 0.5% of their portfolios.

As CryptoGlobe reported, data from crypto analytics firm Santiment has shown that Ethereum ($ETH), $XRP, Cardano ($ADA), Shiba Inu ($SHIB), and Polygon ($MATIC) have also seen discussions about them online grow over the past week, while discussions about other cryptoassets have dropped significantly.

Notably, the rate at which tokens of the meme-inspired cryptocurrency Shiba Inu are being burned has skyrocketed by 3,000% earlier this month to reach 200 million SHIB in just 24 hours.