Home » Altcoins » US Department of Justice To Investigate Price Manipulation

US Department of Justice To Investigate Price Manipulation 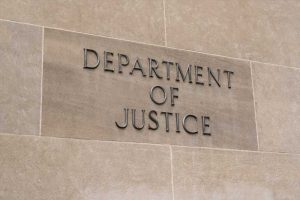 The United States Department of Justice has opened an investigation into potential illegal activity in cryptocurrency markets. Working with the Commodity Futures Trading Commission (CFTC), the investigation seeks to determine if illegal tactics are being used to manipulate prices on exchanges. Crypto trading has grown substantially in recent months, and unlike traditional commodities markets, there is virtually no oversight by state agencies to protect against fraud and abuse.

The specific investigation involves a technique known as “spoofing,” in which a malicious actor places many fake orders for a specific crypto in an attempt to create the illusion of growing market interest. If successful, spoofing will drive up a coin’s price for the benefit of those who purchased early. This tactic is similar to “pump and dump” schemes, and in traditional commodities markets has been illegal for many decades.

The fact that crypto values are subject to manipulation is well-known by crypto advocates and veteran investors, and this investigation is all but certain confirm its existence. In fact, groups dedicated to price manipulation operate openly on social media platforms and are blamed in part for the significant volatility in the market. Techniques such as spoofing are most often used on lesser valued altcoins. They are also most common on the more obscure, lower volume exchanges.

Stopping the practice will be exceedingly difficult, as the decentralized, largely anonymous nature of blockchain assets will make any regulations all but impossible to enforce. Additionally, because cryptocurrency is borderless, a wide range of jurisdictional issues could also arise in an attempt to track down and prosecute price manipulators. There is also the fact that cryptocurrency’s legal status as an asset has yet to be fully defined, which could further complicate attempts to enact enforceable trading rules.

For their part, exchanges overwhelmingly condemn fraudulent behavior, but have a mixed record of taking action to thwart it. Some have begun to take steps such as requiring identity verification and freezing the accounts of suspected manipulators. A few have expressed a willingness to work with law enforcement. Others, however, have shown little interest in preventing fraud and operate with no safeguards in place to prevent it. In fact, part of the investigation seeks to determine if some exchanges are complicit in the price manipulation, as they also stand to profit from it.

Many crypto advocates view price manipulation as an unavoidable, if unfortunate, side effect of the financial freedom provided by cryptocurrencies. Giving individuals complete control over their assets also charges them with the responsibility of protecting themselves against exploitation. Thus, any steps taken by government to regulate against fraud is viewed as unwelcome interference.

Regardless of the opinions of the crypto community, state agencies will not sit idly by and permit mass fraud to occur. It would be folly to assume that they would. Likewise, mass adoption will not occur until the public trusts that crypto assets are well-protected. Thus, some measures must be enacted to bring fairness and security to the trading markets. What these measures may be, and who will be responsible for enforcing them cannot yet be determined. However, in all likelihood this investigation is only the beginning of much greater involvement by the U.S. government into the the business of crypto trading and investment.