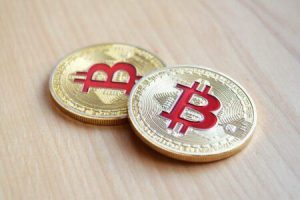 Popular cryptocurrency trader and analyst Michaël van de Poppe has revealed he believes the price of bitcoin could get to $300,000 this bull cycle, based on comparisons drawn from the dot-com bubble.

He added that going back in history, those who were expecting a BTC bull run in 2015 and 2016 “would have never bit a price level of $20,000 per bitcoin,” which was reached in late 2017. Van de Poppe added markets tend to be irrational when going through a boom cycle.

Pointing to Apple’s stock (NASDAQ: AAPL) price as an example, he said AAPL has kept on growing in price since the dot-com bubble. Apple’s market capitalization is now over $2 trillion, making it the most valuable company in the world, followed by Microsoft’s (NASDAQ: MSFT) $1.65 trillion.

The analyst said that once “something starts to run,” it’s likely fear of missing out will set in and the price of that asset will get 2pushed up which in effect we also saw on the recent bitcoin run.” The price of BTC went from $10,000 to a new all-time high above $40,000 before enduring a correction, he said, without significant plunges on the way.

Bitcoin at $300,000 in some years from now would not be weird if you compare it to the dot-com hype and the cycle we had back then.