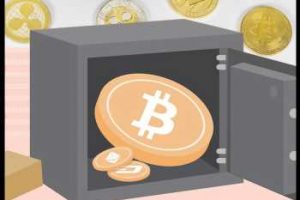 Bitcoin has regained the $1 trillion mark in market capitalization after a gap of almost 5 months, and is trading above $54,000.

Trading in Bitcoin gained traction over the past week amidst large institutional interest, rumors of approval for BTC ETF, favorable SEC comments as well as macro concerns plaguing other asset classes. The lead cryptocurrency gained 26 percent over the past week to elevate the entire spectrum of crypto currencies to a higher trading trajectory.

BTC’s bull run has also coincided with a weak sentiment across global equity markets, a strong dollar, surging bond yields, a return to the monetary tightening regime, declining prices of gold, volatile crude oil prices and heightened fears of Evergrande default contagion. The dramatic rally in the price of the lead crypto currency as well as the negative correlation with the market behavior in other asset classes appear to have reinforced the belief in crypto assets as a safe haven or decoupler against market shocks elsewhere.

Ethereum (ETH), the closest contender to Bitcoin is currently trading at $3,571.43, having gained 5.40 percent on a daily basis and 20.67 percent on a weekly basis.

The exuberance in the cryptocurrency space has exacerbated the ferocity of the battle for dominance among various coins. An analysis of the 15 top-ranked coins based on market capitalization as per coinmarketcap.com reveals that dominance and ascend up the hierarchy is a constant challenge. Contrast the present rankings to our earlier review at the beginning of the week, and we can see that 7 of the 15 ranks have changed despite the phenomenal rally witnessed over the course of the week.

Internet Computer (ICP) has re-entered the top-15 rankings, pushing Cosmos (ATOM) out of the league.

XRP(XRP), Litecoin (LTC) and Bitcoin Cash (BCH) have advanced one notch each.

Solana (SOL) and Polygon (MATIC) declined one rank each whereas Algorand (ALGO) slipped to two ranks below.

The excitement in the crypto space is fairly broad-based with only one among the top-15 ranked coins, declining on a weekly basis. 10th ranked Avalanche (AVAX) has declined 7.34 percent in the past week and is currently trading at $60.22, 24 percent lower than its all-time high of $79.52 on September 23. The correction in AVAX is attributed to a great extent to profit taking post its superb rally in September.

Bitcoin’s recent bull run has helped the wider crypto space too to pick up steam. Among the top-100 ranked coins, a total of 93 coins have advanced and only 7 have declined on a weekly basis.

Is Bitcoin’s tryst with the trillion mark transient or enduring? The recent surge has reassured crypto watchers that digital assets have the wherewithal to stimulate short-term trading interest as well as long- term investor interest.

While a bullish momentum may be sustained by the belief that the liftoff to the $100,000 level for Bitcoin is possible, neutrals may deem that the move from $30,000 to $55,000 happened too soon and a pause may be advisable. The bears, on the contrary may be speculating on the likelihood of a regulatory crackdown or the resurgence of emission-related concerns.

Irrespective of the trading outlook, the interest in cryptocurrencies in the long run would greatly be predicated on whether these have any more attribute than just volatility. Institutional Investor interest, popularity among wealth managers, a wider adoption in payment processing, etc. can all be considered progressions towards the ultimate goal of universal acceptance.

If the altcoins too were to aim for a tryst with a trillion, what would be required is a trust in cryptos that looks beyond the trading opportunities.