Home » Bitcoin » Crypto World – A Fortnight Since The FTX Unravelling

Crypto World – A Fortnight Since The FTX Unravelling 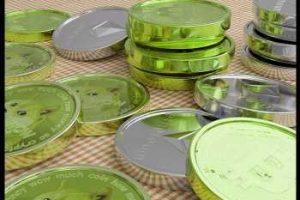 Crypto markets continued in a negative trend even as market participants digested the shocking events over the course of the past fortnight. The CoinDesk report which revealed how the divisions in Sam Bankman-Fried’s crypto empire blurred on his trading titan Alameda’s Balance Sheet had appeared on November 2.

On November 1, crypto market capitalization was just above $1 trillion. Bitcoin closed trading above $20k whereas Ethereum ended above $1.5k. The Fed’s interest rate decision due on Nov 2 was considered the most decisive near-term event for crypto markets.

Revelations that a big chunk of assets in the Balance Sheet of crypto trading firm Alameda Research was the native token of the FTX cryptocurrency exchange raised alarms and triggered a run on the exchange. What followed was dramatic and unprecedented. By November 11, FTX filed for bankruptcy and CEO Sam Bankman-Fried resigned.

The bankruptcy and the cascading effect it is feared to cause took its toll of the crypto market. Between November 1 and November 15, overall crypto market capitalization declined more than 17 percent. The aggregate market cap is currently at $832 billion, down 2.3 percent in the past 24 hours.

Solana (SOL), another cryptocurrency which was prominent on the Balance Sheet of Alameda Research shed 56 percent between November 1 and November 15. SOL which has been occupying a slot among the top 10 cryptocurrencies has now plunged to the 13th position overall. SOL is down 6.6 percent in the past 24 hours to trade at $13.79.

Huobi Token (HT) the native token of Huobi Global, another centralized cryptocurrency exchange declined 41 percent in the past fortnight. It is currently trading at $4.74, down 3.6 percent on an overnight basis.

Dogecoin (DOGE), the highest ranked meme-coin dropped 39 percent between November 1 and November 15. It is currently trading at $0.08483, ranked 8th overall.

Cronos (CRO), the native token of Crypto.com, another centralized cryptocurrency exchange dropped 34 percent between November 1 and November 15. Concerns over the liquidity and solvency of the Crypto.com exchange spiked amidst reports that a big portion of the exchange’s collateral was parked in meme-crypto Shiba Inu. CRO is currently trading at $0.06822, down 7.8 percent overnight and is ranked 29th overall. 13th ranked Shiba Inu (SHIB) is trading with overnight losses of a little over 1 percent.

Among the top ranked cryptos, Ethereum declined more than 20 percent between the 1st and 15th of November. ETH is currently trading at $1217.50, down 4.3 percent on an overnight basis.

Market leader Bitcoin (BTC) shed 17 percent in the turbulent fortnight ended November 15. BTC is currently trading at $16,576.58, down 2.2 percent on an overnight basis.

7th ranked XRP(XRP) and 8th ranked Cardano (ADA) declined a little over 16 percent between November 1 and November 15. Both the crypto coins are trading with overnight losses of more than 3 percent.

5th ranked BNB (BNB), the cryptocurrency of the centralized cryptocurrency exchange Binance declined 14.7 percent during the period. BNB is currently trading at $273.27, down 1.7 percent on an overnight basis.