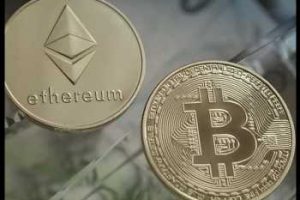 Earlier last week, crypto giant Ethereum changed its blockchain to a proof-of-work protocol from Proof-of-stake protocol. The Merge, as it is called, was seen to be a holy grail in the crypto industry and was expected to boost the confidence of investors. However, in the past week or so, the result has been not up to the expectations of many. Ethereum’s token, ETH, has dropped 15% before the announcement that the U.S. watchdogs are about to increase the rates.

After the Merge, it was expected that ETH will soar higher than $2000 but it has not lived up to the hype as of now and is trading under $1300. The market capitalization of Ethereum has dwindled significantly post the Merge and the coin has lost about $160 million or 8% on the market with the trading volume holding at $17.5 billion per day. Reports also show that Ethereum has liquidated $759.11 million since the onset of the Merge on September 15 of which 70% or $497 million belonged to long-term traders who were hoping for a crypto-boom.

The primary reason for this slump is the news that the Fed is going to change the status of tax rates of ETH to treating it as a security rather than a commodity going forward. This is not only increase regulation on the owners but also increase the tax repercussions.

The PoS method consumes 99.95% less power than the PoW method, already making it a more sustainable medium. Since in the PoS medium, users lock their holdings in the blockchain to create a new block, it takes the power away from the miners and gives it to a consensus mechanism or the users, who are called the validators.

The Federal Reserves will update its policy during the meeting, scheduled to conclude on Tuesday that will be followed by the Bank of England, Bank of Japan and Swiss Central Bank. This is being considered as the primary driving force behind the drop. However, experts believe that since Ethereum grew almost twice since June, it will be able to absorb the shock and slowly start its rise once the policies are out in the open.

Ethereum is also posed to implement more stages to their program which is finally end in 2026. The four other stages, Surge, Verge, Purge, and Splurge will also add to the scalability and sustainability of the crypto while making transactions more and more cost efficient in the process.