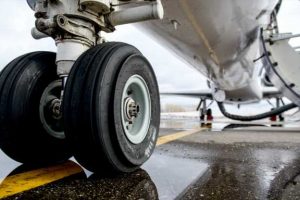 Despite a drop in the quality of customer service, people have started to fly again at near record levels. The pent-up demand has made travel more important than comfort. In a recent survey of airline travelers, carriers from rich nations received high scores. The carrier from one of the world’s poorest nations ranked last. This is Buta Airways, a low-cost airline based in Azerbaijan.

The study in which Buta was ranked is the SkyTrax World Airline Awards. The survey covers 100 carriers. The ratings are based on customer reviews.

All the carriers at the bottom of the list are based in developing countries or are budget carriers. LEVEL Air, the low-cost airline in Spain, ranks 99th. ITA Airways, the Italian budget carrier, ranks 98th.

No U.S. carrier is among the top 10. Delta is America’s best-rated airline in 24th place.

Azerbaijan is sandwiched between Iran and Russia. It is approximately the size of Maine, according to The World Factbook. It has a population of slightly more than 10 million. Like many other countries in the world, it has the problem of an aging population. The Factbook’s analysts write, “The percentage of elderly residents and the slowed growth and eventual shrinkage of the working-age population could put pressure on the country’s pension and healthcare systems.”

Based on the SkyTrax data, a poor country cannot field a high-quality carrier. For the world’s richest nations, it is barely a challenge.