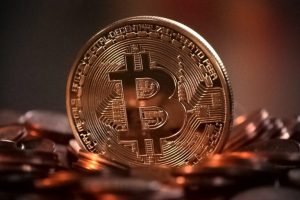 Oscar-winning actress Gwyneth Paltrow has announced she’s giving away $500,000 in Bitcoin to followers as part of a new partnership with the crypto payment platform Cash App.

According to a series of social media posts, Paltrow is partnering with Square’s Cash App in order to promote adoption and acceptance of Bitcoin.

Four days ago, the popular actress wrote on Instagram:

“Participating in the world of cryptocurrency has felt exclusionary, especially I find to women. I was on a show called Planet of the Apps in 2017, and that was my first real experience learning about crypto and blockchain, but it took me a few years before I actually felt comfortable buying Bitcoin.

“There’s a lot of factors to consider, and historically there was a high barrier of entry to even purchase it. In order to democratize who can participate, @CashApp is now making it easy to gift Bitcoin. And the best part – I get to give out $500k worth of Bitcoin to you to spread the holiday cheer. Follow @cashapp + drop your $cashtag below with #CashAppGifting to enter.“

Paltrow is one of several well-known celebrities to represent Cash App’s giveaway campaign, which first started in November. In addition to the actress, Cash App has formed partnerships with the NFL’s Aaron Rodgers, who also claims to take a portion of his salary in Bitcoin.

Most recently, on December 22, NBA Player James Harden, who plays for the Brooklyn Nets, tweeted about hispartnership with the Cash App and his own Bitcoin giveaway:

Photo by user MichaelWuensch via Pixabay.com