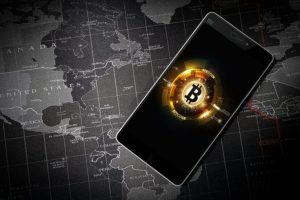 A wallet holding 321 bitcoins that had not been touched for nearly a decade has very recently been used for a transfer.

According to a report by Cointelegraph, a Bitcoin wallet containing millions of dollars worth of BTC has been reactivated after nearly eight years of dormancy. The wallet, which had not been used since 2013, contains 321 BTC (worth nearly $15 million at current prices) and completed a transfer on December 21 for the first time in 8.8 years.

The transaction was caught by blockchain tracker and analytics system “Whale Alert”, which claims that the wallet’s value in 2013 was $6,594, compared to yesterday’s worth of $15.1 million, representing an appreciation of 2300 times.

Members of the crypto community have been wondering about the owner of the wallet and the purpose of its activation after such a long time. Some believe it may belong to Bitcoin’s pseudonymous creator Satoshi Nakamoto, who disappeared a few years before the wallet was last touched.

Other community members think the wallet’s sudden reactivation could be the result of someone finding a way to hack into old wallets (perhaps because the original owners did not choose very good seed phrases).

Photo by user Leamsii via Pixabay.com