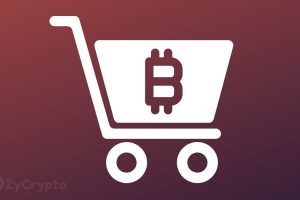 Business intelligence software and services provider and bitcoin whale MicroStrategy today announced its newest purchase of 3,907 BTC at approximately $45,294 per BTC for $177 million, according to a US SEC filing on Tuesday.

The purchase brings to total the number of BTC owned by the Virginia-based firm to 108,992, BTC making it one of the fastest and biggest accumulators of the top cryptocurrency in the market today. MicroStrategy’s CEO Michael Saylor wrote on Twitter:

MicroStrategy’s last Bitcoin purchase was announced two months ago on June 21 when the company added 13,000 BTC for $489 million at an average price of 37,617 per BTC. The company also said at the time that its subsidiary MicroStrategy LLC held 92,079 BTC of the total 105,085 BTC.

The purchase was funded through the firm’s proceeds from its ATM facilities’ sales, according to the official announcement on its blog. It is part of the company’s earlier announced plan to sell up to $1 billion of its common stock and use the net proceeds to buy more bitcoin.

To enable this, MicroStrategy entered into an Open Market Sale Agreement with Jeffries LLC on June 14 2021 to sell each share at $0.01. Since the start of the third quarter, the firm said that it has so far sold 238,053 shares under the ATM facility for a gross amount of $753.21 million. After commissions and expenses, the net amounted to $177.5 million.

The company’s entire BTC stash is now worth approximately $5.3 billion at the current price of around $48,606 per BTC.

MicroStrategy is the largest independent publicly traded business intelligence firm offering tailored solutions to businesses in various industries both in the US and internationally. Fortune Global 500 companies are among their top clientele.

Bitcoin has lost 2.6% on the day following its slip after failing to hold its breakout above $50,000 on Monday. Meanwhile, MicroStrategy’s MSTR also lost 2.2% in the last 24 hours to trade at $705. 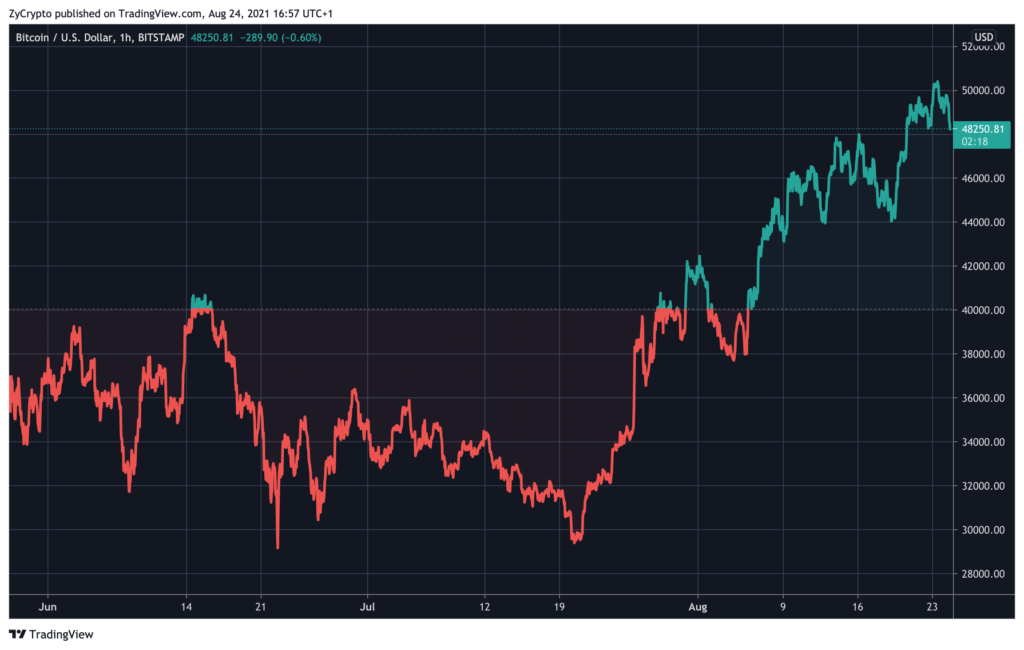 Despite the little or no reaction from the market, the Bitcoin community always has responded positively to the news. Bitcoin maximalist and founder at Morgan Creek Digital Asset Investments firm Anthony Pompliano said:

“Congratulations, your conviction is fun to watch.”