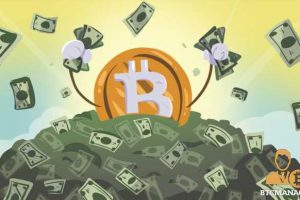 It all started as an idea in a white paper by Satoshi Nakamoto, the computer programmer who invented Bitcoin in 2008. It was this event that opened the floodgates for other cypherpunks and innovators with similar ambitions that soon resulted in the advent of several different cryptocurrencies. A few of them were blatant rip-offs; some were joke coins, while others tried to innovate and extend Bitcoin’s capabilities in their respective versions of crypto.

A few choppy years, a few smoother ones, the cryptocurrency industry has had one tumultuous journey filled with unexpected turns. Fast forward to 2021, Bitcoin emerged as the best-performing asset of the last decade with its astonishing 9,000,000% rise that managed to grab intellectual curiosity.

There is more money in the cryptocurrency industry than ever before. In the early days of Bitcoin, however, things were very different. A few supporters of the space during that time weren’t really confident of its longevity. It has been over a decade since it first came into existence, and for the most part, the debate over the cryptocurrency market has remained polarized. This could be because of Bitcoin’s origin story, which has been shrouded with mystery.

Just like any other sector, this nascent industry, too, is riddled with myths and misleading information. And our society, which is dictated mainly by centralized norms, still finds it hard to trust this new financial system that opposes traditional and conventional money. It still has a long way to go.

Several factors have impeded the growth and adoption of the realm. For one, not everyone has a solid understanding of how the space essentially works. The reality of digital currency is complicated, and there is no denying that. However, one of the biggest myths that have kept a considerable chunk of the populace away from the cryptocurrency industry is that it is primarily designed to be leveraged and invested in by people who have knowledge of technology.

This is entirely false. Anyone who wants to use or invest in digital assets can very well do so. The main objective of this space was to bring about decentralization and offering financial freedom. Hence, it is not only meant for the tech industry. Instead, it aims to disrupt inefficient centralized and archaic pillars of the existing financial system.

However, to delve deeper, only a basic knowledge of their use would not suffice. Users will have to do their research. While anyone can learn about it with just one click, the quantity of information available can sometimes be confusing. For many, it is a jungle of technical terms, trading slangs, funny phrases, and even entirely newly invented words.

Hence, it is crucial to filter out the noise and churn the truthful information about what they are, what they stand for, and their advantages. Phemex wants to change that with its newly launched Learn and Earn program.

Phemex, which happens to be a well-known global cryptocurrency exchange based out of Singapore, was launched in 2019 with the primary objective of building the most trustworthy platform in the world. In addition to several noteworthy milestones, Phemex has witnessed its user-base grow significantly over the last three years. Today it hosts over a million traders through its unique approach to user-requested features and community feedback.

Phemex recently launched an innovative program dubbed ‘Learn and Earn.’ This is essentially an educational program that allows users to earn while learning about cryptocurrency and blockchain technology.

The team behind Phemex has streamlined different concepts related to the industry into a detailed course framework, with intuitive lessons and interactive videos. Upon completion of each lesson, the users take a short quiz to test their knowledge. And if all the answers are correct, Phemex offers them a free reward via the Learn and Earn program.

Heralded as one of the most beginner-friendly programs, Learn and Earn understands that the complexities involved in the sector can become overwhelming at times. Hence, it aims to make the learning process fun. This new initiative is arranged into a few core courses, and each consists of its own set of sub-lessons. These further comprise introductory passages, explainer videos, and a final quiz.

Phemex plans to reward the users with trading bonuses that traders can avail of when using the exchange’s perpetual contracts as well as for cryptocurrencies. Hence, as the platform incentivizes the learning process, it also plays a vital role in spreading awareness about the technology and advancing adoption through facts and not conjectures. What better way to make the users immerse themselves in crypto education while giving it back to the crypto community?

Moving forward, Phemex also intends to roll out a more extensive course structure that would cover broader topics through the program, many of which will incentivize users directly in cryptocurrencies. However, to receive the rewards, users are required to complete KYC protocols. Currently, the Learn and Earn program is not available in every region. However, the team is working on making it more accessible to areas around the world.

Whether you’re a rookie trying to comprehend how Bitcoin works or a veteran looking to understand the intricacies involved in the industry that is often overlooked, Phemex has got you covered. For the first course, there will be three lessons – each worth $2. So if you complete the first course you’ll get a total of $6. You can find more information on Phemex and their Twitter page.