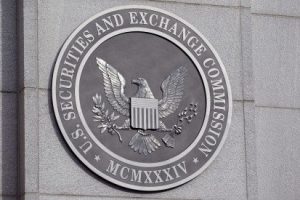 The US Securities and Exchange Commission (SEC) has issued a cease-and-desist order, and levied a $200,000 fine against Crypto Asset Management (CAM), a cryptocurrency investment fund. It has also fined its principal manager, Timothy Enneking. The SEC charges that CAP has operated as an unlicensed investment company, and that it has fraudulently represented itself as a regulated fund. Enneking has reportedly agreed to follow the order and pay the fine, but denies any wrongdoing.

The SEC, which is charged with overseeing the U.S. securities industry, has begun to make regulating blockchain assets a priority. Although there is no realistic way to control most cryptocurrencies, as they are borderless and decentralized, the the agency clearly believes that it can exert influence over those that manage crypto investments.

The move against CAM is one of two that the SEC has recently made against cryptocurrency dealers. The second is against TokenLot, a self-described “ICO superstore,” that sold more than two hundred different tokens to what it claims was over six thousand retail investors. Similar to the case with CAM, the SEC claims that TokenLot operated as an unlicensed broker. The company itself has been fined almost half a million dollars, while TokenLot’s owners Lenny Keugel and Eli L. Lewit must pay $45,000 each.

The SEC claims the authority to act against these businesses because of its ability to regulate securities in the United States. Nevertheless, the extent to which cryptocurrencies qualify as securities is subject to debate. According to the SEC, blockchain platforms such as Bitcoin and Ethereum are not securities, but decentralized application tokens are. The agency is particularly keen to target ICOs, which it claims must comply with a variety of regulations in order to be legal.

The courts have thus far taken a posture friendly to the SEC’s position, yet a clear legal definition of cryptocurrency remains elusive. Notably, the Internal Revenue Service defines blockchain assets as property, which falls under a different set of regulations and largely outside of the SECs purview. Given the unique nature and function of virtual currencies, it is very possible that a new category will be needed to distinguish cryptocurrencies from other assets.

A greater issue is the extent to which the SEC, or any other state agency, can effectively regulate crypto assets moving forward. Businesses such as CAM and TokenLot were relatively easy to prosecute because they operated transparently in the United States. Also, their owners have chosen to cooperate rather than fight the penalties. However, blockchain systems are designed to be unregulated, which will make enforcement of any laws designed to control them difficult, if not impossible to enforce.

In the short term, it is reasonable to assume that the SEC will crack down on more crypto-based businesses as it seeks to exert control over the emerging crypto asset sector. Nevertheless, as more investors enter the cryptocurrency space, and the technology matures, there is little doubt that the agency will have an increasingly difficult time with this task. Like all other aspects of the blockchain revolution, crypto assets belong in a class of their own, and will require much more fundamental changes in government and law in order to be properly managed.