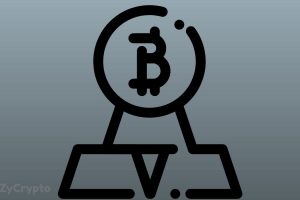 Kevin O’Leary has revealed that he holds more cryptocurrency in his portfolio than gold. He adds that cryptocurrencies have given him a wide range of opportunities to invest given the myriad of blockchains that exist today.

In a recent interview with Daniella Cambone on Stansberry Research, Kevin O’Leary revealed the nature of his investments. The business mogul said that gold made up 5% of his portfolio while his cryptocurrency holdings sat at 7%.

“I have 5% in gold. So crypto for the first time is more than gold for me,” he said. He also added that despite the growing influence of cryptocurrencies, he has no plans to sell his gold. The Shark Tank star expressed admiration for cryptocurrencies as a viable investment opportunity that offers multiple avenues for investors to earn.

O’Leary said that crypto investments had gone beyond merely speculating on the price of BTC and extends to multiple blockchains. He said, “there are so many different level ones, and of course, the level twos, the derivatives that are put on top of Ethereum and Solana and all the others”. He added that he sees a lot of opportunity in the space and he expresses his willingness to invest in the asset class.

Last month, O’Leary stated his ambitions to grow the cryptocurrency holdings of his portfolio from 3% to 7% before the end of the year. With the latest announcement, it seems he has achieved his set target.

Gold and Cryptocurrencies Can Exist Side By Side

O’Leary commented during the interview that “nothing will replace gold” and it remains a unique asset. He adds that although cryptocurrencies have several features like the options of staking and lending, they can coexist side by side with gold.

He asserts that the controversy generated by the press between gold and bitcoin is irrelevant saying, “from my perspective, having exposure to both is a good idea.” Bitcoin and gold have been compared in recent years with bitcoin gaining the moniker of being the digital gold.

Gold has a market capitalization of $11.1 trillion and trades at $1,758 per once while Bitcoin is trading above $54K and is enjoying a strong price rally.