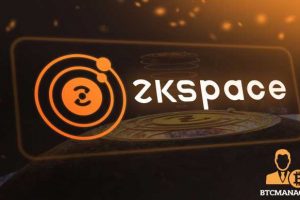 In an interview with Jon Evans during the TechCrunch Sessions: Blockchain back in July 2018, Vitalik Buterin wished centralized exchanges the worst: burning in hell as much as possible.

While this seemed dark then, the co-founder was inadvertently issuing a rallying call to developers to deploy better token swapping solutions. After all, the blockchain’s decentralization and sense of community should technically live on through DLT dApps, including DEXes.

Fast-forward three years later, Ethereum is the home of various decentralized solutions and is the bona fide home of DeFi and NFTs. These are essential innovations directly impacting traditional operations, drawing massive demand to blockchain systems, mainly Ethereum. The demand in the blockchain is a major sore that’s being actively resolved through layer-2 operations of which ZK Rollups is finding huge traction.

Building on this technology, L2 Labs– the entity building an all-in-one layer-2 platform on Ethereum, featuring ZKSwap, ZKSea, and ZKSquare–, has released the ZKSpace whitepaper.

The details revealing their objectives come a few months following the release of ZKSwap, a layer-2 DEX relying on ZK Proofs, allowing for fast, cheap, private, and instantaneous transfer of tokens. The ZKSwap whitepaper covered all new functions added to the exchange while also providing all technical details of new instruments.

The State of ZKSpace Ecosystem

The ZKSpace whitepaper is broad and covers exciting details of its core products. The ZKSwap is part of the ZKSpace protocol, which by early January 2022, had seen two significant improvements since deployment.

Meanwhile, in the whitepaper, ZKSpace notes that ZKSquare has seen the execution of over one million transfers on the protocol, allowing for the cheap transfer of over $250k worth of assets all on the more private and efficient ZK Rollups.

The development team, the whitepaper notes, plans to foray into the wildly popular NFT space. With the launch of ZKSea, they expect to significantly lower the cost of minting and trading NFTs on Ethereum. Through their solution, reliant on the time-tested ZK Rollups, bargaining power is diffused back to the market and artist. It is especially so following the introduction of the NFT storefront, which allows for the quick and free transfer of NFTs between users. In turn, this would greatly optimize the user experience since ZKSea would also interface with all other NFT platforms.

What’s in the ZKSpace Whitepaper?

The whitepaper begins by summarizing the technical features of ZKSwap and its offering to the user. As per the latest ZKSwap whitepaper, there were significant additions that availed the same features on Uniswap on the layer-2 DEX without compromising security or privacy.

The team then explains the rise of NFTs on Ethereum and the acute limitations presented by layer-1’s inability to scale. Compared to alternatives like Optimistic Rollup, Plasma, or Validium, the solution’s design and prioritization of security and privacy make it a cut above the rest. The ZK Rollups is a scaling solution that’s robust and dependable because they use an improved version of the ZK proof algorithm known as Aggregative Proof. It can scale the base layer successfully by using ZK Proofs on layer-2 by confirming multiple block validity proofs in parallel using only one on-chain verification.

The success of ZKSpace comes with its flexibility of allowing all-token swapping on layer-2 while concurrently ensuring a consistent state of layer-1 and layer-2 through the listing of an aggregation package on-chain. Subsequently, there is better decentralization, and security like it would be in the case of a high throughput layer-1 public chain. The tapping on ZK Knowledge through An Aggregative Proof allows for near-zero fees, better user experience, and, most importantly, scaling.

L2 Labs states in the new ZKSpace whitepaper that ZKSwap uses PLONK—the latest zero-knowledge proof—to generate proof. The global setup of PLONK would only need to be generated once. At the same time, applications within a circuit scale range can be used, translating to a better user experience.

The ZKSea will be an NFT protocol adapted for layer-2. For each NFT account, there will be seven fields. Besides, all related information about the NFT created on ZKSea’s layer-2 account would be stored on the Interplanetary File system (IPFS)—the decentralized storage system. Each NFT on Layer-2 will have its URI information and have two IDs—the Global NFT Token ID (numbered uniformly for quick management) and the Creator+Seq ID.

L2 Labs-developed ZKSquare continues to be a full-feature solution on the highly scalable and secure layer-2 tapping on ZK-Rollups. It finds application in payment, NFTs and DEXes, preferred because it supports real-time and instantaneous transfers, eliminating the need of waiting for block confirmations. Going forward, the development team plans to improve ZKSquare to support more transaction and protocol types, open-source the protocol’s code, and deploy on other networks apart from Ethereum, further enhancing user experience.

To Cap it Up

The ZKSpace whitepaper points to the capabilities of a scalable, low-cost, and reliable blockchain solution to further accelerate adoption. L2 Labs has indicated their plans of building a fulfilling system tagging better experience and cost savings for users. Part of this is being outward-looking and collaborating. It is why the development team plans to open source its layer-2 infrastructure and even create an incentive plan for developers to access layer-2 services for free for a better and prosperous ecosystem.