Home » Business » 'Smash-and-grab' robberies are on the rise: Here's why

'Smash-and-grab' robberies are on the rise: Here's why 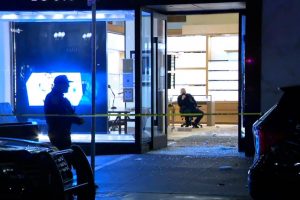 New York (CNNBusiness)Retailers have always been vulnerable to shoplifting. But the emergence of coordinated and organized robberies at high-value stores, even during shopping hours, has the industry on edge.

In November, a group of 14 individuals barged into a Louis Vuitton store in Oakbrook, Illinois, while customers were inside and audaciously drove away with a $100,000 worth of merchandise. The entire incident was caught on the store’s surveillance video.
That same month, a group of at least 18 people broke into a closed Nordstrom store at LA’s famous high-end The Grove shopping mall using a sledgehammer and an electric bicycle. They made off with several thousand dollars in merchandise. And on Black Friday, one of the busiest shopping days of the year, as many as 30 people robbed a Best Buy in Minneapolis.

The crime typically involves groups of people targeting stores that carry higher-value items like electronics, designer handbags and designer clothing, who resell the merchandise in secondary marketplaces, such as eBay, OfferUp and Facebook Marketplace or even back into the legitimate supply chain.

“These are people who make a living stealing and reselling. This is not a one-time opportunistic or need-based robbery,” said Cory Lowe, an expert on retail crime and research scientist at the Loss Prevention Research Council, an industry coalition that researches retail crime, its impact and solutions to address it.

Lowe said retailers are very worried about the escalation in these organized group-led “smash-and-grab” robberies in multiple cities around the country.
“The anatomy of these attacks show they are more aggressive, dangerous and happening more frequently,” said Lowe. “When I talk to retail loss prevention veterans, the best comparison they come up with is what crime was like in New York in the 1970s. But even then, it was more street robberies and not like retail theft as brazen as this.”

As stores boost security measures to keep employees and shoppers safe, retailers have to contend with another consequence of organized theft: Its high cost to stores.
“For every $330 worth of products stolen, a retailer has to sell an incremental $300,000 worth of goods to break even,” said Burt Flickinger, managing director of retail consultancy Strategic Resource Group. “We’ve talked to retailers across America who say shoplifting is now 2% to 3% of their total sales. That’s up from 0.7 to 1% pre-pandemic.”
Power tools are so popular with professional shoplifters at Home Depot (HD) that the home improvement retailer last year launched a line of power tools that won’t work until they’re first scanned and activated at the checkout register, according to a report.
Home Depot said the added security measure is meant to deter the illegal resale of the power tools.
Some of most popular items targeted by professional gangs of shoplifters are designer clothing, laundry detergent, designer handbags, allergy medicine, razors, high-end liquor, pain relievers, baby formula, laptops, deodorant and high-end appliances, according to the National Retail Federation.
These are products that professional thieves can resell a lot of at one time and make a lot of money, said Lowe. 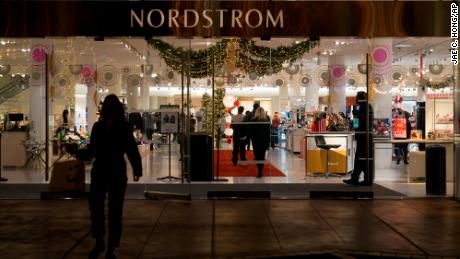 The surge in store-related theft is costly in other ways, too. Employee retention takes a hit when retail crimes spike.
“Think about retailers that are staffed predominantly by women, like cosmetics stores and high-end fashion,” said Lowe. “Criminals target these stores because these are high-dollar items and they anticipate little pushback from the staff. But the fear makes it difficult to keep employees.”
Best Buy’s (BBY) CEO Corie Barry said in November that the retailer has seen a jump in theft at its stores by gangs of thieves. Some of these incidents have involved weapons such as a gun or crowbar, she said.
“This is traumatizing for our associates and is unacceptable,” Barry said during a call with analysts in November. “We are doing everything we can to try to create [an] as safe as possible environment.”
She said Best Buy was implementing a number of tactics to minimize theft and protect staff and customers. These include locking up more products and hiring security when appropriate.
Elsewhere, drugstore chains have closed stores in neighborhoods where there’s persistent shoplifting. Walgreens, for example, has closed a handful of stores in San Francisco, citing rampant shoplifting.
Then there’s the broader community impact. Shopping in stores generates sales tax, which in turn provides funding for essential public services such as public schools budgets, medical facilities and local police and fire departments.
“Recurring store thefts spread fear. They scare away shoppers who normally would spend time browsing in stores and maybe make a few purchases,” said Flickinger.

Although organized shoplifting sprees were on the rise even before the pandemic, Lowe said that post-Covid lifestyle adjustments have made it easier for offenders to get away with the crime.
“Think about mask wearing. Pre-pandemic, would we have ever thought about everyone in a liquor store wearing a mask covering half of their face and allowing them to remain anonymous?” said Lowe.
A confluence of other factors also have contributed to the spike in dangerous retail robberies in the last two years. These include reduced in-store staffing that leads to less surveillance and the ease with which thieves benefit from a lack of regulation on reselling stolen items online, said Lowe.
So have rising thresholds for what constitutes a felony offense, he added. “What I do worry about is as a society if more people start to imitate these crimes,” said Lowe.

But in a survey of 55 retailers, more than two-thirds said the pandemic increased the overall risk of fraud and crime for their companies, according to the National Retail Federation’s 2021 National Retail Security Survey. The report showed that 57% of retailers surveyed indicated a rise in organized retail crime during the pandemic.
Some 50% of retailers surveyed reported an average dollar value loss of merchandise of at least $1,000 in 2020 compared to 29% in 2019. Overall, organized retail crime costs retailers an average of $700,000 per $1 billion in sales, according to the NRF.
Source: Read Full Article