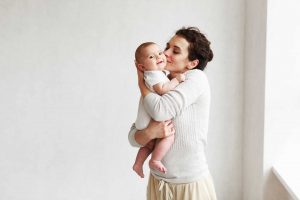 As Congress continues to debate the Democrats' Build Back Better legislation, a new analysis finds that almost 10 million children could potentially fall back into poverty without the extension of the enhanced child tax credit (CTC).

Among other changes, the CTC was increased this year from $2,000 per child to as much as $3,600 per child, as well as extended for the first time to families who do not typically file a tax return because their income is too low. Half of the full amount is also being sent out in monthly installments rather than as a lump sum at tax time, with the final 2021 payment scheduled to be disbursed Dec. 15. Additionally, 17 year-olds qualify for the payment for the first time.

These changes have helped millions of households, particularly low-income households, pay for basic necessities like groceries and clothing, reports and Census data have shown. If the changes are extended beyond this year, as President Joe Biden and other Democrats are pushing for, then the number of children experiencing poverty is expected to fall by more than 40%.

But "if the expansions end in 2021, this historic progress would be reversed, driving child poverty up substantially," the CBPP reports.

Whether or not it will continue into 2022 depends on whether Democrats can pass Build Back Better, which includes a one-year extension of the enhanced credit. Currently, the legislation, which was passed by House Democrats last month, is being reviewed and likely changed by the Senate.

Without it, the payments will shrink — the maximum credit would fall by $1,000 per school-aged child and $1,600 per child under 6 — and the lowest-income families would be ineligible once again. It would also revert to a lump sum payment included in the household's tax return, as opposed to the monthly payments families have come to expect.

Some lawmakers worry that, at a price of $100 billion a year, it is too costly to continue in its enhanced form. Sen. Joe Manchin (D-W.V.) has said he wants to impose a work requirement on the credit and limit the program to families earning $60,000 or less. Democrats need all 50 senators on board to pass their agenda.

But many economists support the extension of the advanced credit, arguing that "can dramatically improve the lives of millions of children growing up in the United States and promote our country's long-term economic prosperity" by reducing child poverty.