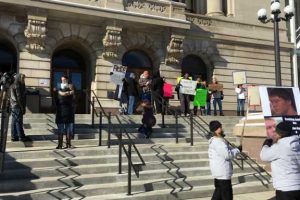 As of June 2021, a total of 2,795 American exonerees have lost a collective 25,004 years of life to wrongful incarceration, according to the National Registry of Exonerations. This of course doesn’t count people who have served wrongful time without having their charges dismissed; nor does it count the probable tens of thousands of innocent people who are currently behind bars.

To compile a list of people who were wrongly convicted of crimes, 24/7 Wall St. reviewed information from The National Registry of Exonerations, a project of the Newkirk Center for Science & Society at University of California Irvine, the University of Michigan Law School and Michigan State University College of Law. The list is by no means exhaustive.

Common factors that have contributed to these wrongful incarcerations include prosecutor or police misconduct, perjurious testimonies (including those given by jailhouse informants), withholding of evidence, mistaken identification by witnesses, inadequate legal defense, and false or misleading forensic evidence. Racial prejudice and profiling also contributed to some of the wrongful arrests of these exonerees. (Here are the cities where law enforcement makes the most arrests.)

In order to achieve a dismissal of the charges against them, many of these innocent people fought for years, through numerous appeals, before they saw justice. Organizations including the Innocence Project, which seeks to assist prisoners who can be proven innocent with DNA testing, are often invaluable in helping to bring these situations to justice. Many of the people on the list have been exonerated due to post-conviction DNA testing.

Celebrities, writers, and documentarians have also brought some of these people’s stories to light in an attempt to clear their names. For example, documentary filmmaker Errol Morris used his investigative research to help the innocent Texas death row inmate Randall Dale Adams get a retrial that saved his life.

Click here to see people who were wrongfully incarcerated.

Unfortunately, not all wrongfully incarcerated people have seen justice. And not all who have been freed have been exonerated. Many still retain criminal records and face employment barriers or have been forced to register as sex offenders. Undoubtedly, many have remained in prison or been put to death as a result of crimes they did not commit. (These are the states where the most prisoners die.)