7-day Averages Of US COVID Metrics Decline To New Low 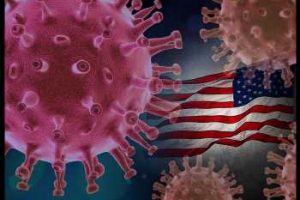 The seven-day average of daily coronavirus deaths, cases and hospitalizations in the United States has declined to a new low, as per the U.S. Government’s official data.

Walensky said CDC reported more than 9,300 new cases of new coronavirus infections Wednesday. The seven-day average is about 15,600 cases per day. This represents a decrease of more than 30 percent from the prior seven-day average. “More importantly, it is a 94 percent decrease from the peak of COVID-19 cases we reported in January of this year,” Dr. Wlensky told reporters.

The seven-day average of daily deaths also dropped to a new low of 363 per day – a decrease of more than 16 percent from the last week.

17821 new coronavirus cases were reported in the United States on Thursday, taking the national total to 34,174,752, according to the latest data from Johns Hopkins University.

A total of 28,025,575 people have so far recovered from the infection in the country.

The CDC director said that on Friday, CDC will publish a report on troubling data regarding the increasing hospitalizations of adolescents with COVID-19 in its Morbidity and Mortality Weekly Report.

During Thursday’s news conference, Chief Medical Advisor to the President Dr. Anthony Fauci provided an important piece of information on the treatment of the disease.

He said a randomized placebo-controlled phase 3 trial conducted among non-hospitalized patients with mild to moderate COVID-19 who are at high risk for the progression of their disease found that a single 500 milligram dose of the monoclonal antibody, sotrovimab, reduced the risk of hospitalization or death by 85 percent, compared with the placebo.

The antibody, trialed in nearly 600 patients, was manufactured by GSK and Vir.

The communicable disease expert advised physicians that this is an important option for treating people early to prevent them from going to the hospital.