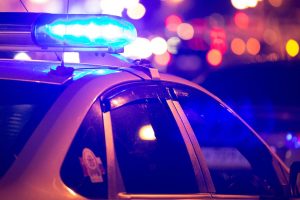 Three people died and four were injured after a shooting at a house party early Saturday morning in Wilmington, North Carolina.

According to a series of tweets and a post on the Wilmington Police Department’s Facebook page, officers responded to a call that shots were being fired. After arriving at the location just after midnight, officers found “a gunfight had erupted inside the house during a house party.”

The department did not immediately identify a motive or publicly named the victims.

“Our hearts go out to all affected by this senseless violence, and we ask that anyone with information surrounding this incident please come forward so that we may find justice,” the post said.

“In my more than two decades as a prosecutor this is one of the worst crimes we have ever had in the Port City,” New Hanover District Attorney Ben David told Wilmington’s WECT 6. “The community’s unimaginable grief must be met with an equal commitment to get justice for all of the victims in this case.”

The news follows a violent few weeks involving several mass shootings in the US. A gunman killed eight people at three Atlanta spas on March 16. On March 22, another gunman killed 10 people at a Boulder, Colorado grocery store.