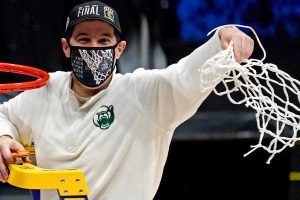 Eighteen years before leading Baylor to the third Final Four in program history, Scott Drew sat down with his father, former Valparaiso head coach Homer Drew, and broke down the positives and negatives of taking on the greatest coaching challenge in the modern history of college basketball.

That debate came a decade after the conversation that started Scott Drew's career: Drew, home for Christmas during his senior year at Butler, said he wanted to get into coaching; that's great, Homer Drew replied, but you're on track for your law degree, so get that first so you have a backup plan. No, I'd like to reverse that, his son said.

Scott Drew began as a graduate assistant at Valparaiso, moved up to a full-time assistant position, developed a reputation as one of college basketball's top recruiters, replaced Homer as Valparaiso's head coach, won the regular-season conference championship and then, in the summer of 2003, had to decide whether accepting the open position at Baylor would make or break his blossoming career.

Valparaiso was where Drew "had his comfort zone," said Homer Drew, a member of the College Basketball Hall of Fame. "He had helped build the program and sustain our program. And now this opportunity came. It was also a great opportunity because there was only one way to go, and that was up."

There was enough wrong at Baylor to scare off any coaching candidate, even one with limited experience as a head coach and no experience at the major-conference level. But as the Bears prepare for the biggest weekend in program history, reflecting on Drew's path to accepting the challenge reveals the traits and mindset that has the 50-year-old son of a coaching legend building his own equally impressive legacy.

"I prayed about it. I felt led to come here," he said. "I really believed in the vision of the school, from the president and the administrators during that time and what they wanted Baylor to continue to grow and become. And I wanted to be a part of that." 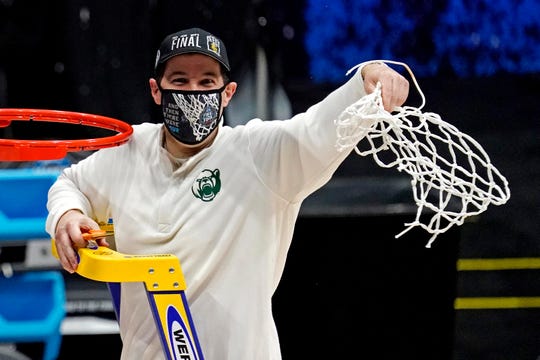