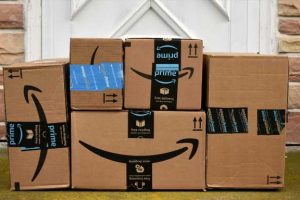 Amazon.com Inc. (NASDAQ: AMZN) saw its short interest jump for the most recent settlement date of May 14. The number of shares short in this stock had been building since mid-October, but in the prior two-week session, short sellers slowed down and got a little more cautious. Now they seem back on track.

Note that just six months ago, short interest was about half of where it is now, coming in at 2.51 million shares in October. Also in this same period, Amazon’s stock was practically flat.

The average daily trading volume for Amazon was 4.28 million shares, which would give short sellers about 1.12 days to cover.

The District of Columbia has filed an antitrust suit against Amazon.com … for its power over vendors who sell goods or services at its sites. When he brought the charges, D.C. Attorney General Karl Racine said, “Amazon wins because it controls pricing across the online retail-sales market, putting itself at an advantage over everyone else.” This is the key to its leverage, he added. The federal government has called out Amazon for this leverage before, most recently by the House Judiciary subcommittee, but it has not faced a legal challenge this serious before.

Amazon could be broken into pieces, thus blunting its power in both the e-commerce and cloud marketplaces, another market it dominates. Amazon is made of three large businesses and, to some extent, discrete segments, so dismantling it would not be difficult.

ALSO READ: 4 Red-Hot IT Giants May Have Huge Upside Potential