Apple Will Need to Buy Netflix to Win Streaming Wars 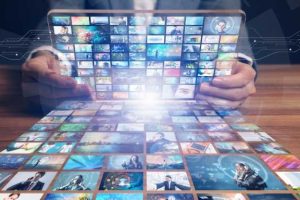 The streaming video wars rank among the most competitive media battles in recent history. A great deal stands at stake. Across the largest companies with streaming customers, total subscribers top 200 million in the United States, and at least as many internationally. Each of these customers pays annual or monthly fees, which makes them a source of prized recurring revenue. However, the business has become extremely expensive, particularly as the competitors now produce much of their own content. For some, the cost of this can range into the hundreds of millions of dollars a year.

Apple TV+ has a very small fraction of the business whether measured by the number of U.S. subscribers, or the number of new shows released by quarter. Its library of original programs is very small.

Apple is so far behind the subscriber curve that, to win the streaming wars, it will need to buy a rival. The Disney, AT&T and Amazon businesses are almost certainly not an option. Their parent companies see streaming as a core strategic initiative to replace viewership from more traditional channels like theaters.

The only company Apple has a chance to acquire is Netflix. One advantage is that it is also the market leader in subscribers. And Netflix’s balance sheet has been strained by the cost to produce scores of new shows and movies per year. The hurdle to a deal would not be financial. If one exists, it is regulatory and might present a fight with the government, like the one AT&T won when it bought Time Warner.

Currently, the Netflix U.S. subscriber base is over 65 million. Amazon’s number is harder to pin down but is probably over 50 million. Hulu’s is approximately 35 million. (Hulu is now part of Disney.) The Disney+ figure is likely similar to Hulu’s. HBO Max is probably only at 15 million. For Apple TV+, it likely is less than 10 million.

Disney+ and HBO Max have important advantages. They have huge libraries of programs built over decades by their parent companies. Each also has a major film studio. Disney, for example, can draw on the Disney library, Pixar, Marvel and Star Wars.

Amazon has two advantages. It bundles Prime Video with its broader Prime service, which includes other attractive features like free delivery of products bought at Amazon.com. It also has the balance sheet to spend huge sums to continue to build its own library.

Netflix is up against a balance sheet wall as it expands its library of original content. Revenue in its third quarter totaled $6.4 billion. Net income was a modest $790 million. Cash and cash equivalents totaled $8.4 billion. (Apple’s cash and marketable securities totaled $190 billion at the end of its same quarter.) Netflix’s long-term debt was an extraordinarily high $15.5 billion.

The current Netflix market cap is $231 billion. Assuming a 25% premium, Apple would need to pay $290 billion, a sum that would not be a financial challenge.

Apple’s management has argued that the company’s future is based on the services it can provide as much as hardware. Taken together, these are the “ecosystem” management needs to drive Apple’s revenue in the years ahead. Streaming media has become core to that plan. However, Apple is so far behind the leaders that it cannot catch them on its own. Acquiring Netflix is the only reasonable path forward.