Asian Markets A Sea Of Green 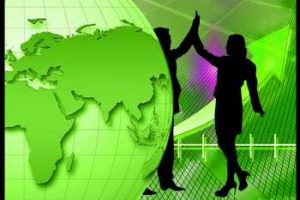 Asian stock markets are trading sharply higher on Friday, following the broadly positive cues from global markets overnight, reflecting a positive reaction to the smaller-than-expected increase in US consumer price inflation in October, which helped increase optimism the US Fed will start slowing the pace of its monetary policy tightening measures as early as next month. Asian markets ended mostly lower on Thursday.

The inflation data suggests the Fed’s efforts to contain inflation are having an effect. “Evidence is accumulating that inflation has peaked and is now falling again,” said Dr. Christoph Balz and Bernd Weidensteiner, senior economists at Commerzbank. “The Fed’s next rate hike is therefore likely to be smaller.”

The Australian stock market is sharply higher on Friday, recouping the losses in the previous session, with the benchmark S&P/ASX 200 at five-month highs to move above the 7,100 level, following the broadly positive cues from global markets overnight, with strong gains across all sectors, led by technology stocks, as softer-than-expected US inflation data raised hopes for a slower pace of interest rate hikes.

Among major miners, BHP Group and Rio Tinto are gaining more than 4 percent, while OZ Minerals is adding more than 2 percent, Mineral Resources is up more than 1 percent and Fortescue Metals is surging more than 5 percent.

Among the big four banks, National Australia Bank and Westpac are gaining more than 2 percent, while Commonwealth Bank and ANZ Banking are adding more than 1 percent each.

In the currency market, the Aussie dollar is trading at $0.660 on Friday.

The Japanese stock market is sharply higher on Friday, recouping the losses in the previous two sessions, with the benchmark Nikkei 225 surging 750 points to breach the 28,200 level, following the broadly positive cues from global markets overnight, with strong gains across most sectors, led by technology stocks, as softer-than-expected US inflation data raised hopes for a slower pace of interest rate hikes in the coming months.

In the tech space, Advantest is soaring almost 9 percent, Screen Holdings is surging more than 7 percent and Tokyo Electron is advancing more than 9 percent.

In the banking sector, Mizuho Financial is losing more than 1 percent, while Mitsubishi UFJ Financial and Sumitomo Mitsui Financial are edging down 0.2 percent each.

In economic news, producer prices in Japan were up 0.6 percent on month in October, the Bank of Japan said on Friday. That matched expectations and was down from the upwardly revised 1.0 percent increase in September (originally 0.7 percent). On a yearly basis, producer prices spiked 9.1 percent – exceeding expectations and slowing from the upwardly revised 10.2 percent jump in the previous month (originally 9.7 percent).

In the currency market, the U.S. dollar is trading in the higher 141 yen-range on Friday.

Elsewhere in Asia, Hong Kong is soaring 5.4 percent, Taiwan is surging 3.5 percent and South Korea is advancing 2.8 percent, while New Zealand, China, Singapore, Malaysia and Indonesia are higher by between 0.9 and 1.9 percent each.

On Wall Street, stocks turned in their best performance in two years during trading on Thursday, reflecting a positive reaction to a highly anticipated report on consumer price inflation. With the strong upward move, the Dow reached its best closing level in almost three months, while the S&P 500 hit a two-month closing high.

The major European markets too showed strong moves to the upside on the day. While the German DAX Index spiked by 3.5 percent, the French CAC 40 Index surged by 2.0 percent and the U.K.’s FTSE Index jumped by 1.1 percent.

Crude oil prices climbed higher on Thursday, rebounding after three straight days of losses as the dollar fell on the better than expected U.S. inflation data. West Texas Intermediate Crude oil futures for December ended higher by $0.64 or 0.8 percent at $86.47 a barrel.