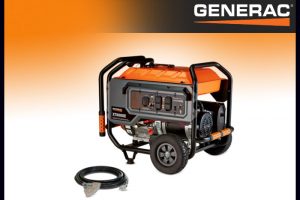 Generac has reissued a recall of over 325,000 of its portable generators after 24 finger amputations and five finger-crushing incidents were reported.

According to Consumer Product Safety Commission, the recall affects 321,160 Generac and DR 6,500-watt and 8,000-watt generators in the United States, as well as an additional 4,575 sold in Canada, because an unlocked handle can pinch consumers’ fingers against the generator frame when the generator is moved, posing finger amputation and crushing hazards.

The company said it has received a total of 37 reports of injuries, 24 resulting in finger amputations and five in finger crushing. These portable generators were previously recalled in July 2021 for similar issue.

The company has asked its customers to should immediately stop using the recalled portable generators, unless the locking pin has been inserted to secure the handle in place before and after moving the generator, and contact Generac for a free repair kit consisting of a set of spacers to move the handle away from the frame, eliminating the pinch point.