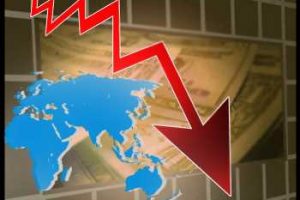 Asian stock markets are trading mostly lower in thin trading on Monday due to a holiday in most markets, following the broadly negative cues from Wall Street on Friday, amid lingering concerns about inflation and the prospect of aggressive rate hikes by central banks around the world. Asian markets closed mostly higher on Friday.

Traders are cautious ahead of this week’s U.S. Federal Reserve meeting, with the central bank widely expected to raise interest rates by 50 basis points. They are also likely to pay close attention to the Fed’s accompanying statement for clues about how aggressive the central bank plans to tighten monetary policy going forward.

The Australian stock market is sharply lower on Monday, giving up the gains in the previous session, with the benchmark S&P/ASX 200 staying above the 7,300 level, following the broadly negative cues from Wall Street on Friday, with weakness across all sectors, particularly in technology stocks, which mirrored their peers on Nasdaq amid disappointing earnings news from tech giants.

Traders also await the Reserve Bank of Australia’s policy meeting this week, with the RBA expected to raise interest rates for the first time in more than a decade to tame surging inflation.

Among the major miners, BHP Group is losing almost 1 percent, Rio Tinto is edging down 0.3 percent, OZ Minerals is declining more than 2 percent, Mineral Resources is slipping almost 3 percent and Fortescue Metals is down more than 1 percent.

Oil stocks are lower, Woodside Petroleum, Origin Energy and Santos edging down 0.3 percent each, while Beach energy is flat.

Among tech stocks, Xero and WiseTech Global are declining more than 4 percent each, while Appen is losing almost 5 percent, Afterpay owner Block is slipping 3.5 percent and Zip is down almost 3 percent.

Gold miners are weak. Gold Road Resources, Northern Star Resources and Evolution Mining are losing almost 2 percent each, while Newcrest Mining is down more than 1 percent and Resolute Mining is flat.

Among the big four banks, Commonwealth Bank and ANZ Banking are losing almost 1 percent each, while Westpac is edging down 0.2 percent and National Australia Bank is down more than 1 percent.

In economic news, the manufacturing sector in Australia continued to expand in April, and at a faster rate, the latest survey from S&P Global showed on Monday with a manufacturing PMI score of 58.8. That’s up from 57.7 in March and it moves further above the boom-or-bust line of 50 that separates expansion from contraction. This marked the twenty-third consecutive month in which the sector has grown.

In the currency market, the Aussie dollar is trading at $0.704 on Monday.

The Japanese stock market is modestly lower on Monday after a long weekend, giving up some of the gains in the previous session, with the Nikkei 225 staying above the 26,600 level, following the broadly negative cues from Wall Street on Friday, with losses in exporters, financial and technology stocks amid a weaker yen.

The major exporters are weak, with Sony and Mitsubishi Electric slipping almost 1 percent each, while Panasonic is losing more than 1 percent. Canon is edging up 0.3 percent.

In economic news, the manufacturing sector in Japan continued to expand in April, albeit at a slower rate, the latest survey from Jibun Bank showed on Monday with a manufacturing PMI score of 53.5. That’s down from 54.1 in March although it remains above the boom-or-bust line of 50 that separates expansion from contraction.

In the currency market, the U.S. dollar is trading in the lower 130 yen-range on Monday.

Elsewhere in Asia, New Zealand and South Korea are losing 0.9 and 0.6 percent, respectively. Markets is a number of the regional bourses are closed on Monday for Labor Day, including Malaysia, Singapore, Taiwan, China, Hong Kong and Indonesia (Eid-ul-Fitr).

On Wall Street, stocks showed a substantial move back to the downside during trading on Friday following the rally seen in the previous session. The major averages more than offset yesterday’s gains, with the Nasdaq plunging to its lowest closing level since late November 2020.

Meanwhile, the major European markets moved to the upside on the day. While the German DAX Index advanced by 0.8 percent, the U.K.’s FTSE 100 Index and the French CAC 40 Index rose by 0.5 percent and 0.4 percent, respectively.