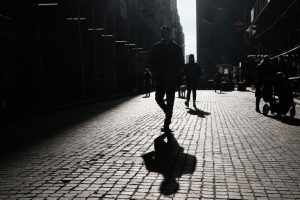 New York (CNN Business)Around the world, warning signs of a recession are flashing.

Wall Street is on edge. Central banks are hiking interest rates to try to rein in inflation. And geopolitical upheaval is exacerbating supply chain headaches that began in 2020.
“We will get a major recession,” Deutsche Bank economists warned last month, staking out the more bearish position on Wall Street. Bank of America, in the still-grim-but-less-dire camp, said the mood in financial markets has been “recessionary.” Goldman Sachs is among the more optimistic of the big banks, but it’s not exactly cheery: The tight labor market has “raised the risk of recession meaningfully,” it said recently. 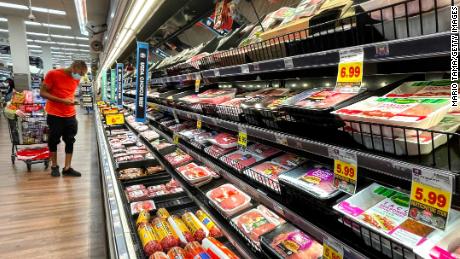 Meanwhile, the Bank of England warned Thursday of double-digit inflation and a possible recession as it raised its key interest rate by a quarter percentage point. China’s economy, the world’s second largest, is stalling, threatening to drag down global growth. And Russia’s war in Ukraine is sending energy and food prices through the roof in the EU and beyond.

If history is any indication, the recent run-up in inflation suggests we’re due for a contraction. With one exception, every US recession since World War II has been preceded by broadly soaring prices, according to the Congressional Research Service.

So, what exactly is a recession, and how much do you need to worry about it? Let’s unpack it.

What is a recession?

First, the textbook definition: A recession is a prolonged period of economic decline, beginning when the economy peaks and ending when it bottoms out.
Recessions are typically marked by an economy shrinking in back-to-back quarters, typically measured by gross domestic product (aka, how much are we collectively buying and producing as a society). But there are exceptions to that rule, including the brief and exceedingly steep recession the United States entered during the early months of the pandemic. And that technical designation doesn’t mean much to anyone who’s not an economist (or a politician — someone who is equally if not more interested in avoiding the “R” word than anyone on Wall Street).
The reality of a recession feels is broadly economically gloomy — think rising unemployment, a stock market in decline, and stagnating or shrinking wages. People often rein in spending as gloom sets in, giving recessions a psychological component that can be hard to shake.
For example: Technically, the Great Recession that began in 2007 lasted just 18 months, but the impact of the crisis weighed on consumers far longer.
Economists call this lingering effect, especially in the labor market, “hysteresis.” The 2020 recession itself was brief, but its mass layoffs and furloughs, along with a rapid shift to working from home, shattered previous assumptions about the value and meaning of work. Around the world, workers’ dissatisfaction with their employers has stirred a movement to seek something better, a phenomenon known as the “Great Resignation.”

What causes a recession?

You could spend a career in economics researching and debating this very question. But let’s focus on the most pressing risk right now: The Federal Reserve’s fight against inflation.
One of the quirks of the modern capitalist system we live in is that when the economy is going too strong, officials have to deliberately hurt it to keep it from going completely off the rails. That’s precisely what the Federal Reserve is trying to do right now.
On Wednesday, the Fed raised its key interest rate a half-percentage point, its most aggressive rate hike in 22 years. Interest rates are the Fed’s primary tool to control inflation, which is currently hovering at 8.5% — the highest it’s been since the early 1980s.
But predicting economic expansions and recessions is notoriously difficult, and the Fed has been historically miserable at it. Late to the “economy is too hot” party, the Fed’s job to tame it has become extremely delicate. The bank has to raise interest rates just enough to take the heat off surging prices. Overdo it, and demand could crater, resulting in a recession. Do too little, and prices may keep going up, which would also lead to a recession.
The ideal outcome is known as a “soft landing,” in which consumer prices come down and economic growth carries on at a steady clip.

How should you prepare?

First, don’t panic: Even if a recession is inevitable, there’s no telling how severe it will be. But it never hurts to plan for the worst. Here are a few ways financial advisers say you can insulate your finances from a downturn.
Lock in a new job now: With ultra-low unemployment and plenty of openings, it’s a job seeker’s market. That could change quickly in a recession.
Cash in on the housing boom: If you’ve been on the fence about selling your home, now may be the time to list. Home prices in the United States are up nearly 20% year over year, but mortgage rates are also rising, which will eventually curb demand.
Set some cash aside: It’s always a good idea to have liquid assets — cash, money market funds, etc — to cover urgent needs or unexpected emergencies.
(Here’s a more comprehensive checklist on how to prepare for a recession.)

Finally, some sage advice for any market: Don’t let your emotions get the better of you. “Stay invested, stay disciplined,” says certified financial planner Mari Adam. “History shows that what people — or even experts — think about the market is usually wrong. The best way to meet your long-term goals is just stay invested and stick to your allocation,”
— CNN Business’ Matt Egan and Jeanne Sahadi contributed to this report.
Source: Read Full Article