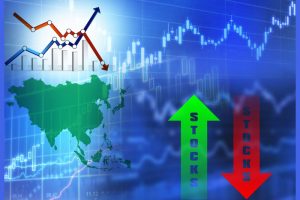 Asian stocks ended mixed on Friday as investors digested recent policy decisions from the U.S. Federal Reserve and the Bank of England and awaited key U.S. payroll data due later in the day for further clues on the economic outlook.

Chinese shares fell sharply amid property market jitters after Kaisa Group Holdings Ltd. and three of its units had their shares suspended.

Kaisa said on Thursday its finance unit had missed a payment on wealth management products it guaranteed in the latest sign of stress in the nation’s beleaguered real estate industry.

Meanwhile, Australian shares eked out modest gains as the country’s central bank boosted its 2022 growth forecast in a quarterly round up of the economy.

Woodside Petroleum lost 1.8 percent after the energy group reduced its share of gas reserves in the Greater Pluto project by about 10 percent.

Seoul stocks declined amid an institutional sell-off, with financial, steel and chemical heavyweights leading losses on worries about possibilities of Chinese stagflation.